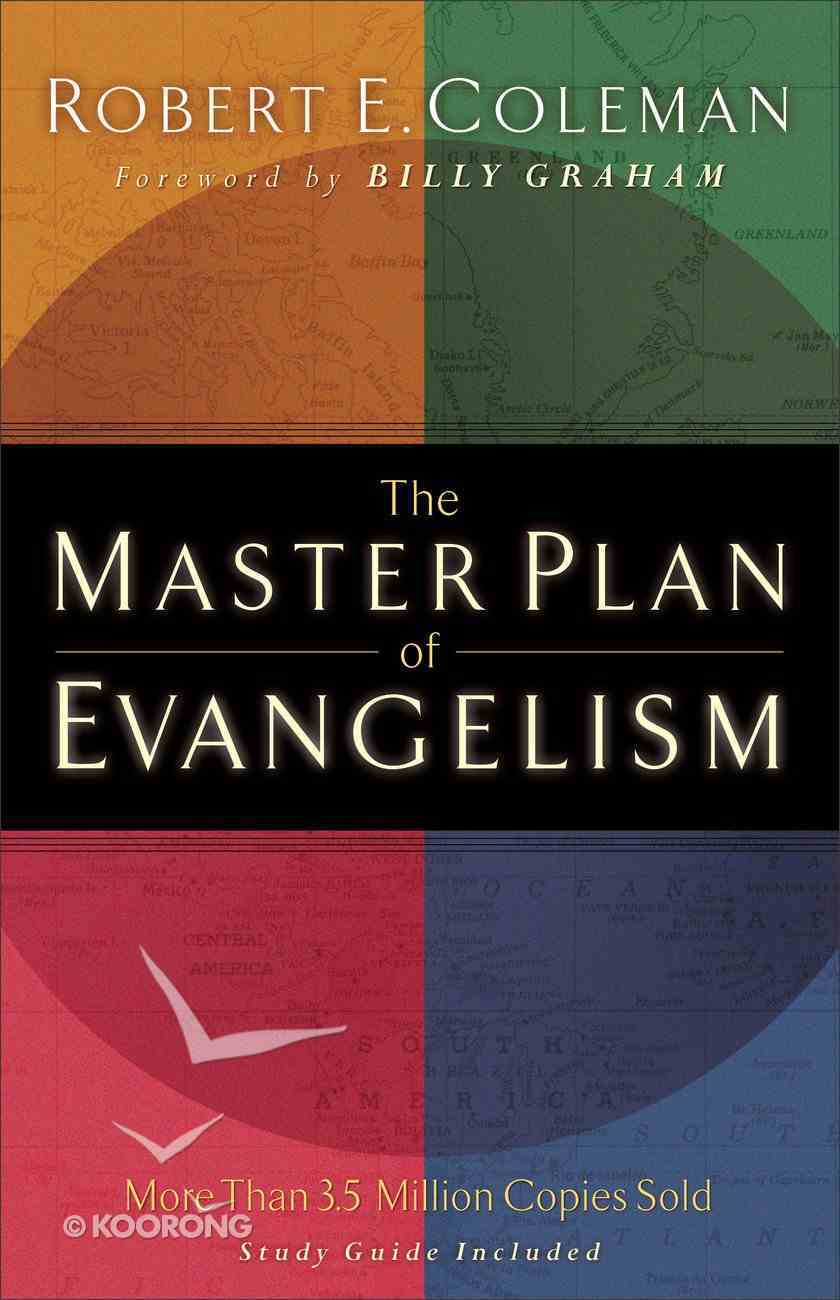 The Master Plan of Evangelism

For more than forty years this classic study has challenged and instructed more than 1.5 million readers in reaching the world for Christ. With a foreword by Billy Graham and now repackaged for a new generation of readers, The Master...

33 available
Expected to ship within 13 hours from Australia.
Learn More
Free Shipping
for orders over $99.

For more than forty years this classic study has challenged and instructed more than 1.5 million readers in reaching the world for Christ. With a foreword by Billy Graham and now repackaged for a new generation of readers, The Master Plan of Evangelism will show every Christian how to minister to the people God brings into their lives. Instead of drawing on the latest popular fad or the newest selling technique, Robert E. Coleman looks to the Bible to find the answer to the question, What was Christ's strategy for evangelism? Through a thorough examination of the gospel accounts, Coleman points out unchanging, simple, yet profound biblical principles of how to emulate Christ to others.

Apatheism: How We Share When They Don't Care
Kyle Beshears
Paperback