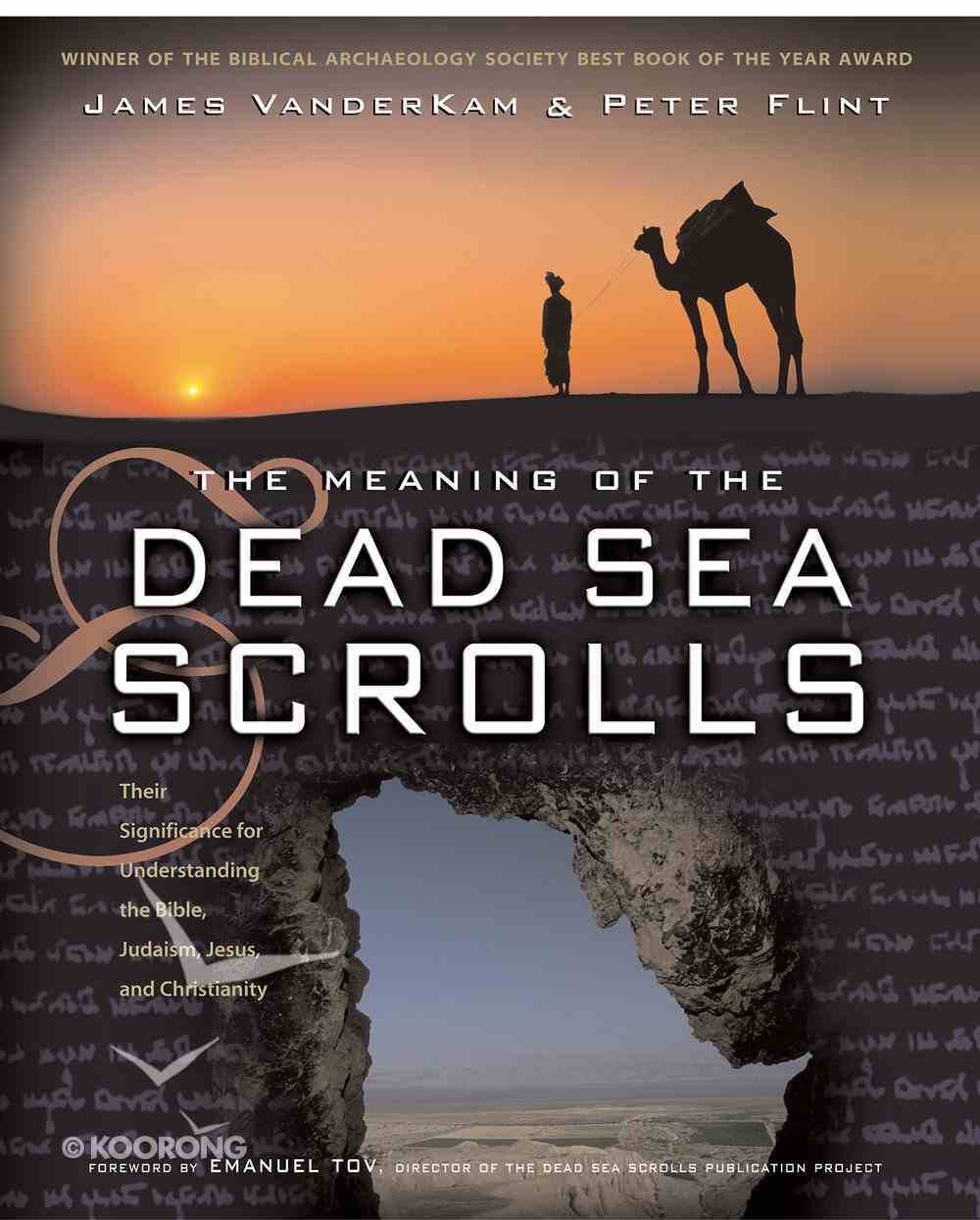 The Meaning of the Dead Sea Scrolls

The Dead Sea Scrolls, found in caves near the Dead Sea fifteen miles east of Jerusalem from 1947 to 1956, include the oldest existing biblical manuscripts and the remarkable texts of the purist Jewish community at Qumran. The discovery of...

Bible From Scratch: A Lightning Tour From Genesis to Revelation
Simon Jenkins
Paperback

The Holy Land For Christian Travellers: An Illustrated Guide to Israel
John A Beck
Paperback

The Dead Sea Scrolls, found in caves near the Dead Sea fifteen miles east of Jerusalem from 1947 to 1956, include the oldest existing biblical manuscripts and the remarkable texts of the purist Jewish community at Qumran. The discovery of the scrolls has added dramatically to our understanding of the varieties of Judaism at the time of Jesus and the rise of Christianity, but has also prompted heated debate about the nature of these religions. As the monumental task of transcribing and translating the Dead Sea Scrolls is finally completed, people around the world are taking stock of the significance of these ancient documents. In this book, two of the world's leading experts on the scrolls reveal the complete and fascinating story in all its detail: the amazing discovery, the intense controversies, and the significant revelations.


Drawing together all the evidence, this timely book explores:

The discovery and dating of the scrolls Their relationship to the Hebrew Bible, Apocrypha, and New Testament Their messianic and apocalyptic messages The identity, nature, and theology of the Qumran community The nonbiblical scrolls Controversies surrounding the scrolls
This comprehensive, up-to-date guide is the definitive introduction to all aspects of the scrolls, including their teachings, the community that created them, the world of Judaism, the origins of Christianity, our understanding of Jesus and the New Testament. Featuring photos of the original texts, the sites, and the scholars who deciphered them, and including illustrative passages from the scrolls, The Meaning of the Dead Sea Scrolls presents the most complete and accurate scholarship on the Dead Sea Scrolls available today.

James C. VanderKam (Ph.D., Harvard University) is the John A. OBrien Professor of Hebrew Scriptures at the University of Notre Dame and a member of the international team charged with editing and translating the unpublished Dead Sea Scrolls. Some of his published works include The Dead Sea Scrolls Today; An Introduction to Early Judaism; The Meaning of the Dead Sea Scrolls, and From Joshua to Caiaphas: High Priests after the Exile
He has edited twelve volumes in the official series Discoveries in the Judaean Desert and another is in process. He is one of the two editors in chief of the Encyclopedia of the Dead Sea Scrolls.
Koorong -Editorial Review.