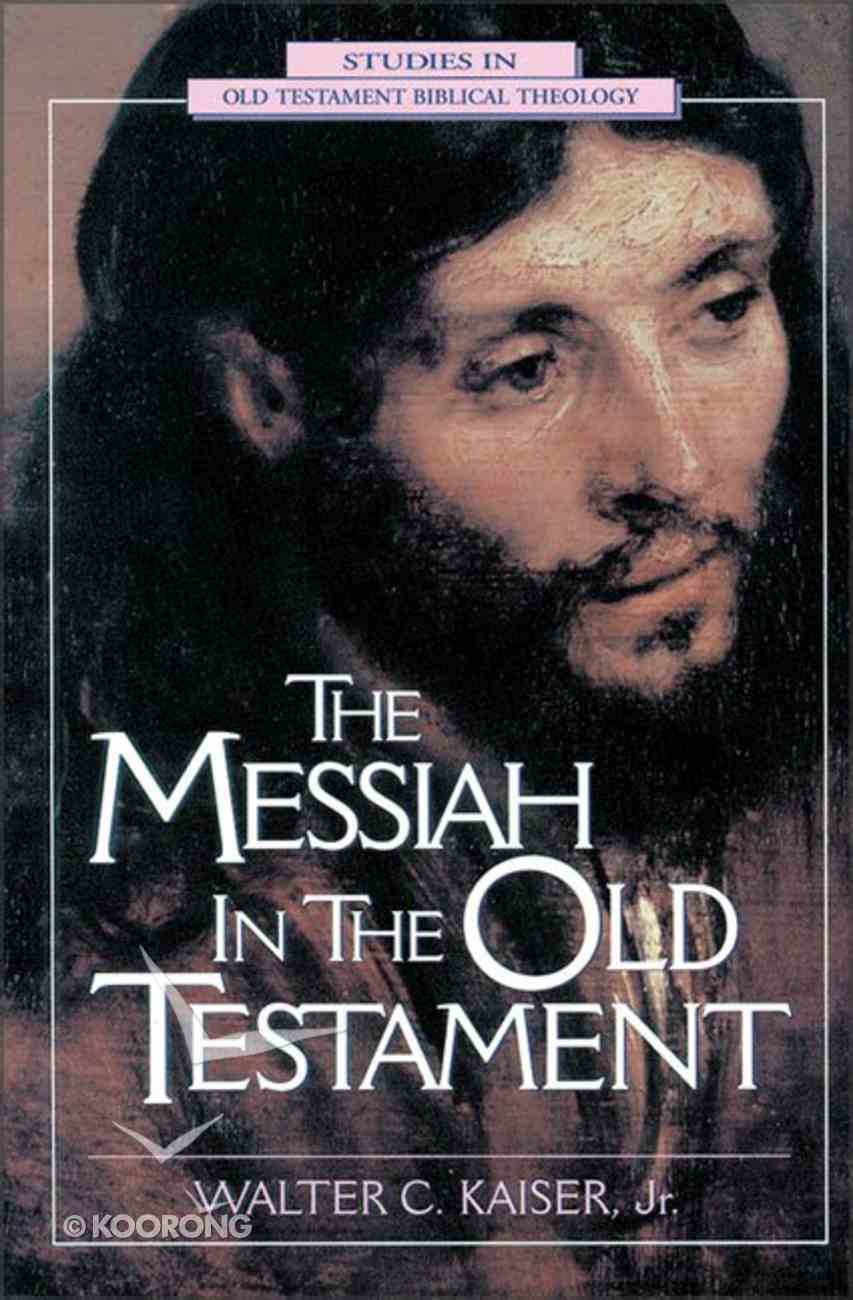 Old Testament texts that point to the coming of the Messiah are traditionally interpreted either from the viewpoint of their New Testament fulfillment (evangelicalism) or their linguistic and grammatical distinctiveness within the Hebrew Bible (non-conservative). The Messiah in the Old...

3 available
Expected to ship on Monday from Australia.
Learn More
Free Shipping
for orders over $99.

Biblical Theology According to the Apostles: How the Earliest Christians Told the Story of the Old Testament (New Studies In Biblical Theology Series)
Christopher Bruno, Jared Compton, Kevin McFadden
Paperback

Old Testament texts that point to the coming of the Messiah are traditionally interpreted either from the viewpoint of their New Testament fulfillment (evangelicalism) or their linguistic and grammatical distinctiveness within the Hebrew Bible (non-conservative). The Messiah in the Old Testament considers another important line of interpretation that has been neglected in building an Old Testament theology. It approaches Israel's concept of the Messiah as a developing theme and shows how a proper grasp of the textual meaning at each stage of Old Testament revelation is necessary for understanding messianic prophecy. Beginning in the Pentateuch and working through the Old Testament to the Minor Prophets, the author delineates texts that are direct messianic prophecies and examines their meaning and development within the flow of God's plan. The reader will gain an understanding of God's process for bringing the Messiah to earth through the nation of Israel, and of his intent to bring t
-Publisher

Chapter 1 Introduction: The Study of Messianism 'What is a 'Christian'?' asked James H. Charlesworth. He responded: 'Most people would answer: one who believes that Jesus of Nazareth was 'the Christ' Jews were expecting. Many Christians, Jews, and most citizens of the modern world would tend to agree on this definition. It is however, misleading and, indeed, inaccurate,' continued Charlesworth, '[because] it assumes three things: (1) that the title 'Christ' fully categorizes Jesus, (2) that Christians are clear and in agreement on what this title, 'Christ,' denotes, and (3) that all, or virtually all, Jews during the time of Jesus were looking for the coming of the Messiah or Christ.' This study of the concept of the Messiah in the OT will attempt to show that 'most people,' according to Charlesworth's estimate, are not that far off the mark, if they are off at all. It will also attempt to recover what Anthony Collins lost when he published in 1724 a volume entitled Discourse of the Grounds and Reasons for the Christian Religion, and its sequel in 1727 entitled The Scheme of Literal Prophecy Considered. In both of these works Collins attempted to show that the use of the literal meaning of certain messianic proof-texts from the OT could not support the messianic interpretation placed on them by the NT. According to him, only the original (i.e., the literal) sense could be declared as the valid and true meaning of the text. The so-called 'complete' or 'spiritual' fulfillment of these OT texts that many were applying to Jesus, Collins concluded, could be no more than an illustration; in any case, they did not amount to a specific 'proof' that Jesus had been anticipated as the 'messiah' with certain characteristics and works in the prophets' own times. Thus the eighteenth century began the long debate, which has continued to this very hour, about the apologetic 'argument from prophecy' for the Messiah. It is interesting to note that in 1742, less than twenty years after the first volume authored by Collins appeared, George F. Handel's oratorio The Messiah had its first performance. That work, which continues to be a favorite across many cultures to this day, uses the basic compilation of Scriptural passages and reflects the type of conclusions that 'most people' have about the significance and meaning of the OT passages cited. A. DEFINITIONS It is helpful to define several of the terms we use in this study of Messianism in the OT, using the methodology of Biblical Theology. This is particularly helpful since the debate has attracted so much attention and the stakes in the argument are, from many points of view, as fundamental as the very definition for 'Christianity' itself. 1. Messianic. One source of confusion is that the term 'messianic' has a much wider range of meaning than 'Messiah.' 'Messianic' usually is applied to everything in the OT when it refers the hope of a glorious future. This suggests that the central feature of the coming golden age is the expectation of the Savior and King Messiah. But that fact is hotly debated, for in the minds of most scholars today, the oldest and most general expectation was for a coming era of happiness. Only in much later times, according to this academic consensus, was the hope of the Messiah connected with this expectation. The chronological question of what was early and what was late in Scripture will always be a source of vigorous debate, especially when the arguments are based almost exclusively on internal evidence. This opens the door for a large measure of speculation and subjectivity. But the majority of passages that speak about the glorious future do not refer to a future king at all; instead, they are usually about Yahweh, who acts either in judgment or deliverance. Accordingly, many of the passages scholars believe are mistakenly called messianic are better placed simply under the category of eschatology. The problem we will have to face is the one where the identity and work of Yahweh coincides or overlaps with that of Messiah. If the text develops a link between the person and work of Yahweh and that of Messiah, most of the objections to including messianic materials under the rubric of 'Messiah' will disappear. 2. Messiah. What about the term messiah? The Hebrew term mamsh�ah. appears thirty-nine times in the OT and is rendered in the Septuagint by the Greek christos, which became the official designation for Jesus in the NT and, at first, a pejorative way of referring to his followers: 'Christians.' The Hebrew form is a verbal noun derived from mamshah., which is similar in meaning to what the participle mamsh�ah. means (e.g., 2Sa 3:39), translated 'anointed.' In the prevailing sense of this root (except for the two uses in Isa 21:5; Jer 22:14), the idea is one of consecrating objects or persons for sacred purposes---the altar, the basin, etc. The noun, however, is only applied to animate objects: those who were consecrated in this category were priests, prophets, and kings. While many scholars claim that the term messiah was used in a more general sense as an epithet of kings, priests, and prophets (indeed, even of the foreign King Cyrus; cf. Isa 45:1), and never in its later technical sense, the text seems to argue the reverse in at least nine of its thirty-nine occurrences. These nine passages did picture some 'anointed one' who would be coming in the future, usually in the line of David, and who would be Yahweh's king: 1 Samuel 2:10, 35; Psalms 2:2; 20:6; 28:8; 84:9; Habakkuk 3:13; Daniel 9:25, 26. But this term was neither the most frequent nor the clearest in the OT to depict the expected King who would reign on David's throne. If a more promising title were to be chosen, based on frequency alone, it would be 'Servant of the Lord.'

Servant of the Lord and His Servant People, The: Tracing a Biblical Theme Through the Canon (New Studies In Biblical Theology Series)
Matthew S Harmon
Paperback

God of All Comfort: A Trinitarian Response to the Horrors of This World (Studies In Historical And Systematic Theology Series)
Scott Harrower
Paperback