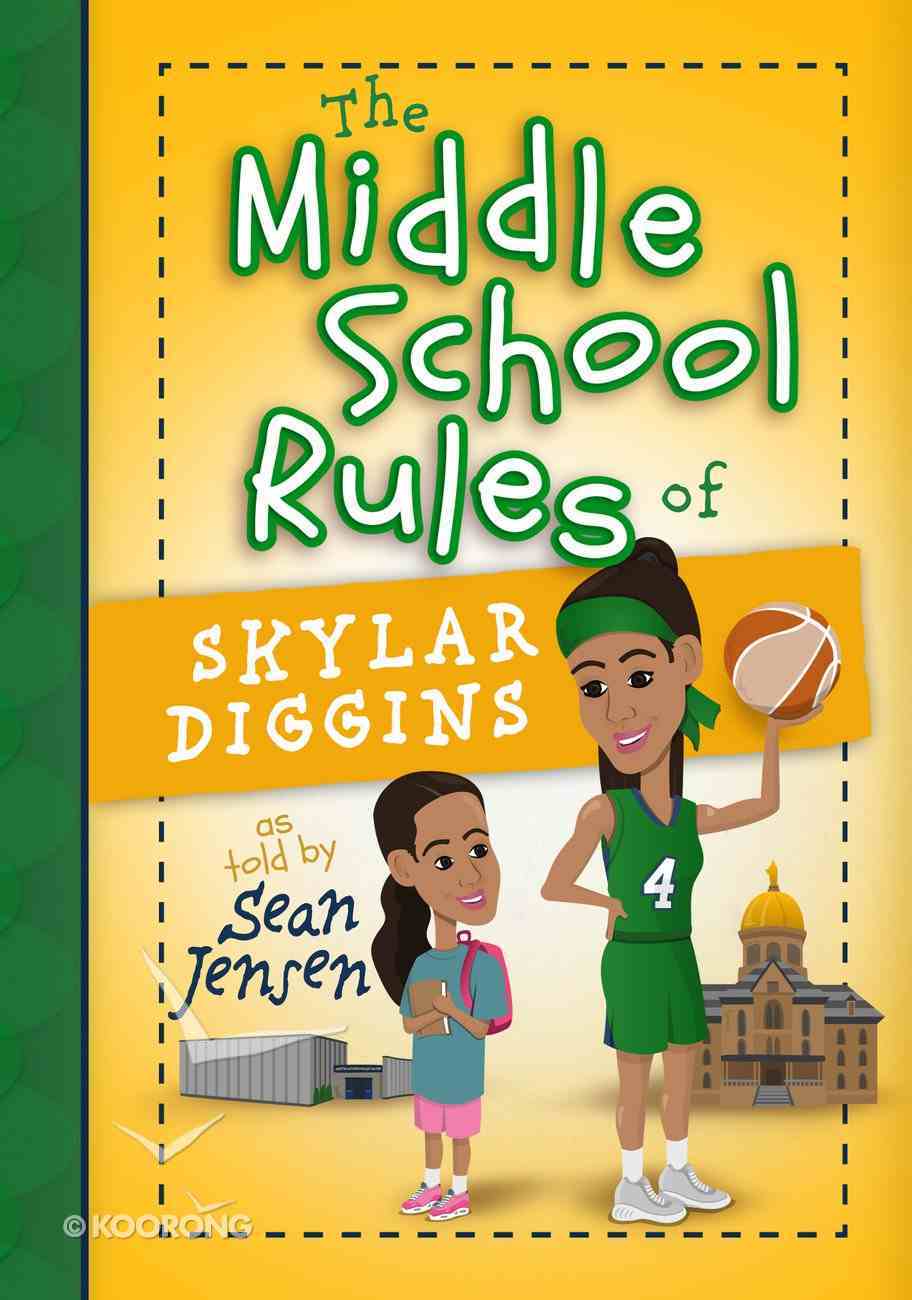 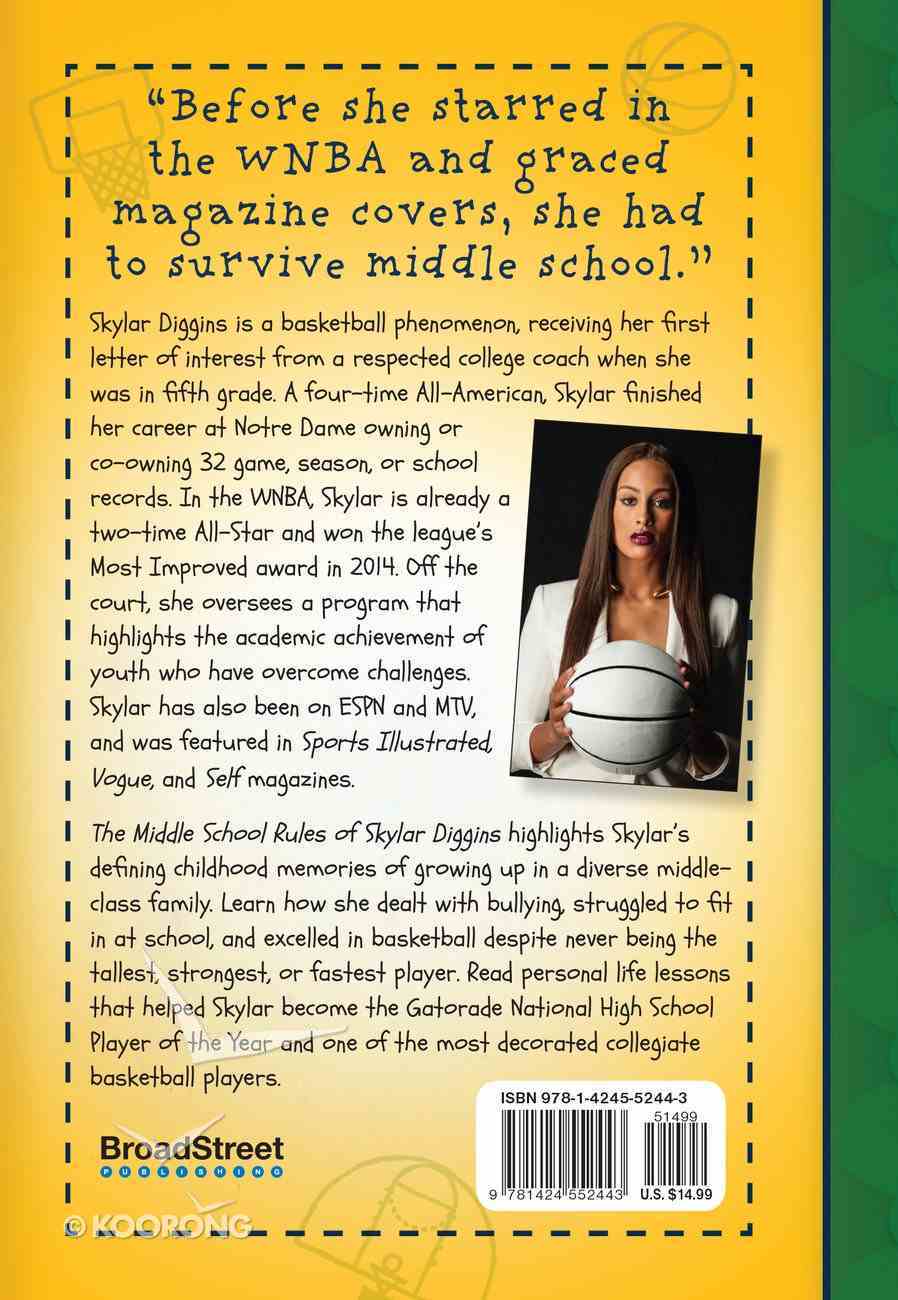 : Skylar Diggins is a basketball phenomenon, receiving her first letter of interest from a respected college coach when she was in fifth grade. She is an icon: signing as the first female client of Jay Z's Roc Nation...

50+ Available
Expected to ship within 10 hours from Australia.
Learn More
Free Shipping
for orders over $99.

Skylar Diggins is a basketball phenomenon, receiving her first letter of interest from a respected college coach when she was in fifth grade. She is an icon: signing as the first female client of Jay Z's Roc Nation Sports, serving as the face of Nike's Women's Basketball Collection, and establishing herself as a must-follow on social media platforms such as Instagram (931,000 followers) and Twitter (604,000 followers).

The Middle School Rules of Skylar Diggins features Skylar's defining childhood stories and lessons about growing up in
a diverse middle-class family. Young readers will learn how Skylar dealt with bullying, struggled to fit in at school, and figured out how to excel in basketball despite never being the tallest, strongest, or fastest player.

Skylar shares personal anecdotes that helped her become the Gatorade National High School Player of the Year and one of the most decorated collegiate basketball players. "She was the most important recruit in the history of our program," Notre Dame women's basketball head coach, Muffet McGraw, says. "Skylar was in our own backyard, and we couldn't let her get away."
Skylar Diggins did not disappoint.

A four-time All-American, Skylar finished her career at Notre Dame owning or co-owning 32 game, season, or school records, and earned the distinction as one of just six NCAA Division 1 players to compile 2,000 points, 500 rebounds,
500 assists, and 300 steals in a career. In the WNBA, Skylar, is starting guard for the Dallas Wings, a two-time All Star Starter, WNBA's 2014 Most Improved Player and Named to WNBA's 2014 First Team.

Off the court, she oversees Skylar's Scholars, a program that highlights the academic achievement of youth who have overcome challenges or achieved goals, and she serves on the board of directors for the GenYouth Foundation. Aside from sports mediums like ESPN and Sports Illustrated, Skylar has also been featured in Vogue and Self, and has been on MTV.

SEAN JENSEN was born in South Korea. He was adopted and grew up in California, Massachusetts, and Virginia, mostly on or near military bases. Given his unique background, he's always been drawn to storytelling, a skill he developed at Northwestern University and crafted as a sportswriter for the last 16 years, almost exclusively covering the NFL. During his career, he's fostered strong relationships with athletes in multiple sports, and penned award-winning features on Derrick Rose and Adrian Peterson, among others.

I Would Die For You: One Student's Story of Passion, Service and Faith
Brent Higgins, Deanna Higgins
Paperback

It Can't Be as Simple as That
Douglas Macmillan
Booklet