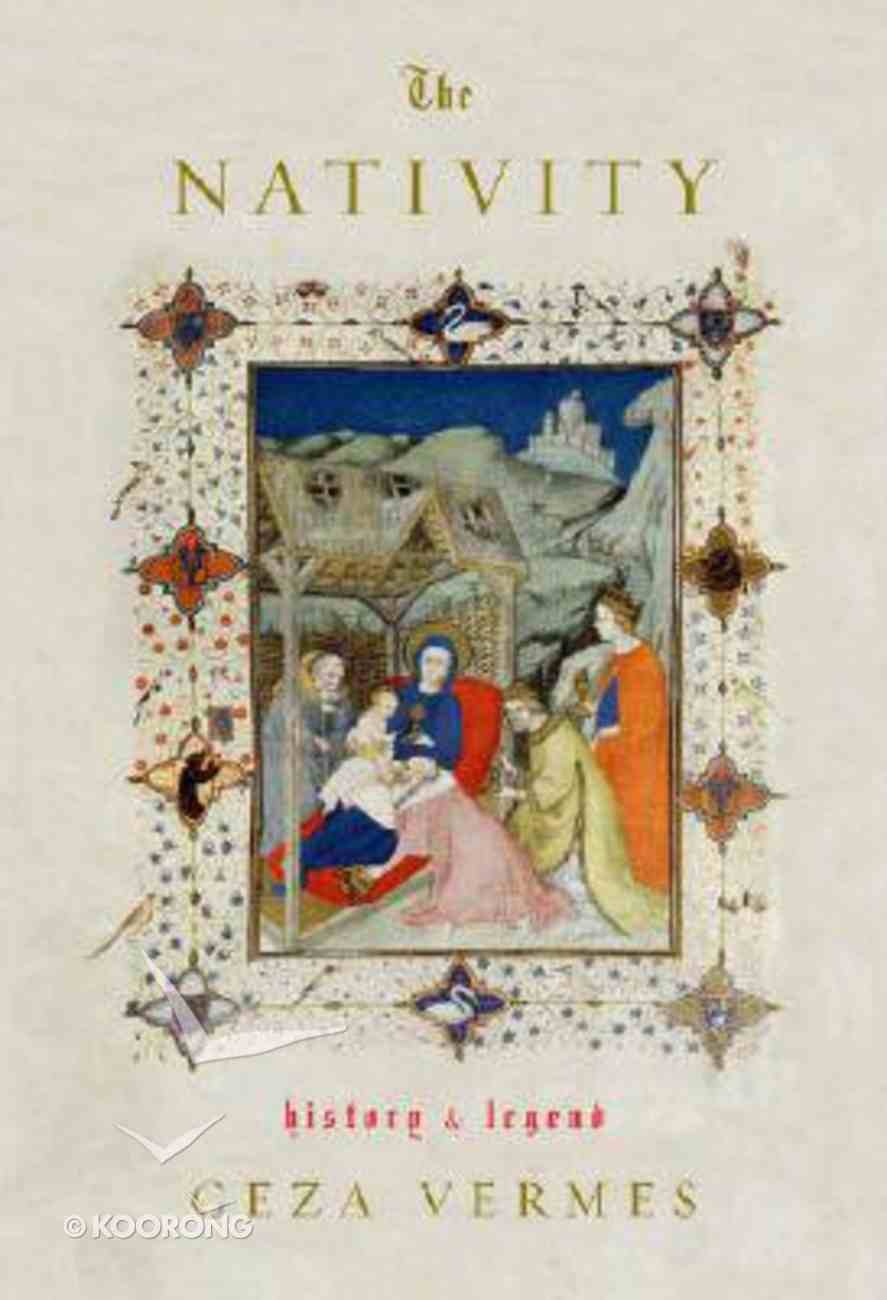 1 The Nativity in Christian Imagination and in the Gospels THERE ARE THREE VERSIONS OF THE Nativity play. Churchgoers of all ages are familiar with the first. It is regularly sketched, Christmas after Christmas, in sermons preached from the pulpit....

1 The Nativity in Christian Imagination and in the Gospels THERE ARE THREE VERSIONS OF THE Nativity play. Churchgoers of all ages are familiar with the first. It is regularly sketched, Christmas after Christmas, in sermons preached from the pulpit. It can be found and admired on the great Nativity canvases lovingly created by Christian artists over the centuries. One sees a bearded old man walking beside a donkey on whose back a heavily pregnant young woman rides. The towers of Bethlehem are faintly visible in the distance. In the crowded city the inns are packed, and Joseph, after much toing and froing and searching, can discover only a modest shed in the neighborhood for Mary to give birth to her son. The newborn Jesus is laid by his mother in the manger between a cow and an ass. Old Joseph observes the scene with benevolent and detached admiration. Local shepherds are alerted by an angel and learn about the arrival in the world of the Savior of the Jews. Soon three kings approach, robed in glorious apparel. They have been led from the fardistant Orient via Jerusalem to Bethlehem by a mysterious star. At the royal palace they inquire where the recently born king of the Jews can be seen. First no one knows. So on the advice of experts summoned by Herod, the kings are sent to Bethlehem and with the help of the reappearing star they find the stable, greet and worship Jesus, and offer him regal presents. The curtain falls: end of act one. Like a child's fairy tale, the Christmas story consists of an admixture of the charming and the dreadful. In act two, generally not featured in Nativity plays, sweetness and joy suddenly vanish and disaster looms on the horizon when bloodthirsty Herod enters the fray. Realizing that the kings have tricked him and slipped out of the country, Herod lets loose his cruel soldiers on the infant boys of Bethlehem. They all perishfrom newborn babes to toddlersexcept the child who has made Herod so anxious. Suddenly the scene changes again. Joseph falls asleep and dreams of an angel, who sounds the alarm: father, mother, and child must flee at once. Again we see the old man on the road, accompanied by his faithful donkey, but this time it carries the baby and his mother. Cleverly avoiding Herod's frontier guards, they escape from Judaea and reach the safe haven of Egypt, the land of the Nile. In the last act the scenario gets slightly bogged down. The final phases of the drama become hazy. We are presented with the circumcision of Jesus and with his presentation in the Temple of Jerusalem, but we do not learn when these things happened in relation to the escape to Egypt. Nor are the reason and the time of Jesus' move to peaceful Galilee and a happy childhood specified. The Christian mind does not seem to be greatly bothered by these matters. Its perspective is compact and its chronological framework is foreshortened. For the ordinary faithful all the happenings are squeezed together between Christmas and Candlemas. According to the liturgy of the Church, Jesus was born on December 25. The innocents of Bethlehem were murdered three days later. Jesus was circumcised on January 1. In my Oxford University diary New Year's Day is still designated as the feast of the circumcision, but sadly in the Roman Catholic missals, revised after the Second Vatican Council, a solemnity of Mary, Mother of God, has been substituted for the old Latin rite'sCircumcisio Domini(the circumcision of the Lord), and in consequence the Gospel reading "And at the end of eight days, when he was circumcised, he was called Jesus" has disappeared from the day's service. Jesus and Mary (and maybe Joseph) visited the Temple on February 2. So the Egyptian episode must have taken place between late December and the beginning of February, and the trip to Galilee immediat
-Publisher

Geza Vermes is one of the world's leading authorities on Judaism in the age of Jesus. His pioneering work on the Dead Sea Scrolls and the historical Jesus led to his appointment as a Christian as the first Professor of Jewish Studies at Oxford, where he is now Professor Emeritus. His Complete Dead Sea Scrolls,first published in 1962, since revised and edited, and now in its sixth printing,is widely considered a classic and foundational text. Since 1991, he has been the director of the Forum for Qumran Research at the Oxford Centre for Hebrew and Jewish Studies, and he was elected Fellow of the British Academy in 1985 and of the European Academy in 2001. Some of his published works include The Nativity, The Resurrection, The Authentic Gospel of Jesus, Jesus the Jew and The Passion.

Made Man: Why God Becoming Human is So Shocking, So Necessary and So Life-Changing
Craig Hamilton
Paperback