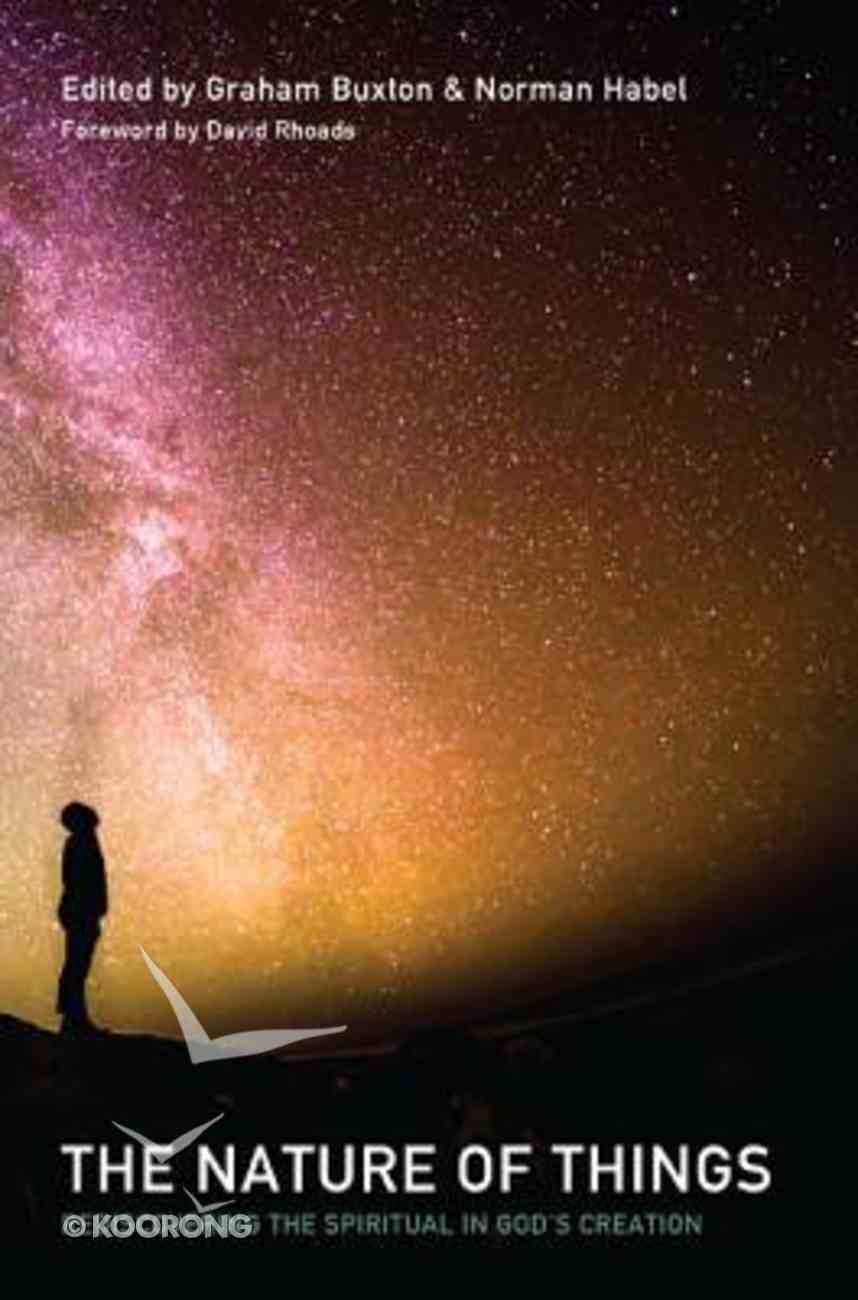 The Nature of Things: Rediscovering the Spiritual in God's Creation

In 2015 a conference on ""Rediscovering the Spiritual in God's Creation"" was held at the Serafino winery complex in the McLaren Vale region of South Australia. The aim of the conference was not to seek consensus but to survey the...

Christianity and the Renewal of Nature
Sebastian Kim
eBook

In 2015 a conference on ""Rediscovering the Spiritual in God's Creation"" was held at the Serafino winery complex in the McLaren Vale region of South Australia. The aim of the conference was not to seek consensus but to survey the landscape with a view to intentional responsible action in caring for God's creation. Delegates were challenged to recognize their own worldviews and to widen their horizons to encompass the enormity of the transcendence and immanence of God's presence in all creation. A group of leading international scholars and experts in the fields of science, ecology, theology, and ethics participated in a multidisciplinary conversation on the spiritual in creation, with the aim of discovering fresh horizons with regard to creation care, liturgy, justice, and discipleship within the Christian community. The chapters in this volume reflect the diversity of perspectives summarized in The Serafino Declaration, which was crafted towards the end of the conference. This declaration (which opens the volume) outlines a range of views relating to the presence of the spiritual in creation, views that are both traditional and radical. This volume highlights the current concern over ecological destruction and finds sources of inspiration in the deepest roots of our traditions and forms of spirituality to sustain efforts towards custodianship of the land and care for God's creation. ""The theological doctrine of the presence of Godwithincreation has traditionally been an oft-ignored theme throughout church history, for a variety of rationale. Perhaps, in some critical way, this has contributed to the church's hostile posture toward the ecological crisis. But change is afoot. To aid in reversing this, The Nature of Thingsexercises a sensitive and attentive eye in retrieving this lost doctrinal dimension of the church's worship. Kudos to Bruxton and Habel for directing such a needed and refreshingly diverse orchestra."" --A. J. Swoboda, Pastor; Professor, George Fox Evangelical Seminary, Fuller Theological Seminary; Author ofThe Dusty Ones; Executive Director, Seminary Stewardship Alliance ""This book is an invaluable source for rethinking Christian theology and spirituality in relation to the natural world and evolution itself. It is a superb collection of essays by leading Christian theologians, Biblical scholars, and ethicists. Clearly one of the most important books on this subject yet to be published."" --Mary Evelyn Tucker, Yale Forum on Religion and Ecology Graham Buxton is a Senior Research Fellow at the Graeme Clark Research Institute at Tabor College of Higher Education in Adelaide, South Australia, and currently serves as a Professor of Theology at Fuller Theological Seminary in California. His most recent books are An Uncertain Certainty (Cascade Books, 2014) and a revised edition of Dancing in the Dark (Cascade Books, 2016). Norman Habel is a Professorial Fellow at Flinders University. He has taken the lead internationally in the field of ecological hermeneutics, specializing in ecology and the Bible, as well as Wisdom literature. His writing initiatives include The Land Is Mine (1995), Exploring Ecological Hermeneutics (2008), and The Season of Creation (2011)."
-Publisher

Norman C. Habel, Ph.D. (1964), Concordia Seminary, is Professorial Fellow at Flinders University of South Australia. He is editor of the five-volume series, The Earth Bible (Pilgrim Press). Peter Trudinger, Ph.D. (2002), in Hebrew Bible (Psalms), Emory University, is Senior Lecturer in Biblical Studies at Flinders University, and the author of The Psalms of the Tamid Service: A Liturgical Text from the Second Temple (Brill).

David Rhoads is Professor of New Testament at the Lutheran School of Theology, Chicago.

Creation Care and the Gospel: Reconsidering the Mission of the Church
Colin Bell
eBook