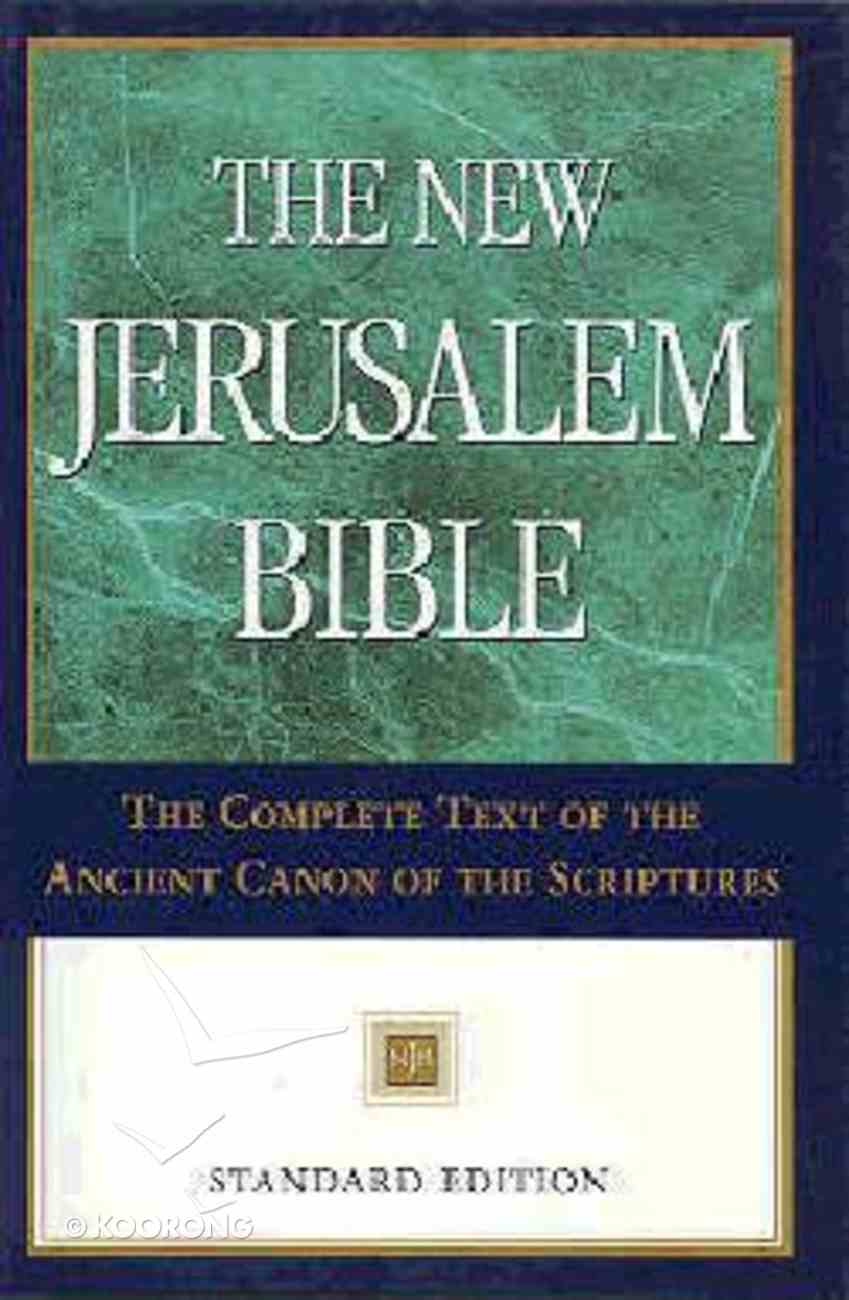 In the mid-twentieth century, Christianity faced the dangers of becoming an irrelevant social relic and of being written off as a mythology out of touch with modern reality. To combat these challenges, scholars from the esteemed L'Ecole Biblique in Jerusalem...

In the mid-twentieth century, Christianity faced the dangers of becoming an irrelevant social relic and of being written off as a mythology out of touch with modern reality. To combat these challenges, scholars from the esteemed L'Ecole Biblique in Jerusalem began the daunting task of translating the Scriptures with two corresponding modern principles in mind. First, they wanted to ensure that the Bible kept abreast of the times; second, they strove for a deepening of theological thought. The result was a translation from the original languages of the complete canon of Catholic Scriptures, based on the most up-to-date Bible scholarship, originally published in 1956 as La Bible de Jerusalem. It contained contemporary language, plus essential notes that were neither sectarian nor superficial. A decade later, the English-language Jerusalem Bible came out, a new translation that not only inspired lay readers but also met the needs of the scholarly community. Before long, The Jerusalem Bible became widely celebrated, a work praised as much for its accessibility as for its faultless scholarship, and soon took its place as one of the most revered and popular translations. Between 1966 and 1986, the impact of Vatican II, new archaeological discoveries, and great strides in biblical research led to a complete revision of The Jerusalem Bible. Published in 1986, The New Jerusalem Bible, continuing the tradition of The Jerusalem Bible, quickly became a favorite in both church and home. Around the world, people are discovering for themselves, and some for the first time, the mysteries contained in the Scriptures. To meet the growing demand for readable modern Bible translations, Doubleday has reset The New Jerusalem Bible in a new, user-friendly Standard Edition. An exquisite typeface and a two-column format make this the Bible of choice for personal reading as well as for serious study. The Standard Edition provides the spiritual nourishment and guidance that readers have come to expect from The New Jerusalem Bible, in the most accessible and easy to use style available today.
-Publisher

"The New Jerusalem Bible: Standard Edition" will satisfy the great need for an authoritative version of "the greatest story ever told" in a package so attractive, user friendly, and affordable, this edition is destined to become a classic. Using the same translation that has been hailed as "truly magnificent" ("Journal of Bible Literature"), the Standard Edition has a completely redesigned interior, set in a two-column format for easy reading. With all the best features of much more cumbersome and costly versions, this Bible is a must-have for home, church, and school.
-Publisher

Dom Henry Wansbrough OSB is Master of St Benets Hall, Oxford, and editor of The New Jerusalem Bible. Besides lecturing and broadcasting both in England and the USA, he has written many books in Genesis and Luke (People's Bible Commentary and The Passion and Death of Jesus . He is the only English member of the Popes Biblical Commission.