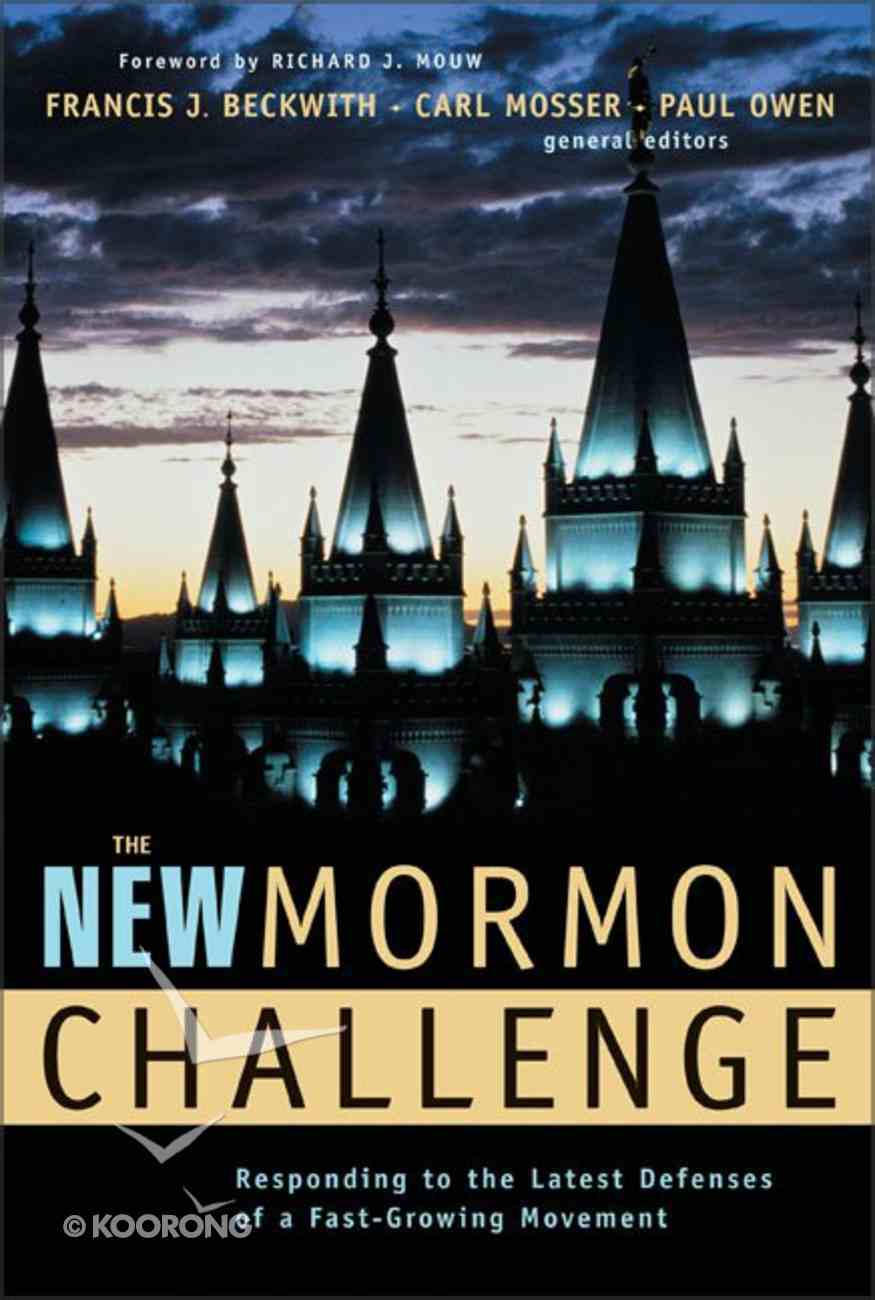 Current facts about Mormonism-Over 11 million members.-Over 60,000 full-time missionaries--more than any other single missionary-sending organization in the world.-More than 310,000 converts annually.-As many as eighty percent of converts come from Protestant backgrounds. (In Mormon circles, the saying is, "We...

Current facts about Mormonism-Over 11 million members.-Over 60,000 full-time missionaries--more than any other single missionary-sending organization in the world.-More than 310,000 converts annually.-As many as eighty percent of converts come from Protestant backgrounds. (In Mormon circles, the saying is, "We baptize a Baptist church every week.") -Within fifteen years, the numbers of missionaries and converts will roughly double.-Within eighty years, with adherents exceeding 267 million, Mormonism could become the first world-religion to arise since Islam. You may know the statistics. What you probably don't know are the advances the Church of Jesus Christ of Latter-day Saints (LDS) is making in apologetics and academic respectability. With superb training, Mormon scholars outclass many of their opponents. Arguments against Mormon claims are increasingly refuted as outdated, misinformed, or poorly argued. The New Mormon Challenge is a response to the burgeoning challenge of scholarl
-Publisher

Written by an international team of respected Christian scholars, this freshly researched rebuttal of Mormon doctrine will aid those sharing the gospel with Mormons and those investigating Mormonism on their own.
-Publisher

Paul Owen (PhD, University of Edinburgh) is assistant professor of Bible and religion at Montreat College. He has published significant articles on Mormonism in both evangelical and Mormon journals. He lives in Asheville, North Carolina.

Carl Mosser (PhD candidate, University of St. Andrews) has published significant articles on Mormonism in both evangelical and Mormon journals.

THE APOLOGETIC IMPULSE IN EARLY MORMONISM The Historical Roots of the New Mormon Challenge CRAIG J. HAZEN Craig J. Hazen is Associate Professor of Comparative Religion and Christian Apologetics at Biola University and Director of the Graduate Program in Christian Apologetics. He earned a B.A. from California State University, Fullerton; studied law and theology at the International Institute for Law and Theology in Strasbourg, France; and earned an M.A. and Ph.D. in religious studies from the University of California at Santa Barbara. Dr. Hazen is the author of The Village Enlightenment in America: Popular Religion and Science in the Nineteenth Century (University of Illinois Press) and editor of the philosophy journal Philosophia Christi. His academic work has received multiple awards for excellence from the American Association for the Advancement of Science and the American Academy of Religion. His articles have appeared in Journal of the American Scientific Affiliation, Journal of Christian Apologetics, and the Proceedings of the International Congress of the History of Science, among others. The flamboyant governor of Minnesota, former theatrical wrestler and Navy SEAL Jesse 'the body' Ventura said in a highly publicized and provocative interview that he considered religious people to be inherently 'weak-minded' folk. By doing so he was parroting a popular notion of arm-chair agnostics that people who embrace religion are gullible and needy; they are people willing to give up all or a certain amount of rationality in order to have their emotional needs met by some type of spirituality or superstition. A furor ensued in his state, and his popularity rating plunged, but to some extent the governor's remark had some basis in reality. Many get the same impression very quickly by talking to the rank-and-file devotees in most religious movements. The average believer generally does not have the training or the interest in articulating or defending a coherent, systematic worldview that captures and makes sense of his or her faith. This is certainly true with regard to the movements that are addressed in this essay, evangelical Christianity and Mormonism. Both movements have been characterized as anti-intellectual, and detractors have not been slow with insults to both groups along those lines. What both Christians and Mormons in North America know, though, is that those who characterize and insult the groups in this way are themselves not particularly well informed. In both modern American evangelicalism and Mormonism there are significant pockets of believers who are scholars and thinkers, people who are committed to making a vigorous defense of their respective faiths based on reason and on the very best evidence. Whether the case these thinking believers make is sound and persuasive is another question, but the fact that there are LDS and evangelical Christian scholars who would very much like to show that their belief systems are eminently reasonable is not up for dispute. The accusation of anti-intellectualism and gullibility on the part of believers was especially rife in the early years of the Church of Jesus Christ of Latter-day Saints. As religious historian Jan Shipps put it, outsiders saw Mormonism pandering 'to the superstitious, the gullible, and the fearful.' They would accuse 'Mormonism of 'blinding' its adherents so effectively that when they heard Smith's report of his visions and his explanation of the origins of the Book of Mormon, they could not distinguish truth from falsehood.' Just a month after the publication of the Book of Mormon, newspaper editors like Abner Cole of the Palmyra, New York, Reflector began the lampooning and discrediting of the new 'Gold Bible,' Joseph Smith (1805-- 44), and his followers. Mormon historian Richard L. Bushman correctly noted that early on there was simply an assumption that 'they had to be dull because it was axiomatic that superstition flourished in ignorance.' That there were undiscerning converts to Joseph Smith's new religion in the nineteenth century is a given. That they were all, or even mostly such, is a myth. Clearly, there was an advantage to early opponents of the Mormon movement's slapping a pejorative label on those who chose to join. It made the overall task of response and refutation much easier and perhaps more effective. Some adversaries at the time went so far as to claim that Joseph Smith was adept at the power of 'animal magnetism' or 'fascination' and hence could wield undue influence over the minds of potential converts. These kinds of characterizations held on for years. Esteemed Mormon historian Leonard J. Arrington tried to gauge popular views of the movement in the nineteenth century by examining fiction that involved the Latter-day Saints in the plot line. He discovered that almost every one of the fifty novels that described Mormon life saw the people as incurably ignorant if not also lecherous and depraved. One can not make full sense of the initial rise of Mormonism without recognizing that there were strong elements in it that resonated with thoughtful people on the frontier. I do not mean by this that the 'rational' element was the only factor, perhaps it was not even the primary or secondary factor to which one can attribute the success of the early LDS movement. But for many at the time there was undoubtedly a logic to it and certainly enough cultural resonance of a rational sort in the message of the Mormon 'restoration' of Christianity to attract intelligent, reflective people. Of course, I am not talking here about professors, academics, or trained scholars---there were none in the early LDS Church. But here I would make the same point that social anthropologist Stanley Jeyaraja Tambiah and historian of Mormonism D. Michael Quinn both make: that we should be sure to carve out a 'distinction between the academic and the folk, not between intelligent and unintelligent.' We are discussing here very bright but not highly educated people on the frontier who were unwilling to join a religious movement without what they thought were good reasons.