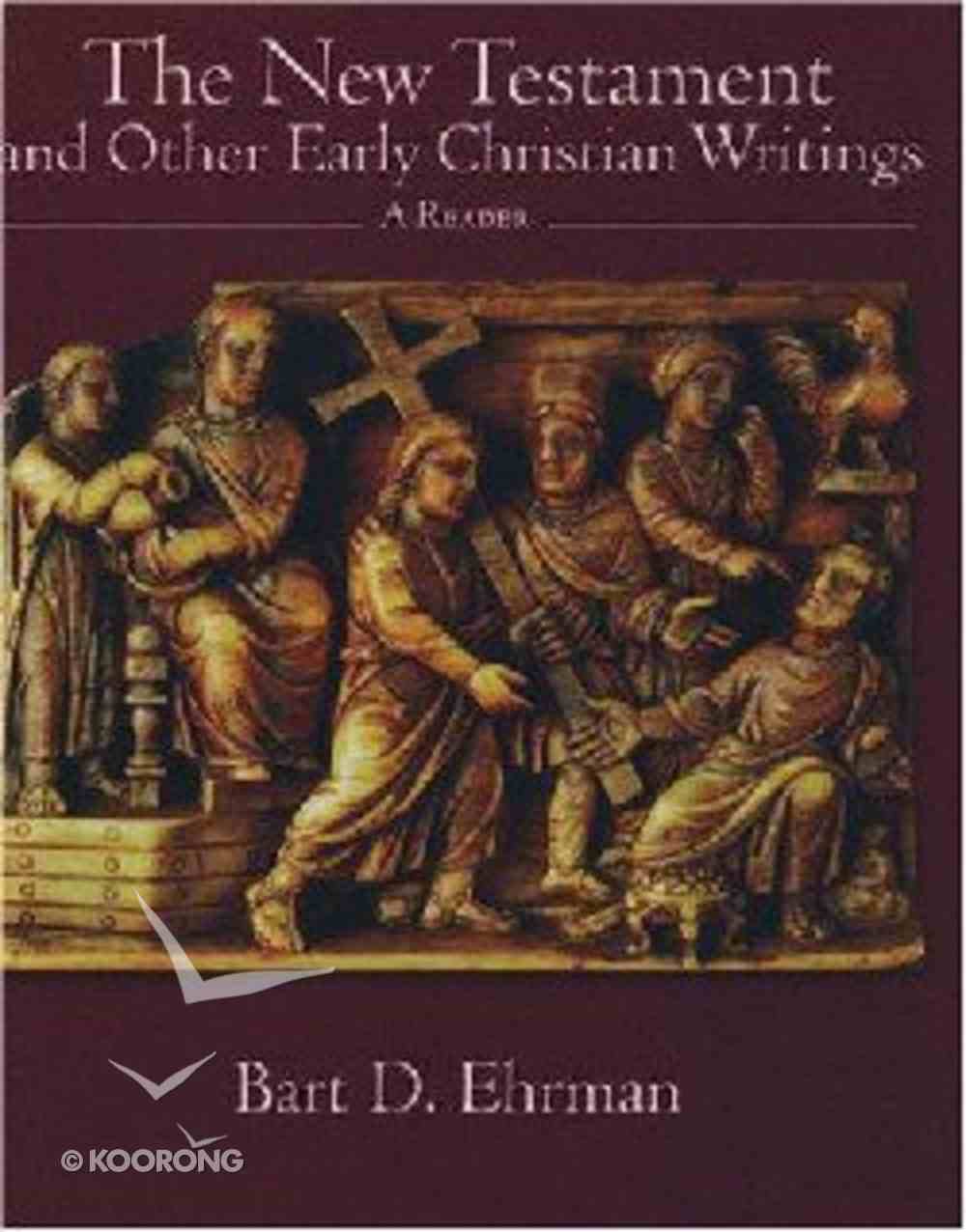 The New Testament and Other Early Christian Writings

The twenty-seven books of the New Testament were not the only writings produced by early Christians. Nor were they the only ones to be accepted, at one time or another, as sacred Scripture. Unfortunately, nearly all the other early Christian...

The twenty-seven books of the New Testament were not the only writings produced by early Christians. Nor were they the only ones to be accepted, at one time or another, as sacred Scripture. Unfortunately, nearly all the other early Christian writings have been lost or destroyed. But approximately twenty-five books written at about the same time as the New Testament have survived, books that reveal the rich diversity of early Christian views about God, Jesus, the world, salvation, ethics, and ritual practice. ^ This reader presents, for the first time in one volume, every Christian writing known to have been produced during the first hundred years of the church (30-130 C.E.). In addition to the New Testament itself, it includes other early non-canonical Gospels, Acts, Epistles, and Apocalypses, as well as additional important writings, such as those of the Apostolic Fathers. Each text is provided in an up-to-date and readable translation (including the NRSV for the New Testament), a
-Publisher

Bart D. Ehrman (Ph.D., Princeton Theological Seminary) is the James A. Gray Distinguished Professor of Religious Studies at the University of North Carolina, Chapel Hill. He is the author of more than twenty books, including the New York Times bestselling Misquoting Jesus; Jesus, Interrupted:Revealing the Hidden Contradictions in the Bible (And Why We Don't Know About Them); God's Problem: How the Bible Fails to Answer Our Most Important Question--Why We Suffer and God's Problem. Ehrman and is a leading authority on the Bible and the life of Jesus. He has been featured in Time and has appeared on Dateline NBC, The Daily Show with Jon Stewart, CNN, the History Channel, major NPR shows, and other top media outlets. He lives in Durham, N.C.