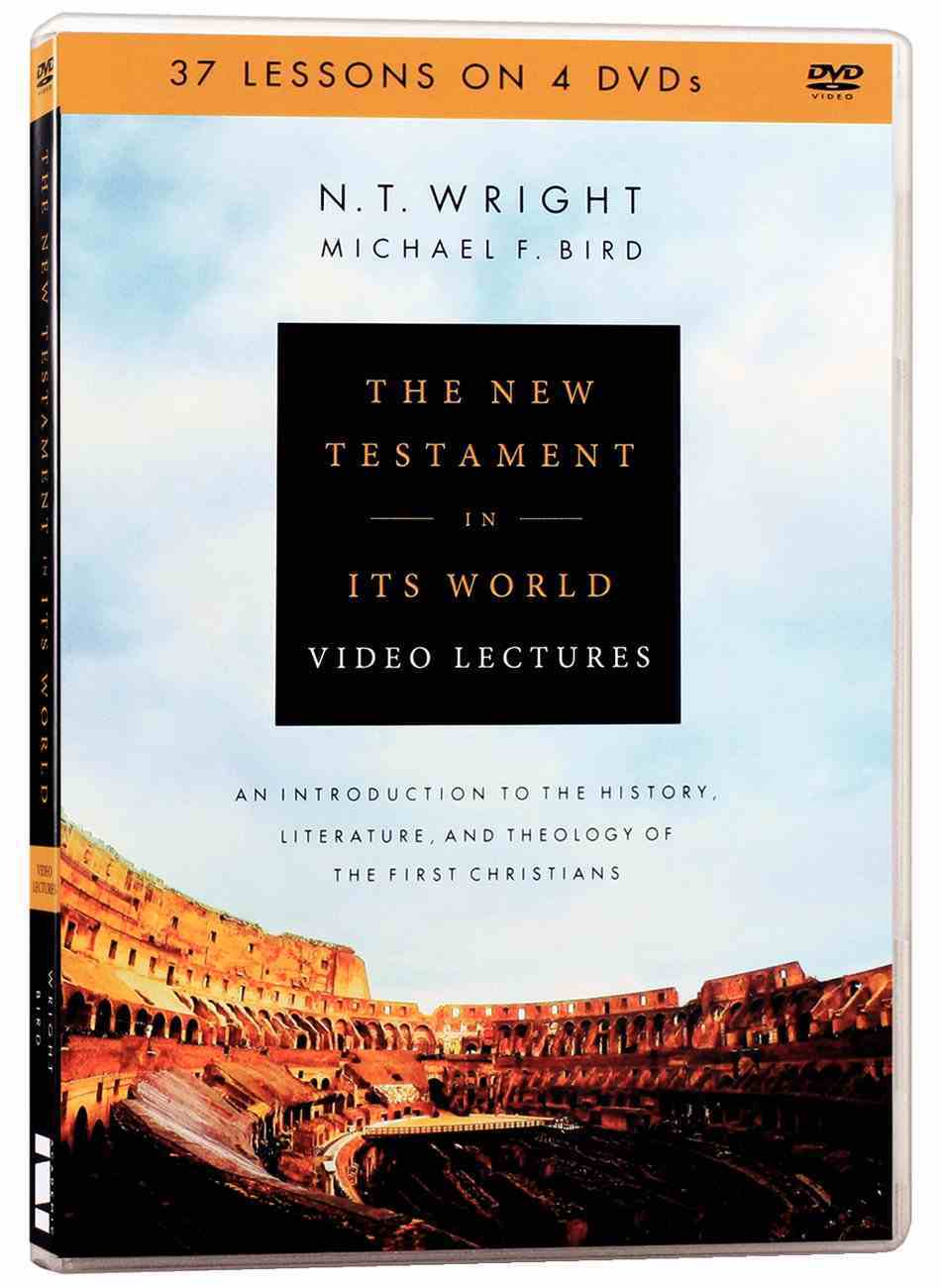 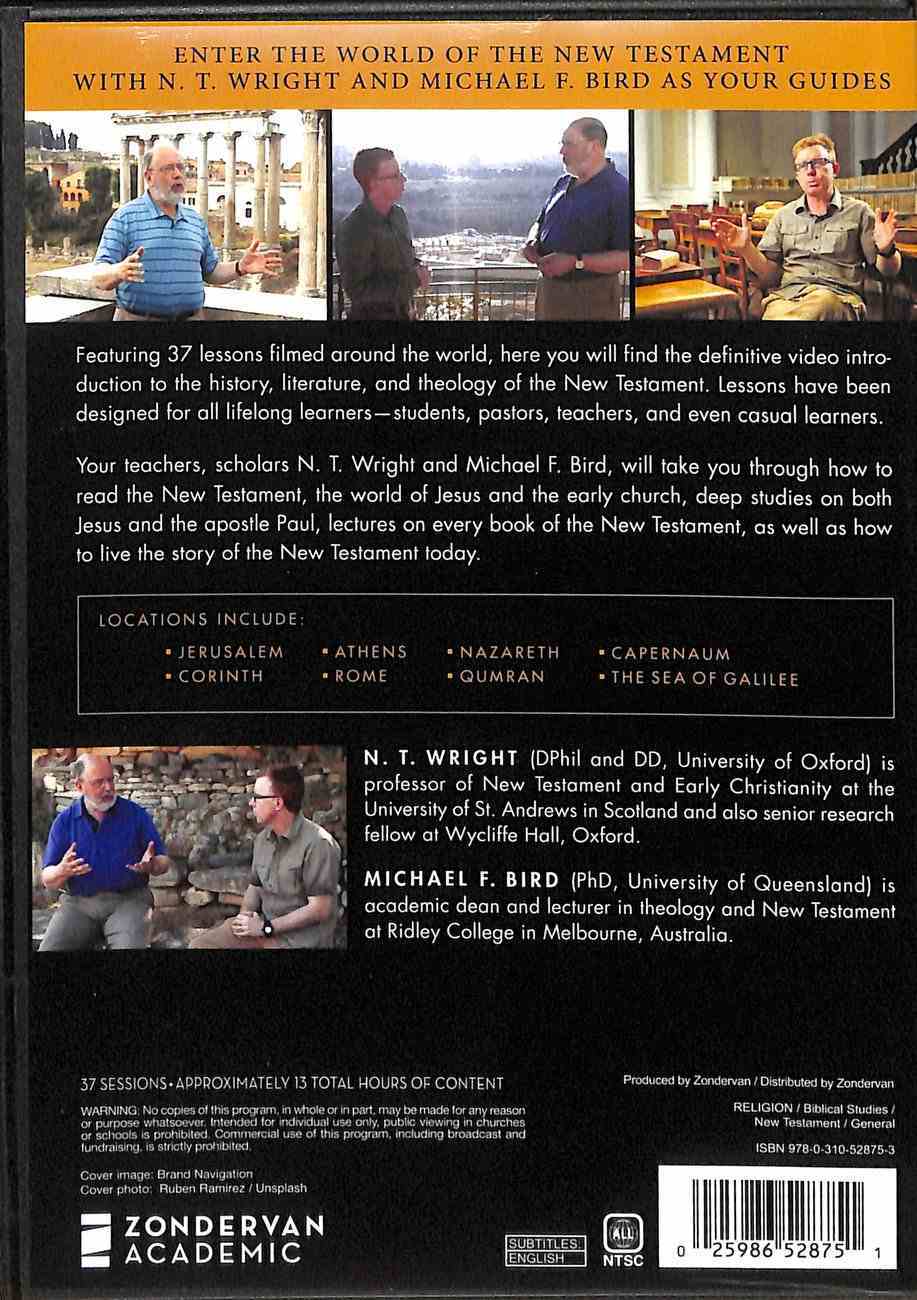 The New Testament in Its World: An Introduction to the History, Literature, and Theology of the First Christians (Video Lectures)

Enter the world of the New Testament. A companion to The New Testament in Its World by N. T. Wright and Michael F. Bird, these lectures serve as your passageway from the twenty-first century to the era of Jesus and...

Enter the world of the New Testament. A companion to The New Testament in Its World by N. T. Wright and Michael F. Bird, these lectures serve as your passageway from the twenty-first century to the era of Jesus and the first Christians.

In addition to numerous studio lectures, on-location sessions will immerse you into the world of the New Testament. Filmed around the world, this series takes you on a journey with Wright and Bird to Jerusalem, Corinth, Athens, Rome, Nazareth, Qumran, Capernaum, and the shores of the Sea of Galilee.

At over 13 hours of content, these lectures are the definitive video introduction to the history, literature, and theology of the New Testament. Numerous bonus lectures are also included.

:
The New Testament in Its World Video Lectures accompany the definitive seminary-level introduction to the New Testament by N. T. Wright and Michael F. Bird. It presents the New Testament books as a literary, narrative, and social phenomena located in the world of second temple Judaism and early Christianity covering the third century BCE to the mid-second century CE.


He has written The Saving Righteousness of God: Studies on Paul, Justification and the New Perspective (Paternoster Biblical Monographs); A Bird's Eye View of Paul; Jesus and the Origins of the Gentile Mission (Library of New Testament Studies); Are You the One Who Is to Come?: The Historical Jesus and the Messianic Question; Colossians (New Covenant Commentary); Crossing over Sea and Land: Jewish Missionary Activity in the Second Temple Period and Romans (Regula Fidei Zondervan Commentary series)
Koorong -Editorial Review.

Christianity At the Crossroads: How the Second Century Shaped the Future of the Church
Michael J Kruger
Paperback