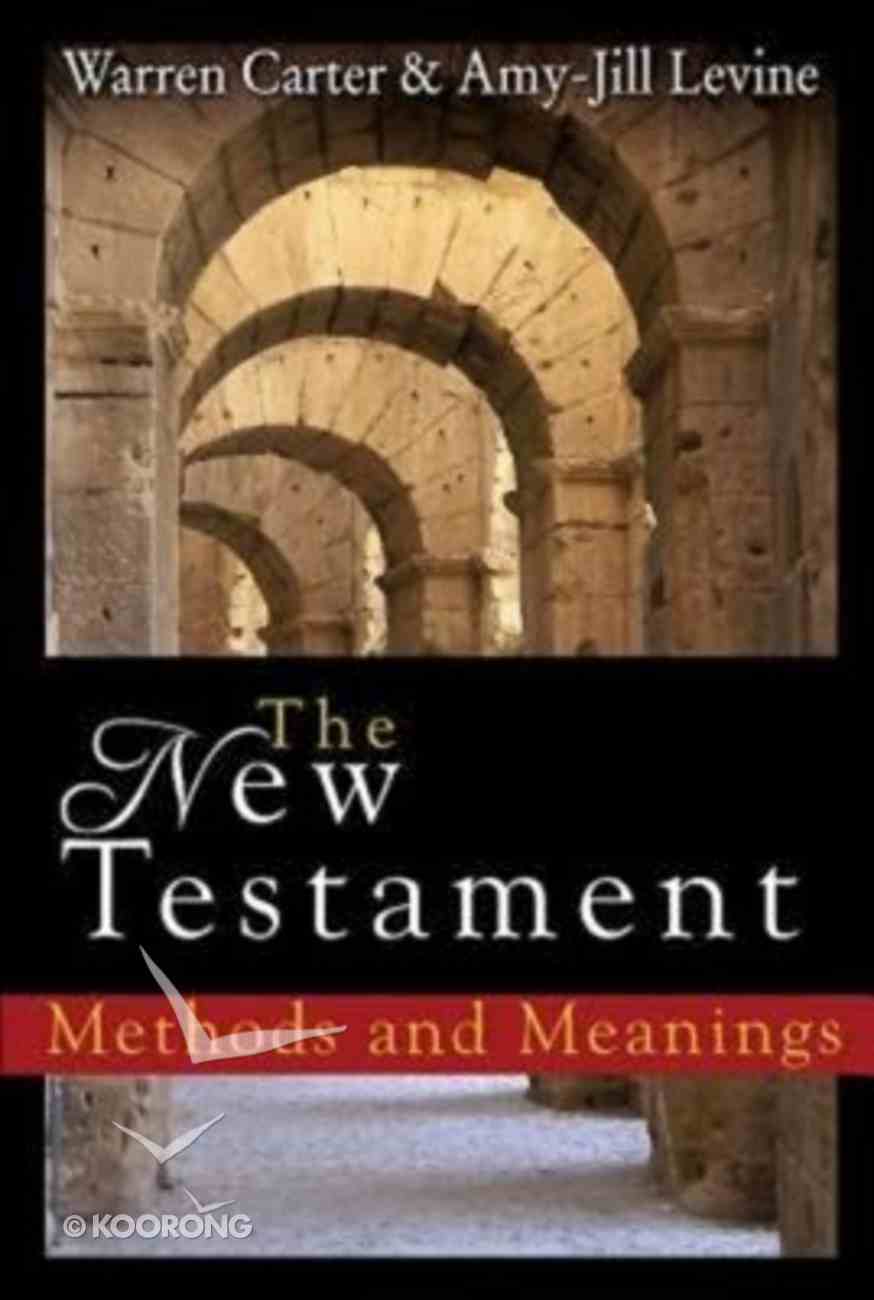 The New Testament: Methods and Meanings

In this concise, accessible book, Warren Carter and A.J. Levine introduce three aspects of New Testament study: the world of the text (plots, characters, setting, and themes), the world behind the text (the concerns, circumstances, and experiences of the early...

The New Testament: A Historical and Theological Introduction
Donald A Hagner
eBook

How to Understand and Apply the New Testament: Twelve Steps From Exegesis to Theology
Hardback

New Testament Stories From the Back Side
J Ellsworth Kalas
eBook

In this concise, accessible book, Warren Carter and A.J. Levine introduce three aspects of New Testament study: the world of the text (plots, characters, setting, and themes), the world behind the text (the concerns, circumstances, and experiences of the early Christian communities), and the world in front of the text (the meaning for contemporary readers).As students engage the New Testament, theyface a central issue that has confronted all students before them, namely, that these texts have been and are read in diverse and often quite conflicting ways. These multiple readingsinvolve different methods: historical-critical, traditional (history of interpretation), colonial, multicultural, and sociological, with feminist and liberationist implications for the first-century readers as well as the ongoing implications for today's reader. For example, Carter and Levineshow how a text can be used by both colonizer and colonized, feministand anti-feminist, or pro- and anti-Jewish.The authors also showhow scholarly work can be both constructive and threateningto the contemporary Church and how polemical texts can be used, whether for religious study, theological reflection, or homiletical practice.
-Publisher

Warren Carter (Ph.D. Princeton) has accepted Brite Divinity School's invitation to serve as Professor of New Testament. He was the Lindsey P. Pherigo Professor of New Testament at Saint Paul School of Theology. He is also the author of What Are They Saying about Matthew's Sermon on the Mount? Discipleship and Households: A Study of Matthew 10,20, John: Storyteller, Interpreter, Evangelist, Pontius Pilate: Portraits of a Roman Governor and Matthew: Storyteller, Interpreter, Evangelist,Revised Edition.

Matthew, Disciple and Scribe: The First Gospel and Its Portrait of Jesus
Patrick Schreiner
Paperback