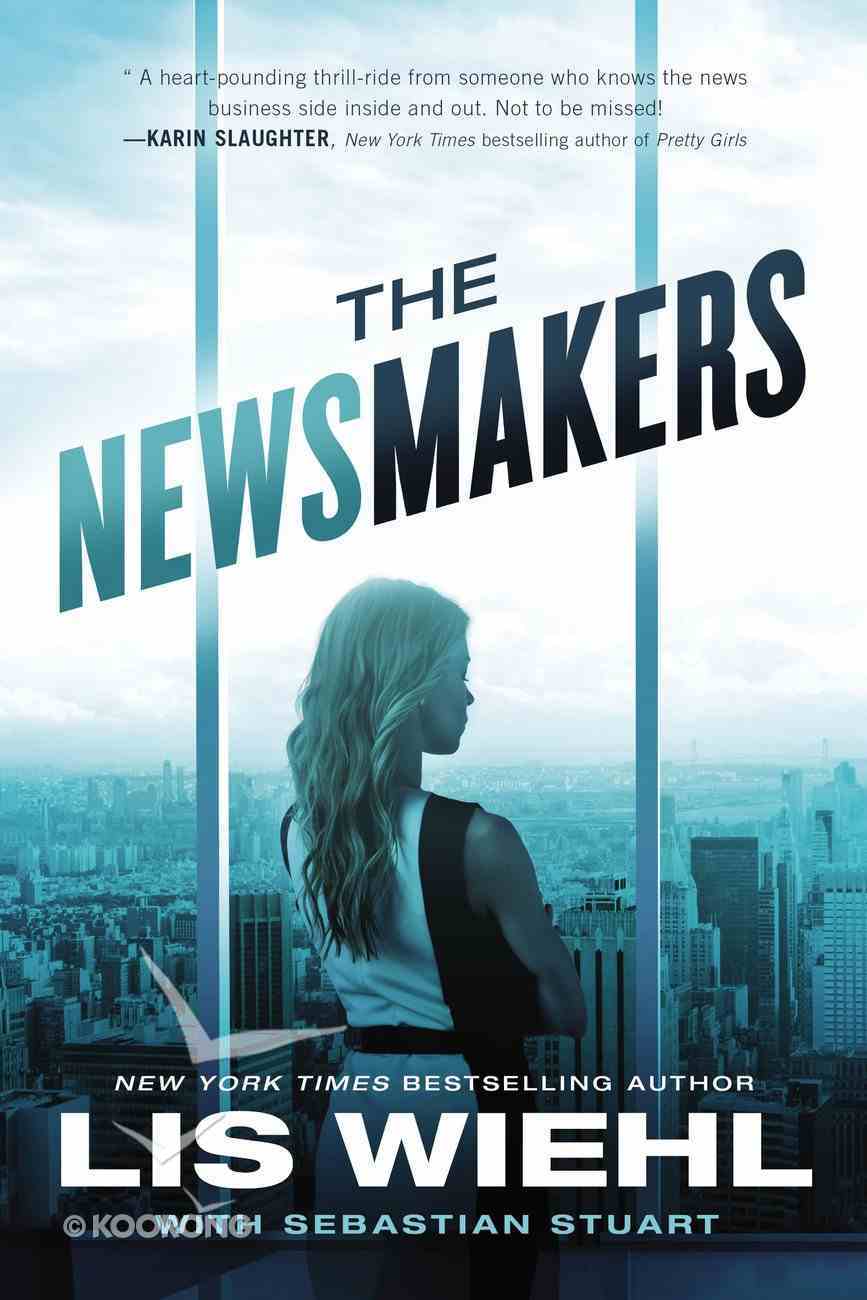 Lis Wiehl incorporates her own experience as a TV host and federal prosecutor in this riveting series. Erica Sparks has become a superstar overnight. Is it due to her hard work and talent, or is she at the center of...

Lis Wiehl incorporates her own experience as a TV host and federal prosecutor in this riveting series. Erica Sparks has become a superstar overnight. Is it due to her hard work and talent, or is she at the center of a spiraling conspiracy?


Erica Sparks is a beautiful and ambitious reporter who has just landed her dream job at Global News Network in New York. And while it was hard to leave Jenny, her cherished eight-year-old daughter, in the custody of her ex-husband, Erica is determined to succeed in the cutthroat world of big-time broadcasting. She can only hope her troubled past won't come back to sabotage her dreams.


Although the wounds from her divorce are still fresh, Erica can't deny the chemistry between her and her new producer, the handsome and empathetic Greg Underwood. But a relationship is the last thing she wants right now.


On her very first assignment, Erica inadvertently witnesses-and films-a horrific tragedy, scooping all the other networks. Mere weeks later, another tragedy strikes-again, right in front of Erica and her cameras.


Her career skyrockets overnight, but Erica is troubled. Deeply. This can't just be coincidence. But what is it?


Erica will stop at nothing to uncover the truth. But she has to make sure disaster-and her troubled past-don't catch up with her first.


"A heart-pounding thrill-ride from someone who knows the news business inside and out. Not to be missed!" --Karin Slaughter, New York Times bestselling author


"The Newsmakers is a stunning thriller in a new series by one of my favorite authors. Lis Wiehl casts her insider's eye on the intrigue and drama of high-stakes television journalism. Terrorist attack? Murder of a presidential candidate? A reporter whose own life is at risk? This thrill ride has them all." -Linda Fairstein, New York Times bestselling author


"Lis Wiehl is a seasoned journalist who knows the news business. Here, she's fashioned a tantalizing story that takes full advantage of her insider status. It's a fascinating thriller, which poses a curious questions: what happens when reality is not quite good enough. The answer is going to shock you." -Steve Berry, New York Times bestselling author


"The Newsmakers is sensational-taut, troubling, and terrifying. With Erica Sparks, Lis Wiehl has created her most memorable character yet: a reporter who has smarts, drive, heart-and a dark past that threatens to pull her down. Waiting for Book 2 won't be easy." -Kate White, New York Times bestselling author

Full-length suspense Part of a series, but can be read as a standalone Also in The Newsmakers series: The Newsmakers The Candidate The Separatists
-Publisher

Lis Wiehl is one of the nation's most prominent trial lawyers and highly regarded commentators. The author of Winning Every Time, she is also the legal analyst on the Fox News Channel and Bill O'Reilly's co-host and sparring partner on Radio Factor. A graduate of Harvard Law, Wiehl has never lost a case. She lives with her husband and two children in Westchester County, New York. <P>"From the Hardcover edition."

Sebastian Stuart has published four novels under his own name, including The Hour Between, winner of the Ferro-Grumley Award and an NPR Season s Readings selection. He has also co-written national and New York Times bestselling books. As senior editor of e-book publisher New Word City, Stuart has written over two dozen original non-fiction e-books.