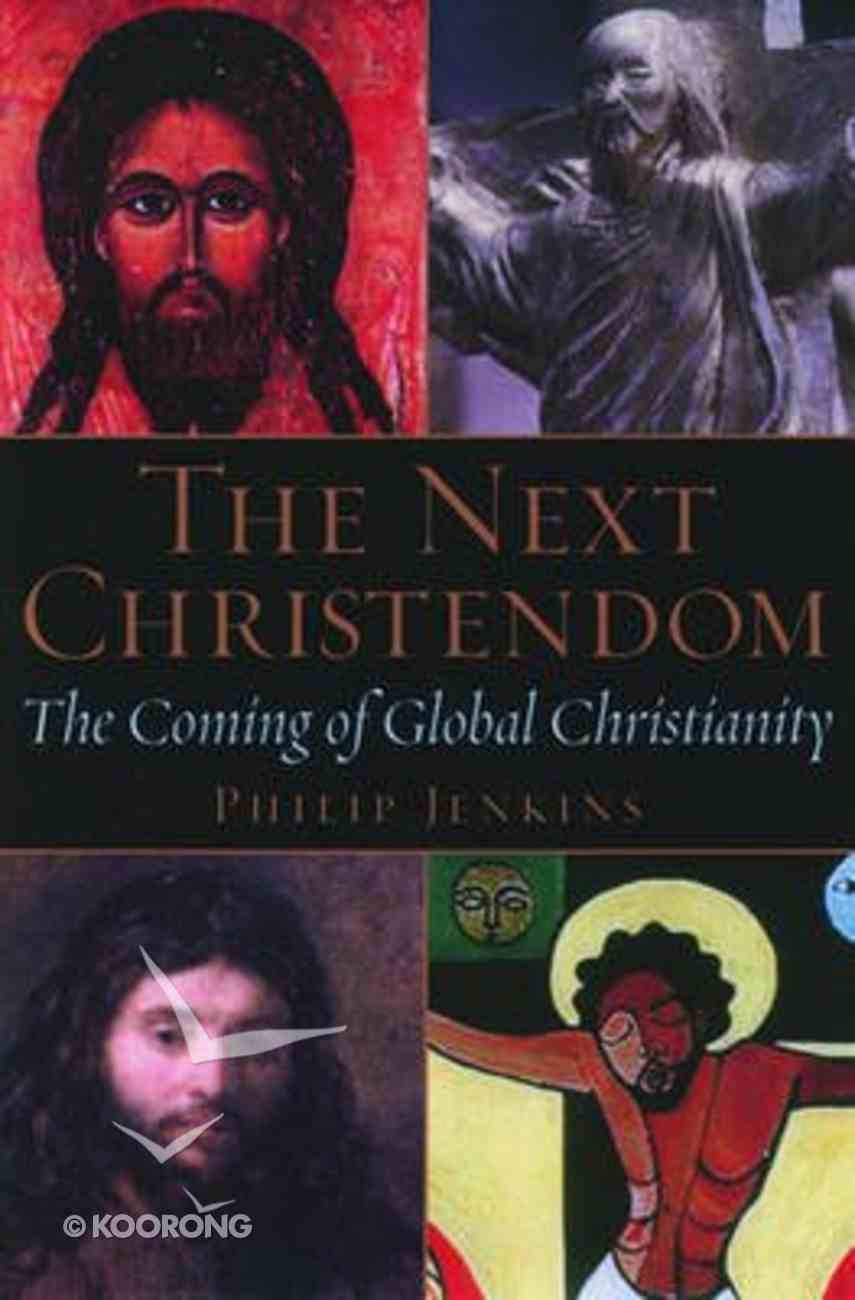 The Next Christendom: The Coming of Global Christianity

Globalization and the Mission of the Church
Shane Clifton, Neil Ormerod
Paperback

Confronting the Kingdom Challenges: A Call to Global Christians to Carry the Burden Together
Samuel T Logan
eBook

The Next Evangelicalism
Soong-chan Rah
Paperback

The Next Evangelicalism
Soong-chan Rah
eBook

Named one of the Top Religion Books of 2002 by USA Today.

Named One of the Top Ten Religion Books of the Year by Booklist.

SYNOPSIS: A landmark analysis of the enormous growth of Christianity in the southern hemisphere and its revolutionary implications for the Church in the 21st century.

"If the times demand nothing less than a major rethinking of contemporary global history from a Christian perspective, Philip Jenkins's The Next Christendom will be one of the significant landmarks pointing the way." - Mark Noll, Books & Culture.

The explosive southward expansion of Christianity in Africa, Asia, and Latin American has barely registered on Western consciousness. Nor has the globalization of Christianity - and the enormous religious, political, and social consequences it portends - been properly understood.

Philip Jenkins' The Next Christendom: The Coming of Global Christianity is the first book to take the full measure of the changing face of the Christian faith. Jenkins asserts that by the year 2050 only one Christian in five will be a non-Latino white person and that the centre of gravity of the Christian world will have shifted firmly to the Southern hemisphere. Within a few decades Kinshasa, Buenos Aires, Addis Ababa, and Manila will replace Rome, Athens, Paris, London, and New York as the focal points of the Church. Moreover, Jenkins shows that the churches that have grown most rapidly in the global south are far more traditional, morally conservative, evangelical, and apocalyptic than their northern counterparts. Mysticism, Puritanism, belief in prophecy, faith-healing, exorcism, and dream-visions - concepts which more liberal western churches have traded in for progressive political and social concerns - are basic to the newer churches in the south. And the effects of such beliefs on global politics, Jenkins argues, will be enormous, as religious identification begins to take precedence over allegiance to secular nation-states. Indeed, as Christianity grows in regions where Islam is also expected to increase - as recent conflicts in Indonesia, Nigeria, and the Philippines reveal - we may see a return to the religious wars of the past, fought out with renewed intensity and high-tech weapons far surpassing the swords and spears of the middle ages.

Jenkins shows that Christianity is on the rise again, and to understand what that rise may mean requires a new awareness of what is happening in Africa, Asia, and Latin America. The Next Christendom takes the first large step towards that new awareness.
288 pages, from Oxford University Press.
-Publisher