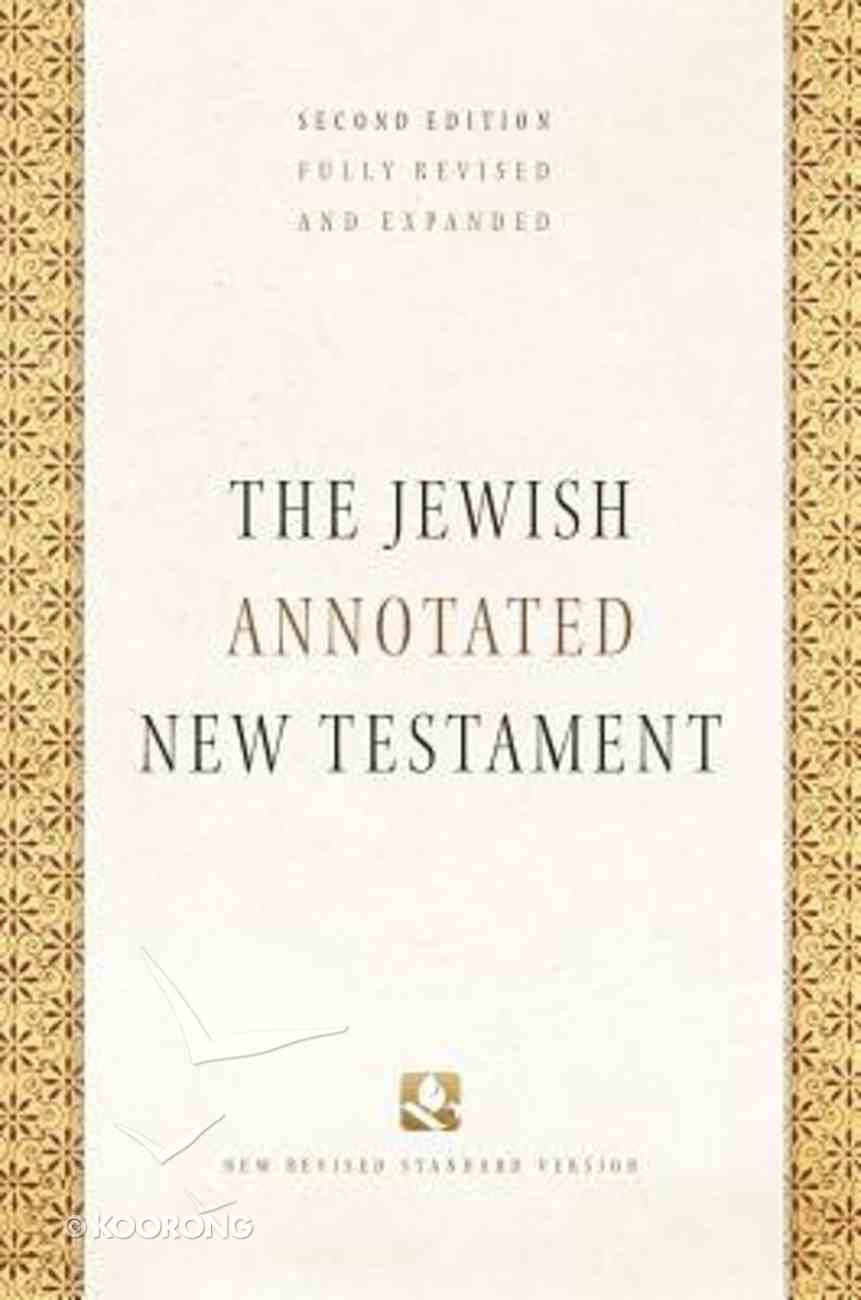 First published in 2011, The Jewish Annotated New Testament was a groundbreaking work, bringing the New Testament's Jewish background to the attention of students, clergy, and general readers. In this new edition, eighty Jewish scholars bring together unparalleled scholarship to...

What the Bible Says About Healthy Living
Rex Russell
eBook

First published in 2011, The Jewish Annotated New Testament was a groundbreaking work, bringing the New Testament's Jewish background to the attention of students, clergy, and general readers. In this new edition, eighty Jewish scholars bring together unparalleled scholarship to shed new light on the text. This thoroughly revised and greatly expanded second edition brings even more helpful information and new insights to the study of the New Testament. * Introductions to each New Testament book, containing guidance for reading and specific information about how the book relates to the Judaism of the period, have been revised and augmented, and in some cases newly written. * Annotations on the text-some revised, some new to this edition-provide verse-by-verse commentary. * The thirty essays from the first edition are thoroughly updated, and there are twenty-four new essays, on topics such as "Mary in Jewish Tradition,", "Christology," and "Messianic Judaism." * For Christian readers The Jewish Annotated New Testament offers a window into the first-century world of Judaism from which the New Testament springs.There are explanations of Jewish concepts such as food laws and rabbinic argumentation. It also provides a much-needed corrective to many centuries of Christian misunderstandings of the Jewish religion. * For Jewish readers, this volume provides the chance to encounter the New Testament-a text of vast importance in Western European and American culture-with no religious agenda and with guidance from Jewish experts in theology, history, and Jewish and Christian thought. It also explains Christian practices, such as the Eucharist. The Jewish Annotated New Testament, Second Edition is an essential volume that places the New Testament writings in a context that will enlighten readers of any faith or none.
-Publisher

Marc Brettler is Dora Golding Professor of Biblical Literature and chair of the Department of Near Eastern and Judaic Studies at Brandeis University. His main areas of research are religious metaphors and the Bible, biblical historical texts, and women and the Bible. He is the author of severalýbooks and co-editor of The Jewish Study Bible.ý

Amy-Jill Levine (Ph.D., Duke University, D.Min., University of Richmond) is E. Rhodes and Leona B. Carpenter Professor of New Testament Studies at Vanderbilt University Divinity School, Department of Religious Studies, and Graduate Department of Religion. Levine has been awarded grants from the Mellon Foundation, the National Endowment for the Humanities, and the American Council of Learned Societies. She has held office in the Society of Biblical Literature, the Catholic Biblical Association, and the Association for Jewish Studies. Her most recent publications include The Misunderstood Jew: The Church and the Scandal of the Jewish Jesus (HarperSanFrancisco, 2006), the edited collection, The Historical Jesus in Context (Princeton University Press, 2006) and the fourteen-volume series, Feminist Companions to the New Testament and Early Christian Writings (Continuum).