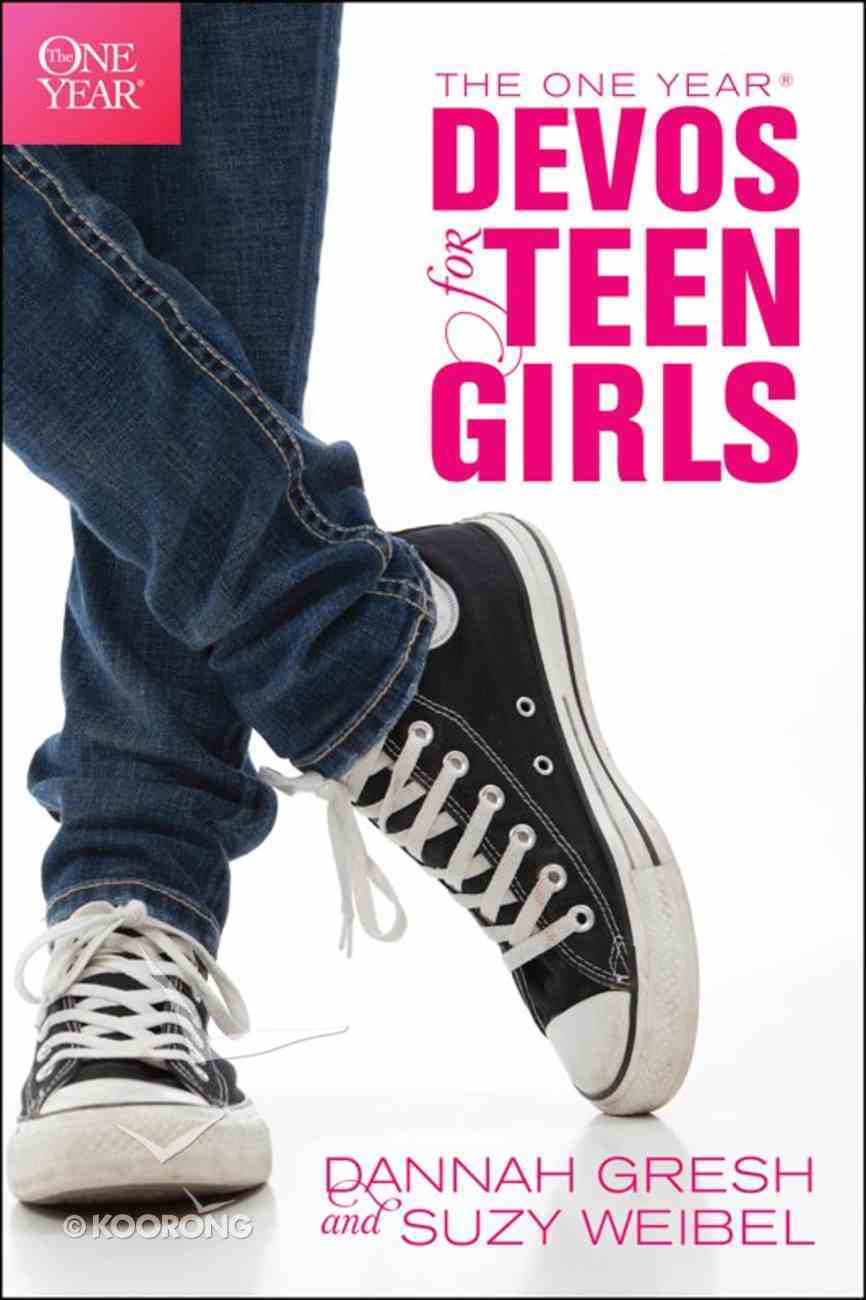 The One Year Devos For Teen Girls

Tattoos. Piercings. Anger. Sexuality. Social Media. Ever wonder how to handle the big issues you deal with at school and with your friends? The One Year Devos for Teen Girls can help ... each day of the year. 365...

Every Day With God: 366 Devotions For Kids - Discover God's Love and Care For You
Cherie Hill
Paperback

Tattoos. Piercings. Anger. Sexuality. Social Media.
Ever wonder how to handle the big issues you deal with at school and with your friends? The One Year Devos for Teen Girls can help ... each day of the year. 365 daily devotional readings Provides a biblical perspective on 10 categories of topics for teens Invites teen girls to take an action step each day Topics include sexuality, bullying, self-worth, hypocrisy, social media, and more Join teen advocates Dannah Gresh and Suzy Weibel as they break down some of the tough issues teen girls face day after day. Just like trusted big sisters, Dannah and Suzy share from the wisdom they've picked up from their own lives and their work with teen girls.

While the subject matter is modern, Gresh points girls to the unchanging Word of God. She meets girls where they are and simply explains what God's Word says about the issue. The devotional reads like a handbook on living as a teen girl in today's society.
-Publisher

Suzy Weibel has spent sixteen years in ministry with her husband, Jonathan, mentoring middle school- through college-aged girls, as well as mentoring and training youth and small group leaders. One of those girls was Stephanie Smith. July 2007 will mark the release date for Suzy's first book, My Struggle to Like Me: A Teenager's Secret Diary Unlocked (Moody Publishers).

The Prayer Map For Teens: A Creative Journal
Spiral