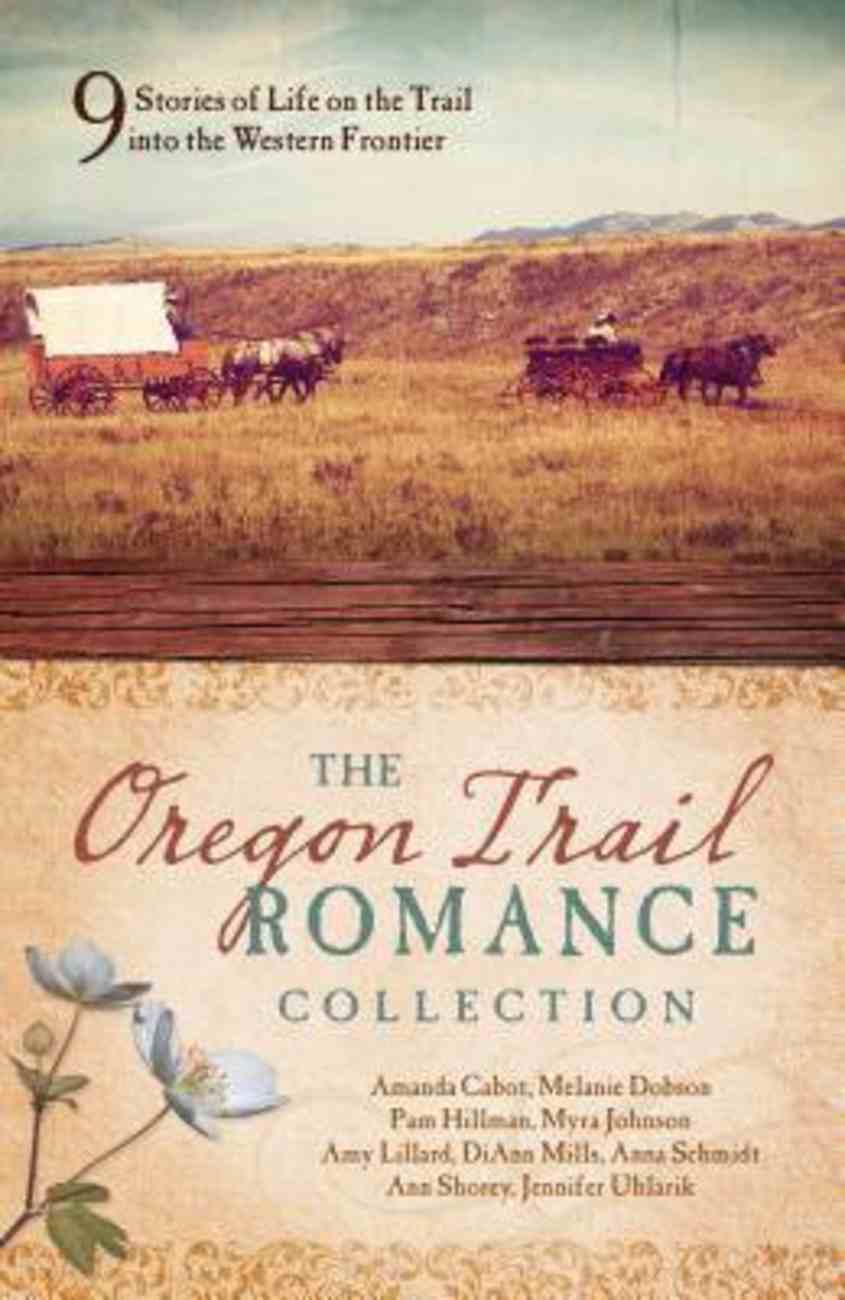 The Oregon Trail Romance Collection: 9 Stories of Life on the Trail Into the Western Frontier

: During the Nineteenth Century, thousands of migrants made the journey by wagon train over 2,000 miles from Missouri to Oregon or California. These nine novellas include the stories of remarkably strong characters who bravely face the challenges and are...

:
During the Nineteenth Century, thousands of migrants made the journey by wagon train over 2,000 miles from Missouri to Oregon or California. These nine novellas include the stories of remarkably strong characters who bravely face the challenges and are rewarded with love along the way.

Myra Johnson launched her writing career in 1985 when she sold her first short story while taking a course through the Institute of Children's Literature. Myra later joined the ICL staff as a magazine writing instructor, teaching hundreds of students the fundamentals of story and article structure, plotting, character development, and market analysis. She now writes full-time and is active in her church as well as local and national writers groups. Her manuscripts have placed in several contests. One Perfect Christmas won first place in the 2008 Winter Rose (Mainstream with Romantic Elements); Pearl of Great Price took third in the 2007 ACFW Genesis (Contemporary Fiction); and Autumn Rains won the 2005 RWA Golden Heart for Best Inspirational Romance Manuscript. Myra and her husband, Jack, have been married since 1972. Recent transplants from Texas to Oklahoma, they share their home with two love-hungry dogs and a snobby parakeet. The Johnsons have two daughters, both married, and five grandchildren. She currently lives in Broken Arrow, OK. Website: www.myrajohnson.com; Active blogger on www.myra.typepad.com and www.seekerville.blogspot.com

Melanie Dobson is the award-winning author of nine novels. In 2010, Melanie won?two ACFW Carol Awards for her Summerside historical romances. One of her novels is the top-selling title in the Love Finds You? line. Melanie lives with her husband and daughters near Portland, Oregon

Ann Shorey has published selections in the Cup of Comfort series and in Chicken Soup for the Grandma's Soul. Shorey lives with her husband, Richard, in Sutherlin, Oregon. This is her first novel.