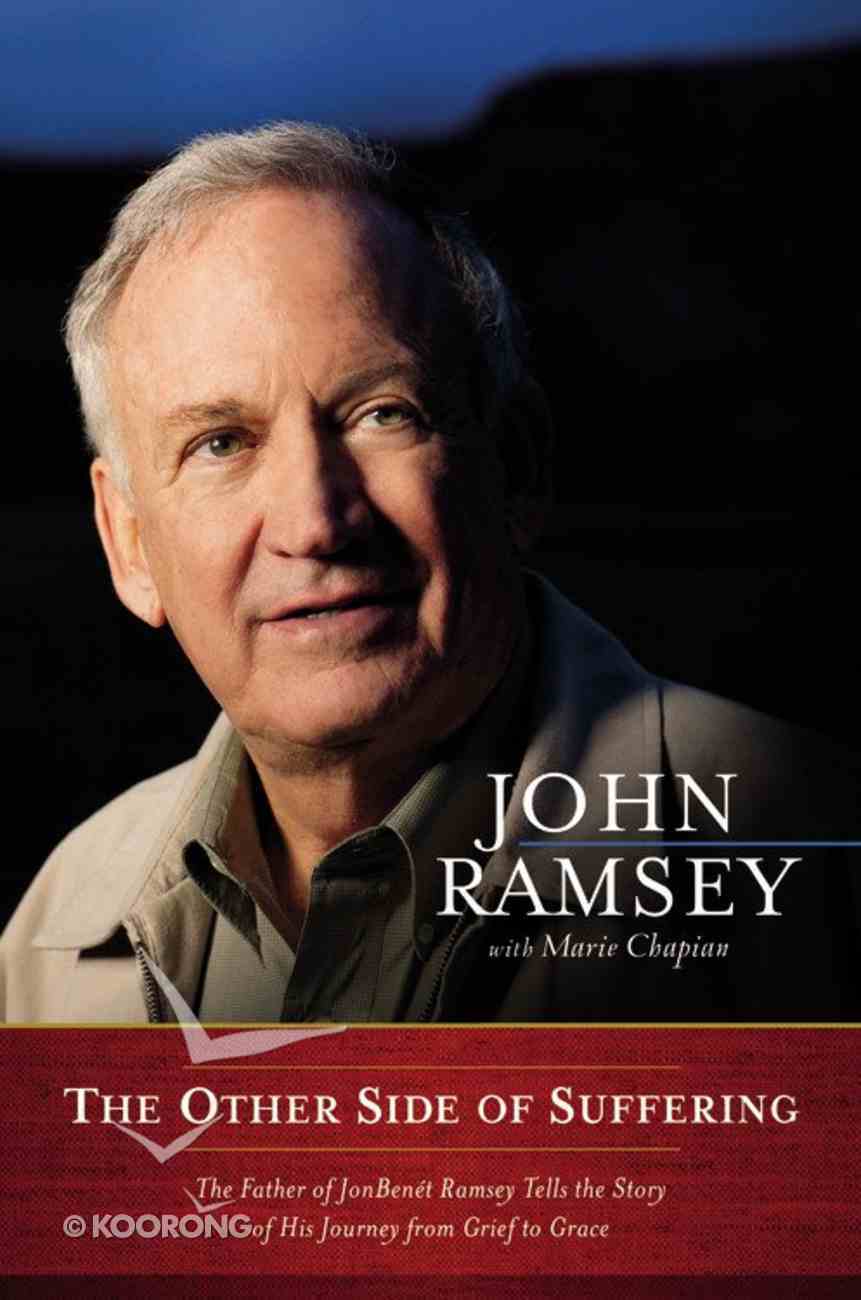 The Other Side of Suffering

THE OTHER SIDE OF SUFFERING is a spiritual memoir of John Ramsey's climb out of emotional and spiritual darkness and what he learned about the nature of spiritual growth. Like the Biblical Job, the author has been tried by fire...

The Other Side of Suffering
John Ramsey, Marie Chapian
eBook

The Secrets of Suffering
T A Nalian
eBook

Trusting Through the Tears: God's Faithfulness in Times of Suffering
Keren Baker
Paperback

A Path Through Suffering: Discovering the Relationship Between God's Mercy and Our Pain
Elisabeth Elliot
Paperback

THE OTHER SIDE OF SUFFERING is a spiritual memoir of John Ramsey's climb out of emotional and spiritual darkness and what he learned about the nature of spiritual growth. Like the Biblical Job, the author has been tried by fire several times over. From the often-overlooked loss of his first daughter in a 1992 car accident, through the murder of JonBenet Ramsey and the resulting "trial by media,' to the final loss of his wife in 2006 to cancer, THE OTHER SIDE OF SUFFERING is the story of how John Ramsey has emerged from his own spiritual darkness.
-Publisher

The untold story of how John Ramsey survived unspeakable tragedy and learned to hope again.

Like the biblical Job, John Ramsey had it all-wealthy, social position, a loving family. And like Job, Ramsey was destined for great affliction, as many of the most precious things in his life were cruelly taken from him.

First came the death of his eldest daughter in a car accident in 1992. Then, four years later, his beloved six-year-old, JonBen�t, was murdered; Ramsey was the one who discovered her body, concealed in the basement of his family's home. The case drew international media attention, and-compounding Ramsey's woe-suspicion unfairly focused on Ramsey and his wife, Patsy. Although they were ultimately cleared of any connection with the crime, Ramsey's sorrows did not end. In 2006, Patsy died, at 49, of ovarian cancer.

In this remarkable book, Ramsey reveals how he was sustained by faith during the long period of spiritual darkness, and he offers hope and encouragement to others who suffer tragedy and injustice.

Marie Chapian is a minister, Bible teacher, and author of more than 30 books. She is a Pulitzer Prize and National Book nominee, and has won several awards for her literary and poetry writings. She also explains her supernatural experiences in media appearances, sharing how heavenly visitations are for all who open their spiritual hearts and eyes. Dr. Marie Chapian carries a passion to touch lives with God's deep and overflowing mercy and love.

John Ramsey grew up listening to Hartford radio and has been involved in the industry as a broadcast engineer since 1978. He is currently general manager of WWUH at the University of Hartford, chief engineer of WCCC, and webmaster of www.hartfordradiohistory.com

My Tears in Your Bottle: Psalms and Reflections of Hope For Grieving Parents
Paperback

In Your Time of Sorrow
Ian Malins
Hardback

Grieving the Loss of a Loved One
Kathe Wunnenberg
Hardback

Through a Season of Grief
Bill Dunn, Kathy Leonard
Paperback