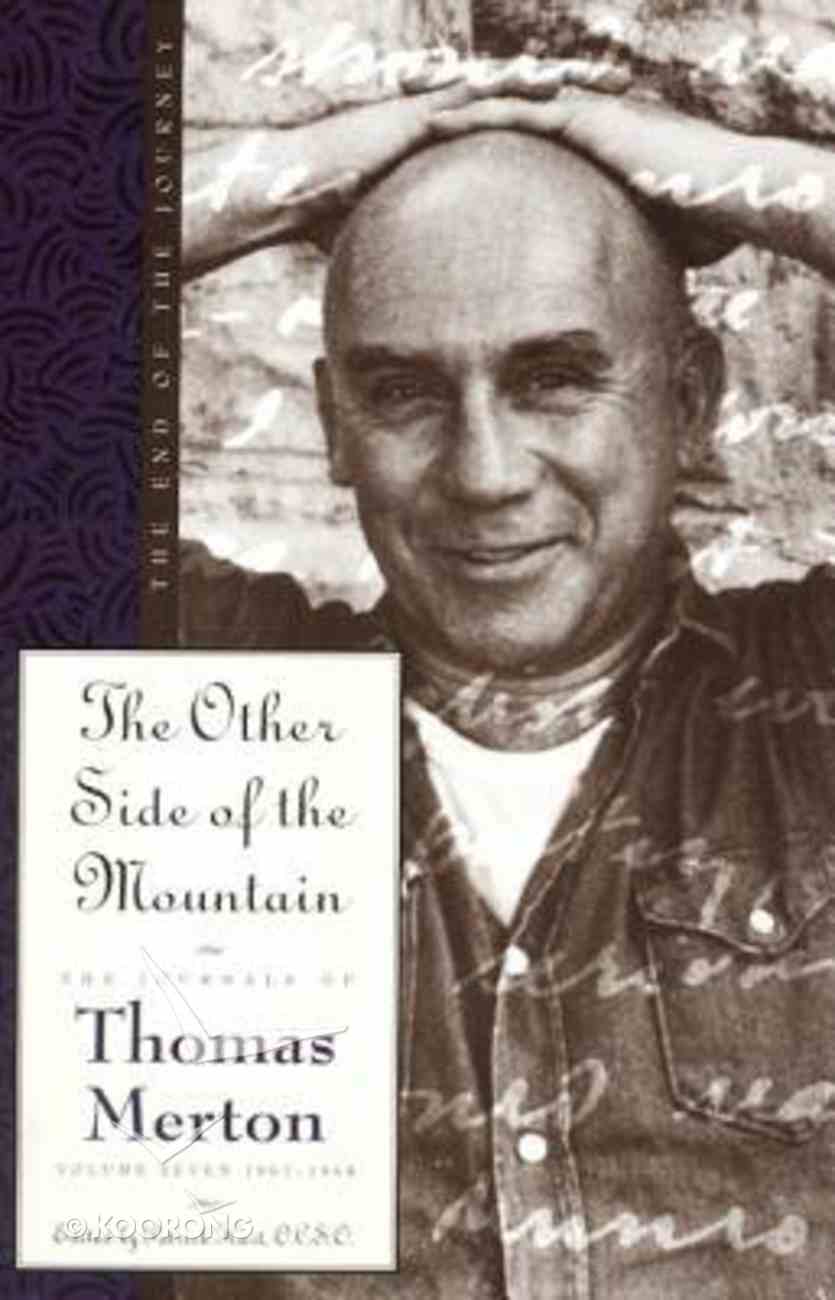 "The seventh and final volume of Thomas Merton's journals finds him exploring new territory, both spiritual and geographic, in the last great journey prior to his untimely death. Traveling in the United States and the Far East, Merton enjoys a...

"The seventh and final volume of Thomas Merton's journals finds him exploring new territory, both spiritual and geographic, in the last great journey prior to his untimely death. Traveling in the United States and the Far East, Merton enjoys a new freedom that brings with it a rich mix of solitude, spirited friendship, and interaction with monks of other traditions." "In his last days in the United States, Merton continues to follow the tumultuous events closing the 1960s, including the assassinations of Martin Luther King, Jr., and Robert Kennedy. Meanwhile, with the blessing of his new abbot, Merton travels to monasteries in New Mexico and among the redwoods of Northern California, keeping his journal all the while." "When Merton wins approval to participate in a meeting of monastic superiors of the Far East in Bangkok, Thailand, his life enters its most thrilling period. Arriving in Calcutta, Merton is heartbroken by the poverty of the many beggars; in New Delhi and Dharamsala, he makes contact with local Buddhists, including the Dalai Lama. Recognizing each other as kindred spirits, Merton and the Dalai Lama speak from the heart like old friends."--BOOK JACKET. Title Summary field provided by Blackwell North America, Inc. All Rights Reserved
-Publisher

With the election of a new Abbot at the Abbey of Gethsemani, Merton enters a period of unprecedented freedom, culminating in the opportunity to travel to California, Alaska, and finally the Far East & #150; journeys that offer him new possibilities and causes for contemplation. In his last days at the Abbey of Gethsemani, Merton continues to follow the tumultuous events of the sixties, including the assassinations of Martin Luther King, Jr., and Robert Kennedy. In Southeast Asia, he meets the Dalai Lama and other Buddhist and Catholic monks and discovers a rare and rewarding kinship with each. The final year is full of excitement and great potential for Merton, making his accidental death in Bangkok, at the age of fifth-three, all the more tragic.
-Publisher