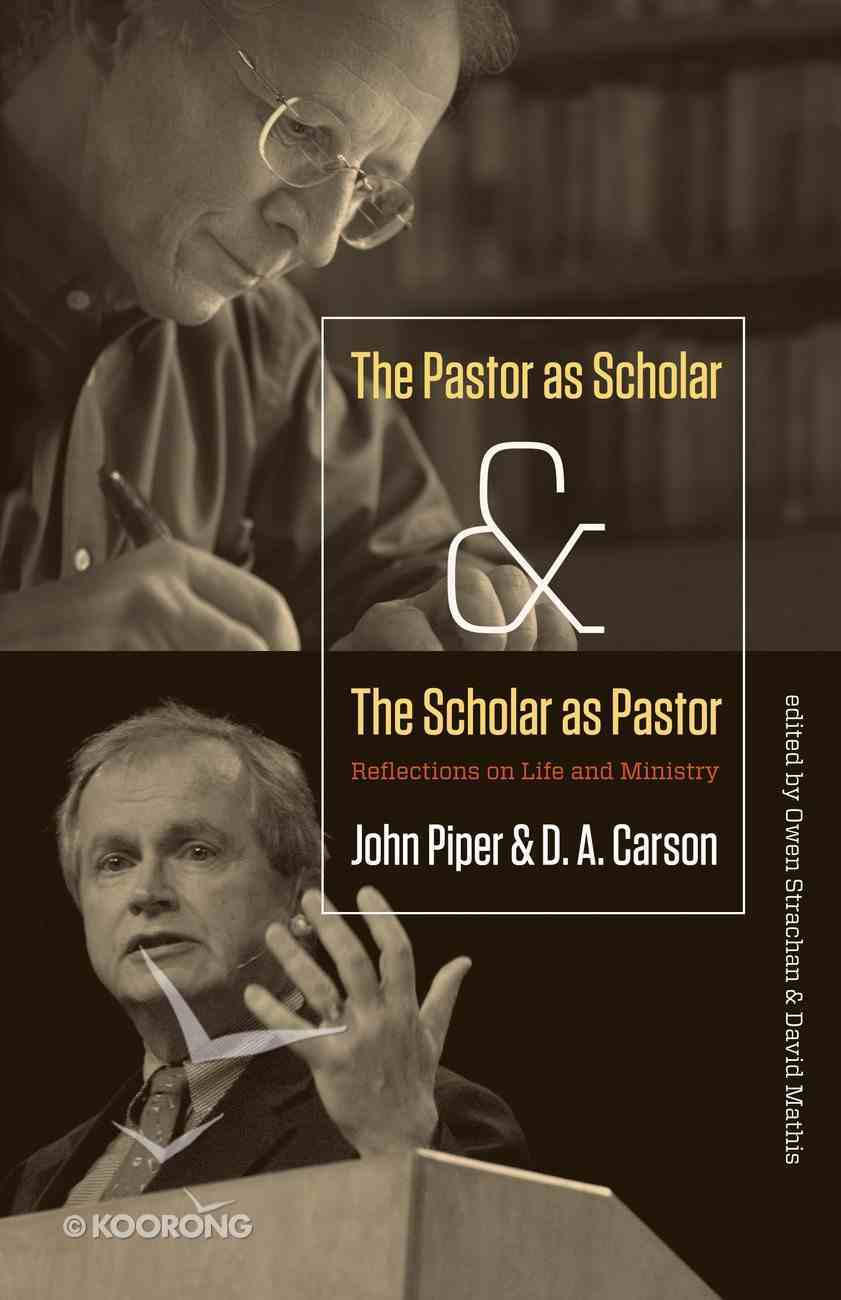 The Pastor as Scholar and the Scholar as Pastor

Originally presented as two talks following the 2009 Gospel Coalition conference, Piper and Carson here reflect on the interrelationship of pastoral ministry and scholarship. With introduction and conclusion by Owen Strachan and David Mathis.

The Pastor as Scholar and the Scholar as Pastor
John Piper, D A Carson
Paperback

The Cross and Christian Ministry
D A Carson
eBook

The Pastor's Wife: Strengthened By Grace For a Life of Love
Gloria Furman
eBook

Originally presented as two talks following the 2009 Gospel Coalition conference, Piper and Carson here reflect on the interrelationship of pastoral ministry and scholarship. With introduction and conclusion by Owen Strachan and David Mathis.

Following the 2009 Gospel Coalition conference John Piper and D. A. Carson presented two talks at Park Community Church in Chicago, IL, sponsored by the Henry Institute at Trinity Evangelical Divinity School. The topic of their presentation was on the relationship of scholarship and pastoral ministry. Piper centered on the importance of scholarship and academic pursuits in his role as pastor. Carson, conversely, focused on the importance of pastoral ministry in his career as scholar. The event was enthusiastically received and brought great insight and balance.


Now their talks have been edited with additional content and put into book form. Weaving testimony and teaching, Piper and Carson challenge all those in ministry to think carefully and holistically about their calling. An introduction by Owen Strachan and a conclusion by David Mathis provide context and application to these unique messages.


Pastors and scholars will want to take advantage of this valuable insider perspective from two men who have been acclaimed for their sharp thinking and pastoral hearts.