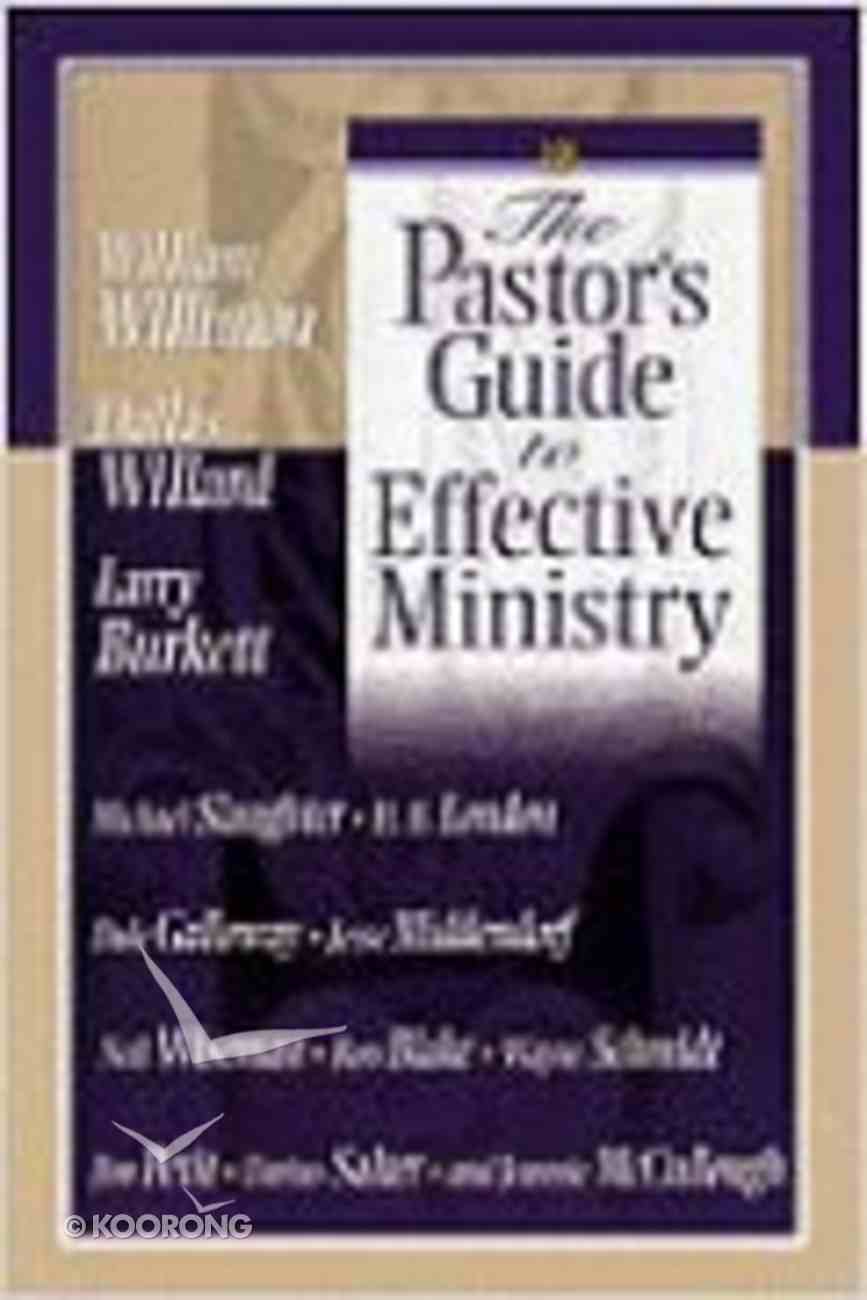 The Pastor's Guide to Effective Ministry

They Call Me Pastor
London H B, Neil B Wiseman
eBook

The Heart of a Great Pastor
London H B, Neil B Wiseman
eBook

PASTOR You've been trained to preach and to teach and to do outreach. How's it going now that you're in the trenches? How are you doing professionally? Do you still have the big picture of your call and your vision in view? Are you finding time and resources to nurture your congregation? Are you controlling the administration of your church, or is it controlling you? How are you doing personally? Is your family life in shape? Are you taking care of yourself physically and emotionally? Are your personal finances in order? Larry Burkett, Dallas Willard, William Willimon, Dale Galloway and other well-known church leaders provide solid advice for your personal and professional development. Keep The Pastor's Guide to Effective Ministry on top of your desk as you face the day-to-day challenges of ministry.
-Publisher

Galloway is founder of New Hope Community Church in Portland, Oregon and serves as dean of the Beeson Institute for Advanced Church Leadership. He is a graduate of Nazarene Theological Seminary and recieved a D.D. from Western Evangelical Seminary.

Larry Burkett was the founder and president of Christian Financial Concepts, a non-profit organization dedicated to teaching Biblical principles of money management. He was the author of over seventy books, including The Coming Economic Earthquake, Your Finances in Changing Times, The Financial Planning Workbook, Investing for the Future, Financial Parenting, and Business by the Book, with totals in excess of 11 million. Larry's ministry also included a monthly Christian newsletter and four worldwide radio broadcasts, Money Matters, How to Manage Your Money, Money Watch, and A Money Minute, Larry died in 2003.

Mike Slaughter, lead pastor at Ginghamsburg Church, is the three-decade dreamer of Ginghamsburg Church and spiritual entrepreneur of ministry marketplace innovations. His life-long passion to reach the lost and set the oppressed free has made him a tireless and leading advocate for the displaced children, womenand men of Darfur, Sudan, named by the U.N. as the worst humanitarian crisis in the world today. Under Mike s leadership, Ginghamsburg Church has become known as an early innovator of small group ministry, the Church media reformation and cyberministry, with the Ginghamsburg website aver

Dr. Wayne Schmidt is vice president of Wesley Seminary at Indiana Wesleyan University in Marion, Ind. Prior to that, he served more than 25 years as senior pastor of Kentwood Community Church in Kentwood, Mich., which grew to more than 2600 average weekend attenders. He is the author of several books, including Soul Management and Power Plays.