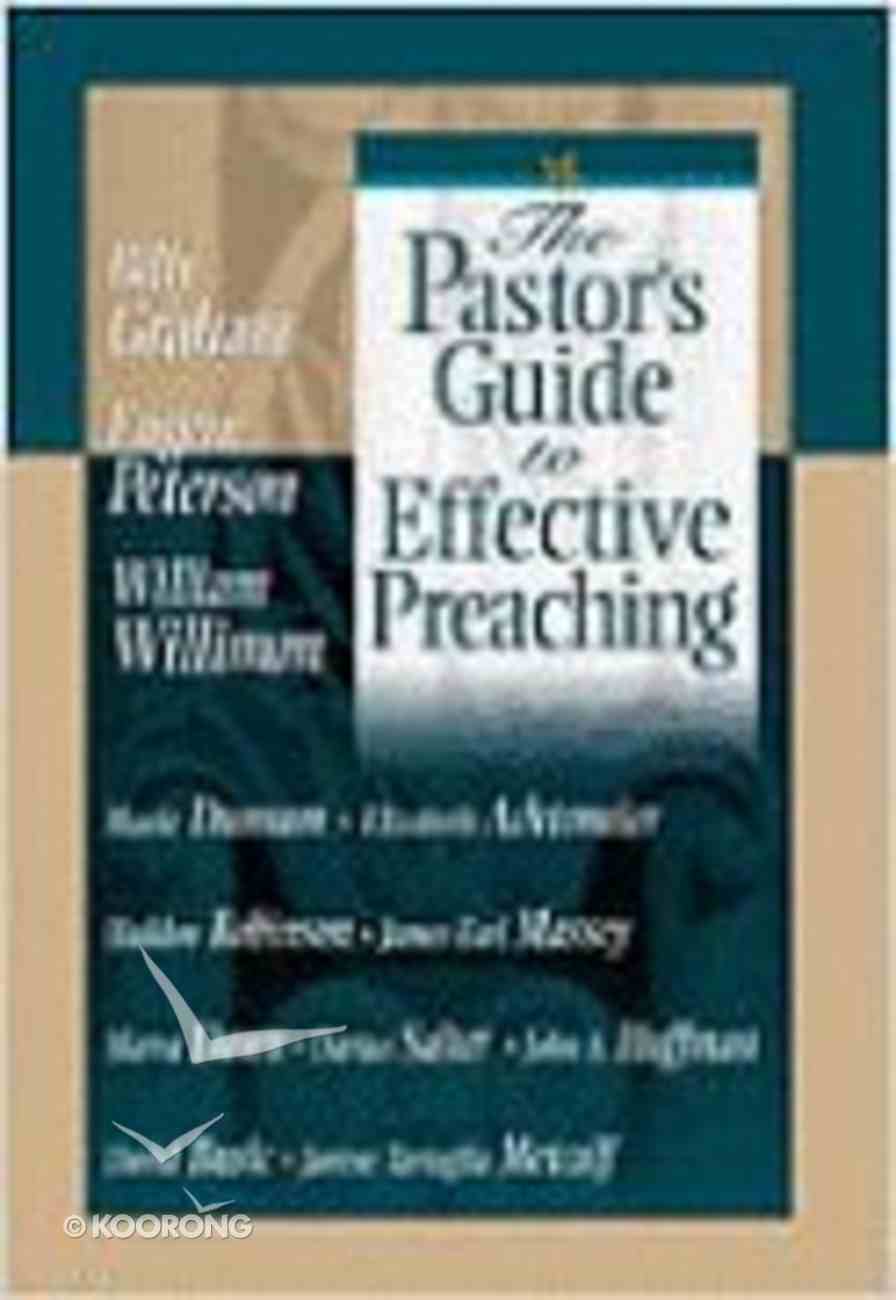 The Pastor's Guide to Effective Preaching

Pastors are judged by their preaching. How are you measuring up? Every week, those 30 minutes you spend in front of the congregation impact their decisions about whether or not to attend your church. Preaching changes lives when Christians answer the call to do what God asks of them. In The Pastors Guide To Effective Preaching, Billy Graham William Willimon, Eugene Peterson, and other well known church leaders will teach you to connect with the congregation through your preaching. Beyond the "how to's" of preaching, The Pastors Guide provides a foundation for embodying God's grace and holiness as a means of communicating His message. You'll learn to Keep your congregation engaged in what you're saying. Plan an extended preaching schedule. Relate the gospel to our secular and humanistic society Understand the role of preaching in your overall ministry Preach with authority and communicate the gospel with simplicity And much more.
-Publisher

Billy Graham, Eugene Peterson, William Willimon and other well-known church leaders teach you how to connect with the congregation through your preaching. Beyond the 'how-to's' of preaching, The Pastor's Guide provides a foundation for embodying God's grace and holiness as a means of communicating His message. Great preachers of our time will teach you how to: Plan an extended preaching schedule Keep your congregation engaged in what you're saying Improve your delivery Develop ideas for content And much more
-Publisher

Elizabeth Achtemeier taught Bible and Homiletics at Union Theological Seminary in Richmond, Virginia. She was an ordained minister of the Presbyterian Church (U.S.A), a preacher, and the author of a number of books, including "Nature, God, and the Pulpit" and "Preaching from the Minor Prophets".

Marva J. Dawn (Ph.D., University of Notre Dame) serves as theologian/educator under Christians Equipped for Ministry of Vancouver, Washington and as a Teaching Fellow, Spiritual Theology, Regent College, Vancouver.
Her books Powers, Weakness, and the Tabernacling of God and The Unnecessary Pastor with Eugene Peterson both received Christianity Today's book award in the category of the Church/Pastoral Leadership. Her other books has been quite provocative with regard to contemporary trends in worship and society such as Reaching Out Without Dumbing Down; Is It A Lost Cause? and A Royal Waste of time.


Most recently she has authored Being Well When We're Ill: Wholeness and Hope in Spite of Infirmity and In the Beginning, GOD: Creation, Culture, and the Spiritual Life.
Koorong -Editorial Review.

Maxie Dunnam is the chancellor of Asbury Theological Seminary and formerly served as the fifth president of the seminary (1994-2004). He lives in Memphis, Tennessee.

Leading on Empty: Refilling Your Tank and Renewing Your Passion
Wayne Cordeiro
Paperback

The Starfish and the Spirit: Unleashing the Leadership Potential of Churches and Organizations
Ori Brafman, Lance Ford, Rob Wegner
Paperback

Brothers, We Are Not Professionals (And Expanded)
John Piper
Paperback