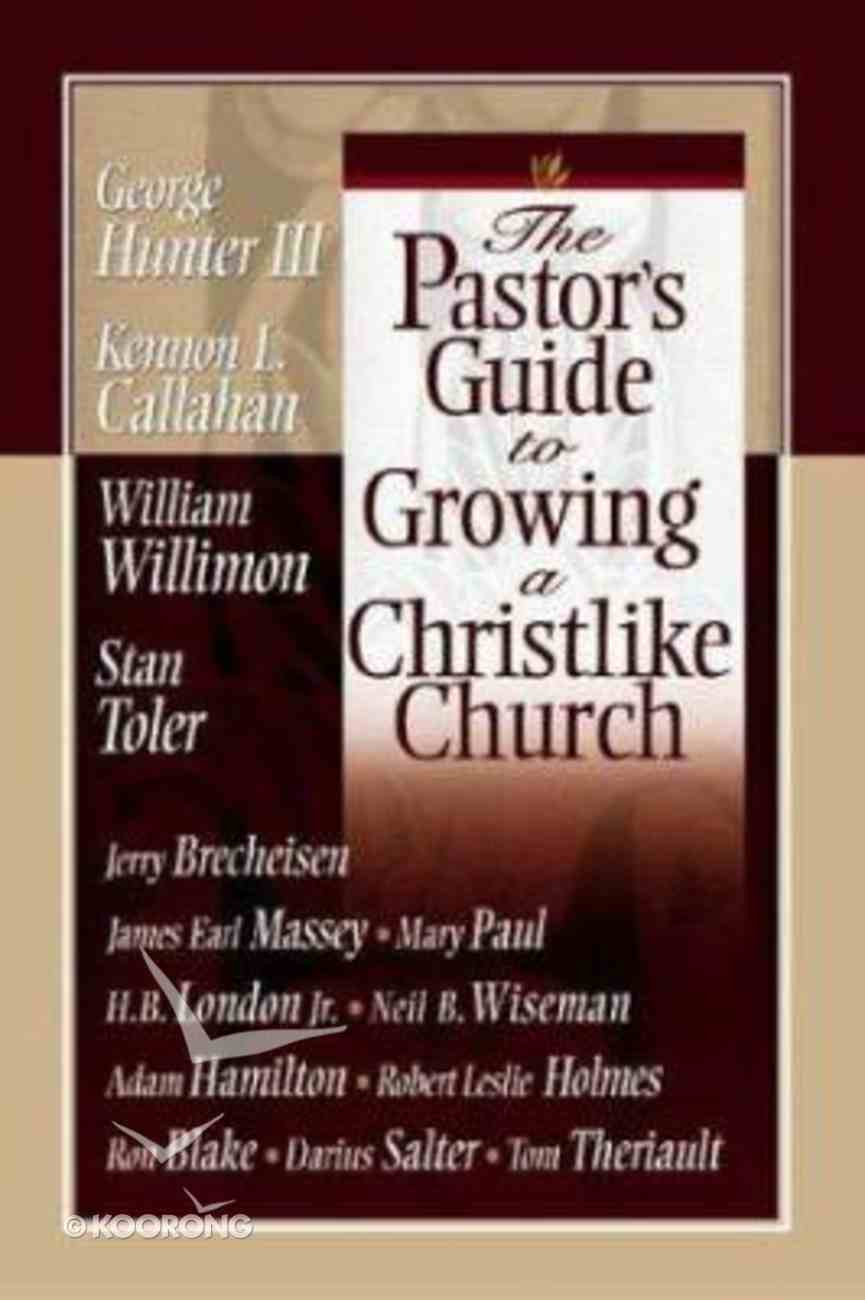 The Pastor's Guide to Growing a Christlike Church

100 Days to a Healthier Church: A Step-By-Step Guide For Pastors and Leadership Teams
Karl Vaters
Paperback

In The pastor's Guide To Growing A Christlike Church, you'll discover the keys to creating a vibrant, biblical, spiritually healthy church. William Willimon, Kennon Callahan, George Hunter III, and other well-known church leaders will teach you how to: *Develop servant leaders among the laity *Get laity involved in serving the community *Nurture healthy spirituality in the church *Develop authentic Christian community and fellowship *Plan worship services that bind church members together *Cast a vision for the future of the church *And much more!
-Publisher

How can you change a stagnant, inward-focused church of pew-sitters into a growing, outreach-oriented fellowship of believers? In The Pastor's Guide to Growing a Christlike Church, you'll discover the keys to creating a vibrant, biblical, spiritually healthy church. William Willimon, H.B. London, George Hunter III, and other well-known church leaders teach you how to: Develop servant leaders among the laity Get laity involved in serving the community Nurture healthy spirituality in the church Develop authentic Christian community and fellowship Plan worship services that bind church members together Cast a vision for the future of the church And much more
-Publisher

Jerry Brecheisen is an author, humorist, speaker, and musician, who serves as director of media for The Wesleyan Church. He is author of fifteen books and writes the weekly column Hope Above the Headlines.

-->STAN TOLER--> is senior pastor of Trinity Church of the Nazarene in Oklahoma City, Oklahoma, and hosts the television program "Mission Today." For the past ten years he has taught seminars for INJOY Group, a leadership development institute. Toler has written over 45 books, including his best-sellers' God Has Never Failed Me, But He's Sure Scared Me to Death a Few Times, The Five-Star Church and, his latest book, The Buzzards Are Circling, but God's Not Finished with Me Yet.-->