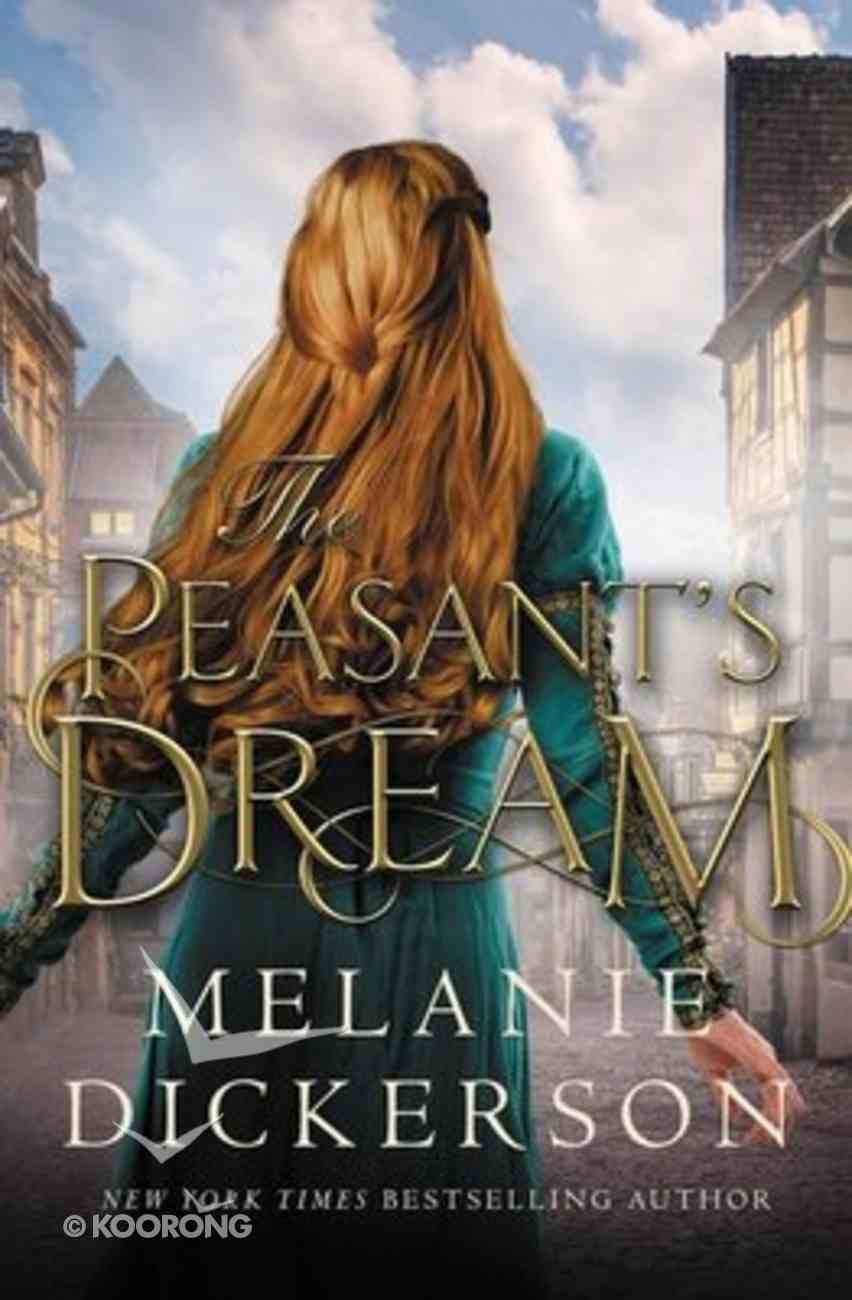 The Peasant's Dream (#11 in Hagenheim - My Fairy Tale Romance Series)

In this reverse reimagining of the Cinderella story, secrets and dangerous enemies threaten a fairy-tale romance. Adela, daughter of the Duke of Hagenheim, is rarely allowed outside the castle walls. But one day, longing for freedom, she sneaks away...

In this reverse reimagining of the Cinderella story, secrets and dangerous enemies threaten a fairy-tale romance.

Adela, daughter of the Duke of Hagenheim, is rarely allowed outside the castle walls. But one day, longing for freedom, she sneaks away to the market disguised as a peasant. There, she meets a handsome young woodcarver named Frederick.

Frederick, a poor farmer, is the sole provider for his family, and he often has to defend his mother from his father's drunken rages. He dreams of making a living carving beautiful images into wood, and he is thrilled when the Bishop of Hagenheim commissions him to carve new doors for the cathedral. As Frederick works on the project, he and Adela meet almost daily, and it doesn't take long for them to fall in love. Yet her true identity remains hidden from him.

When disaster separates them, Adela and Frederick find themselves caught in the midst of deceptions far more dangerous than innocent disguises. As the powerful lords set against them proceed with their villainous plans, secrets emerge that put Frederick and Adela's future at risk.

The final Hagenheim story; can be read as a stand-alone

:
In this reverse Cinderella story, a poor farmer's son, who dreams of using his talent as a woodcarver to make a better life for himself, falls in love with a duke's daughter and must fight for a chance to win her heart.


Adela is the youngest daughter of Duke Wilhelm of Hagenheim and is never allowed outside of the castle walls. She loves her family, but she sneaks away one day to the market in the town center. There she meets a handsome young man and wonders what it might be like to fall in love with a poor farmer with a kind heart instead of marrying the man her family is suggesting for her.


Frederick earns the income for his family and defends his mother from his father's drunken rages. He also uses his talent and creativity to carve figures, animals, and scenes into wood, and he's asked to carve these scenes into cathedral doors when his talent is noticed. Frederick is inspired by the sweet and beautiful Adela, but he has no knowledge of her true identity. When he gets swept up into a plan to kidnap the duke's daughter, both are shaken by what they learn about the other.


With the heartbroken Adela resigned to an arranged marriage with her noble suitor, Frederick must decide what he's willing to risk for love.

Dog, the Wolf and God, the
Folco Terzani
Hardback