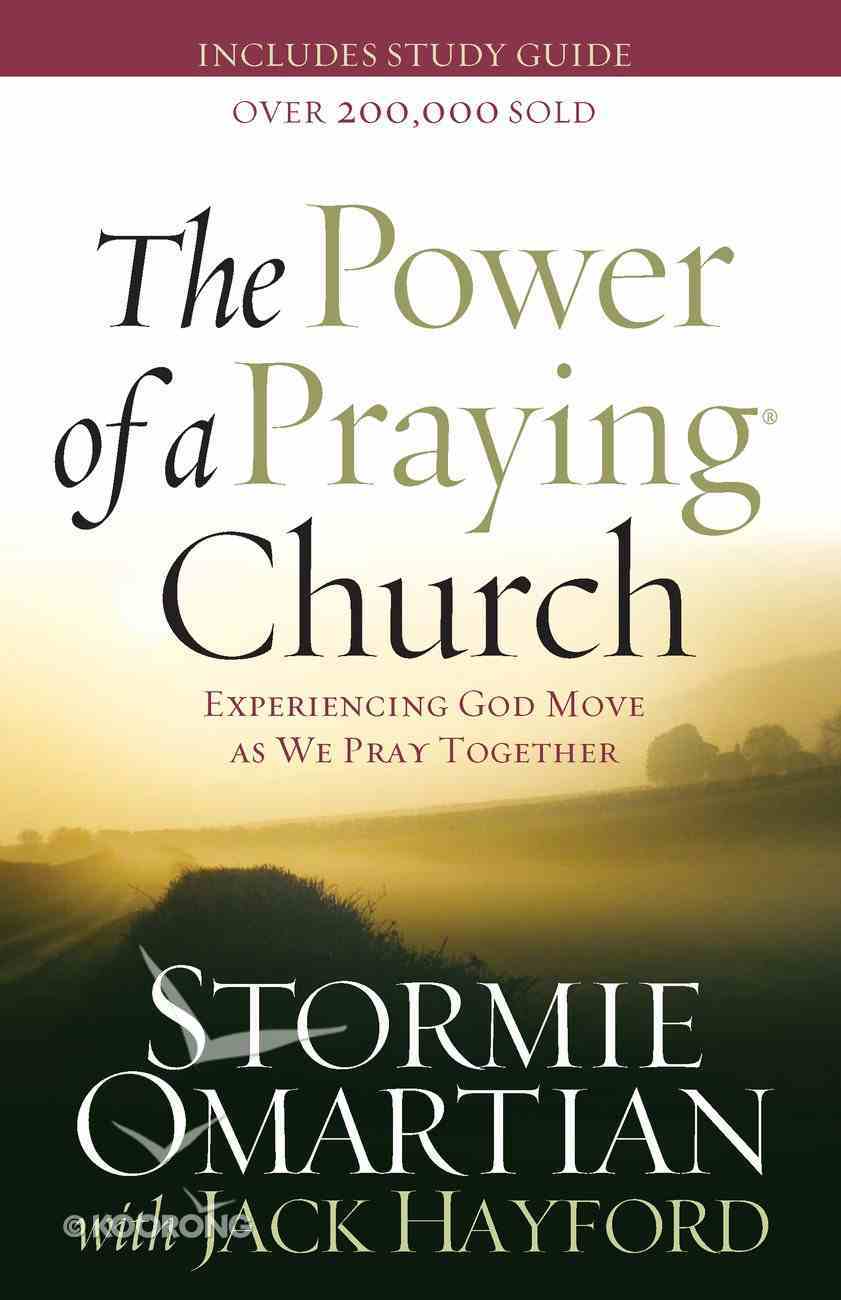 The Power of a Praying Church

Believers are promised God's powerful presence when they gather with others in prayer. Now bestselling authors Stormie Omartian (more than 10 million books sold) and her longtime pastor, Jack Hayford, look at the life-changing benefits and world-changing effects that...

Believers are promised God's powerful presence when they gather with others in prayer. Now bestselling authors Stormie Omartian (more than 10 million books sold) and her longtime pastor, Jack Hayford, look at the life-changing benefits and world-changing effects that result from praying with others. Readers will see how they can

strengthen their personal prayer times with God experience the joy of finding a prayer partner change their lives by becoming part of a dynamic prayer group uncover the far-reaching power of a praying church discover how in the world they can make a difference
As they boldly enter into close fellowship with other believers to effect change in the world, they will touch lives and needs with the power of the Father in heaven.


Rerelease of The Power of Praying Together