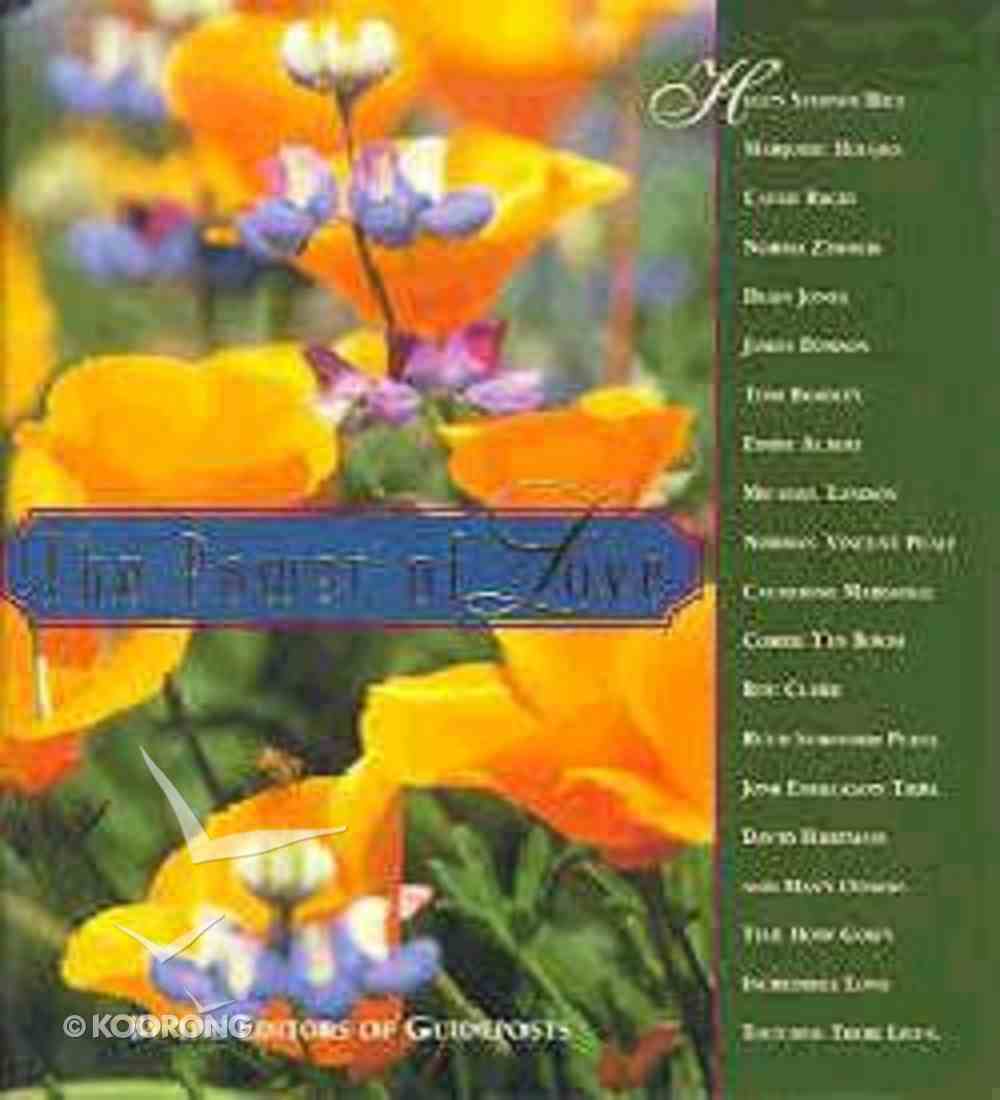 The Power of Love

This is Love
Max Lucado
Hardback

100 Emergency Bible Verses: In Case of Emergency...Get in Touch With God!
Hardback

In this special collection, over sixty people from all walks of life share their personal experiences of God's hand touching their lives, giving them counsel and direction at what seemed to be life's darkest moments--turning them into inspiring moments.
-Publisher

Clergyman and author Norman Vincent Peale was born in Bowersville, Ohio, on May 31, 1898. He was ordained into the Methodist Episcopal Church in 1922 and served as a pastor in a variety of churches in the eastern United States for the next decade. In 1932, he joined the Dutch Reformed Church and became the pastor of the Marble Collegiate Church, a post he would hold for more than fifty years. Peale's book, The Power of Positive Thinking, has sold more than fifteen million copies and been translated into forty languages. It helped create a viable market for self-help books. In addition to writing, he gave sermons on both television and radio and published Guideposts, a very successful weekly newsletter. He died on Christmas Eve, 1993.

Catherine Marshall began her writing career as a single mother, after the untimely death of her husband in 1949. She went on to write more than 20 books. Catherine's greatest success was her 1967 novel, Christy, inspired by the story of her mother, which spawned a television series, a youth book series, and a made-for-television movie. Catherine Marshall passed away in March 1983. Her second novel, Julie, was posthumously published in 1984. She left her journals with her husband, who edited selections that were published in 1986 as A Closer Walk: Spiritual Discoveries from Her Journals. - Publisher.

Blessings For a #1 Teacher
Hardback

The Heart of a Teacher
Karla Dornacher
Hardback