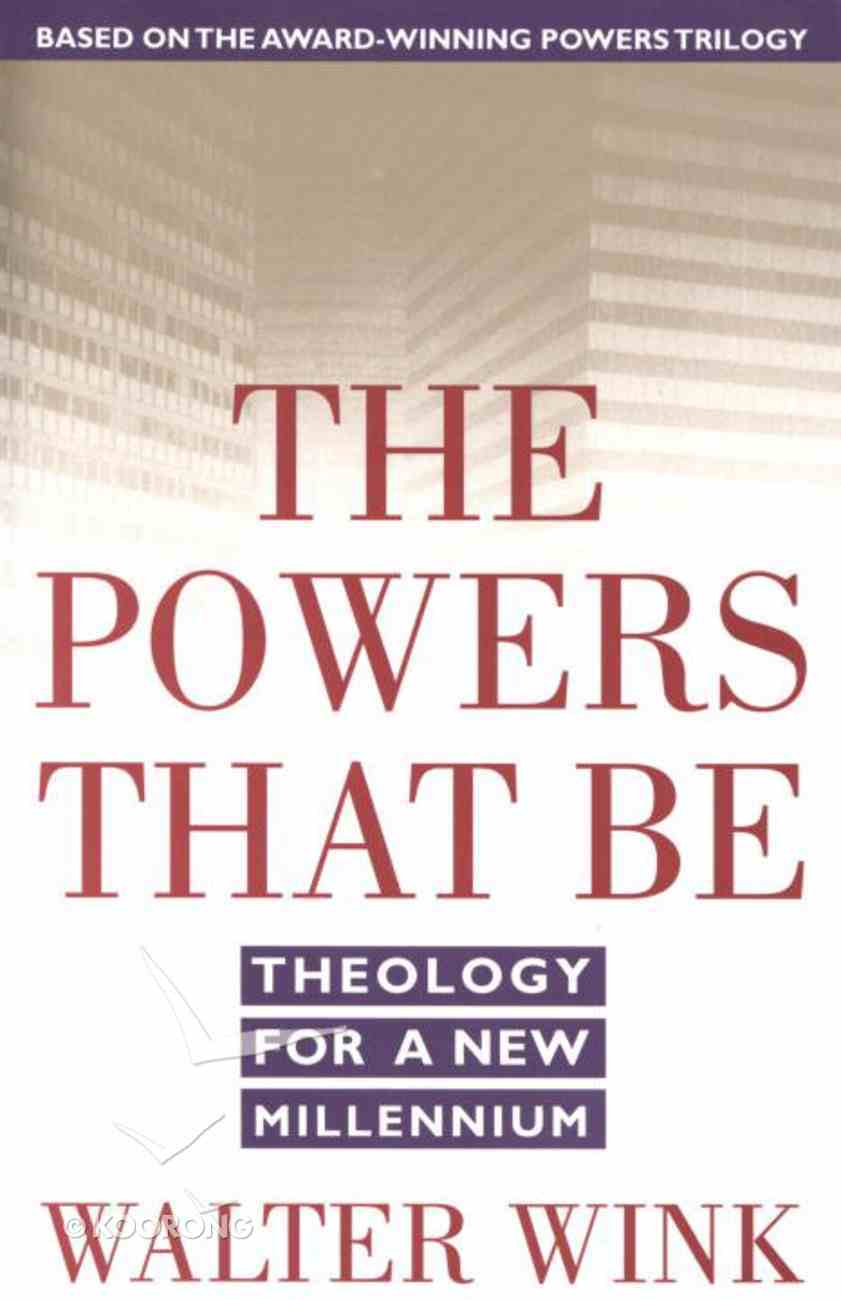 The Powers That Be

By condensing and popularizing the core ideas from his seminal trilogy on the Powers into one highly readable volume, Walter Wink has done for theology what E = mc(2) did for physics -- he has transformed our conception of the...

Is the Reformation Over?
Mark Noll, Carolyn Nystrom
eBook

Questions to All Your Answers
Roger E Olson
eBook

By condensing and popularizing the core ideas from his seminal trilogy on the Powers into one highly readable volume, Walter Wink has done for theology what E = mc(2) did for physics -- he has transformed our conception of the universe.^Old religious images such as a heaven "above" and a hell "below", while certainly a part of the popular imagination, have lost their value as a way of understanding the spiritual realm. Yet we are at a loss to know what will replace them. In "The Powers That Be", Walter Wink helps us reformulate our ancient concepts -- such as God and Satan, angels and demons, principalities and powers -- in light of our modern experience. Based on his understanding of the Bible, Wink creates a whole new way of viewing the world, and offers us a language for talking about and to God. This popularized abridgment of Naming the Powers, Unmasking the Powers, and Engaging the Powers radically reorients our perspective on life by creating new lenses through which we see reality. Equipped with this fresh outlook, we can embark on a new relationship with God and our world that will serve us well into the next millennium.
-Publisher

In our fast-paced secular world, God and theology  are second-class citizens. Money, politics, sports, and science seem better suited to the  hard realities of our world. As the church steeple has been eclipsed by the skyscraper as the centerpiece of the urban landscape, so has the divine realm been set aside in favor of more immediate human experience. One sad consequence of this shift is the loss of spiritual and theological bearings, most clearly evident in our inability to understand or speak about such things. If the old way of viewing the universe no longer works, something else has to replace it.

The Powers That Be reclaims the divine realm as central to human existence by offering new ways of understanding our world in theological terms. Walter Wink reformulates ancient concepts, such as God and the devil, heaven and hell, angels and demons, principalities and powers, in light of our modern experience. He helps us see heaven and hell, sin and salvation, and the powers that shape our lives as tangible parts of our day-to-day experience, rather than as mysterious phantoms. Based on his reading of the Bible and analysis of the world around him, Wink creates a whole new language for talking about and to God. Equipped with this fresh world view, we can embark on a new relationship with God and our world into the next millennium.

Dr. Walter Wink is Professor Emeritus of Biblical Interpretation at Auburn Theological Seminary in New York City. He received the Martin Luther King Jr. Peace Prize, awarded by the Fellowship of Reconciliation for 2006.