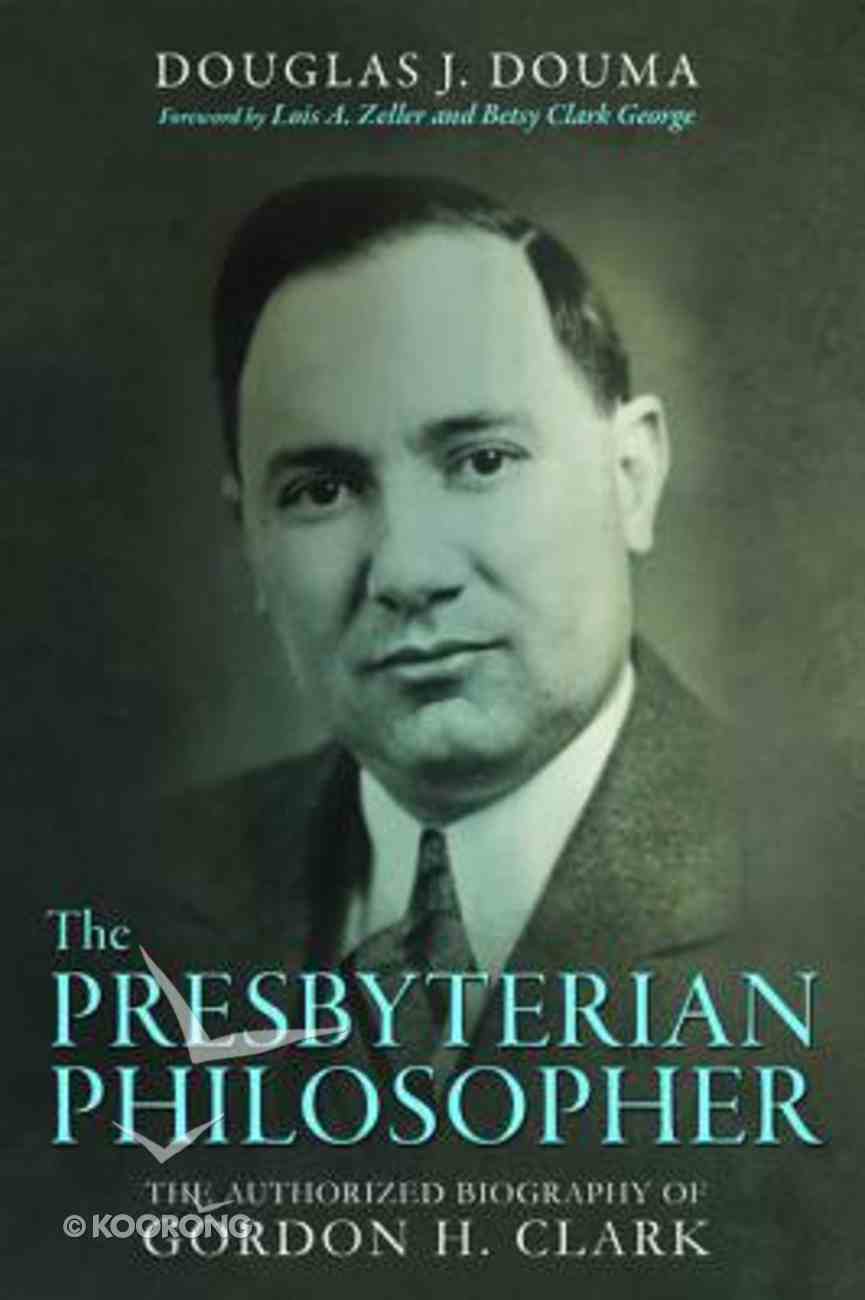 The Presbyterian Philosopher: The Authorized Biography of Gordon H. Clark

This is the story of Gordon Clark (1902-85), respected philosopher and prolific writer, who held that Christianity, as a logically coherent system, is superior to all other philosophies. Clark fought no wars and conquered no kingdoms. Yet he was a...

This is the story of Gordon Clark (1902-85), respected philosopher and prolific writer, who held that Christianity, as a logically coherent system, is superior to all other philosophies. Clark fought no wars and conquered no kingdoms. Yet he was a leading figure in many theological wars fought for the Kingdom of God. These battles for the minds and souls of men were every bit as crucial as physical wars between nations. In an age of increasing secularization, he put up an intellectual defense of the Christian faith. This faith, he believed, was a system. All of its parts link together, a luxury of no other philosophy. His stance shows a Christianity that is in fact intellectual, not relying on appeals to emotion or experience. In propounding this view, he encountered frequent opposition, not from the secular world, but from within his own denomination. This biography helps explain why his thought was so profound, why resistance mounted against him, and how his struggles impacted American Presbyterianism. Additionally, this book calls for a reappraisal of Clark's views, which have been maligned by controversy. Understanding and applying his views could significantly fortify Christians combating irrational and non-systematic ideas prevalent in today's churches. It is with great pleasure that I read and analyzed this biography. Matters mentioned in this biography have cleared up many of the lingering questions about the issues that I have had over the years. I suspect that a number of others will welcome those clarifications. The book is comprehensive, but while giving a clear and complete outline of his ministry in various venues, nevertheless focuses upon Clark's views and the responses of various persons to them over the years. The issues over the knowledge of God are thoroughly and fairly discussed, and the reader is left to decide whether or not Clark's view of human and divine attributes is ""cold"" as has been charged. The author seems not to think so, yet on this as on other issues, allows you determine your own opinion from the information that he presents rather objectively. For those who want to know more about the history and work of Gordon Clark, I can confidently recommend this book. --, Founder of The Institute for Nouthetic Studies Dr. Cornelius Van Til was absolutely correct when he stated that "" ... Clark"" was an "" ... outstanding Christian Philosophers of our time."" How can anyone disagree with Dr. Van Til's assessment of Dr. Gordon H. Clark? In this book on the life of Gordon H. Clark, you have the factual events that drove a wedge between Clark and Van Til. Even today the heart of the issue is hidden beneath years of misunderstanding. This is the definitive book on Clark's life, researched and documented by Doug Douma. A must read by laymen, students, pastors, and professors who love Reformed Christian Philosophy and Apologetics. --, President, Whitefield Theological Seminary and College To understand Gordon H. Clark is to understand the New Evangelicalism. As professor of philosophy at Wheaton College in the 1930s he influenced beyond measure their emerging leaders: Carl Henry, Ed Carnell, Paul Jewett, and Ed Clowney. His bigger-picture understanding of culture and Christianity and trenchant way of critiquing Liberalism went far beyond the good-intentioned but shallow Fundamentalism that had gone before. His evaluation of Barth and Bultmann was searchingly critical while recognizing their rejection of the old Liberalism. Cornelius Van Til had also been critical of previous Christian thinking, but his approach had led to a new Reformed narrowness while Clark's own scholarly way provided a more balanced response for our way ahead. I appreciate Douglas Douma's thorough and sympathetic treatment of GHC's work, and I am confident he will show us from Clark where we may find new hope and vigor to focus the Christian gospel against humanistic culture. --, Professor of Church History Emeritus, West
-Publisher