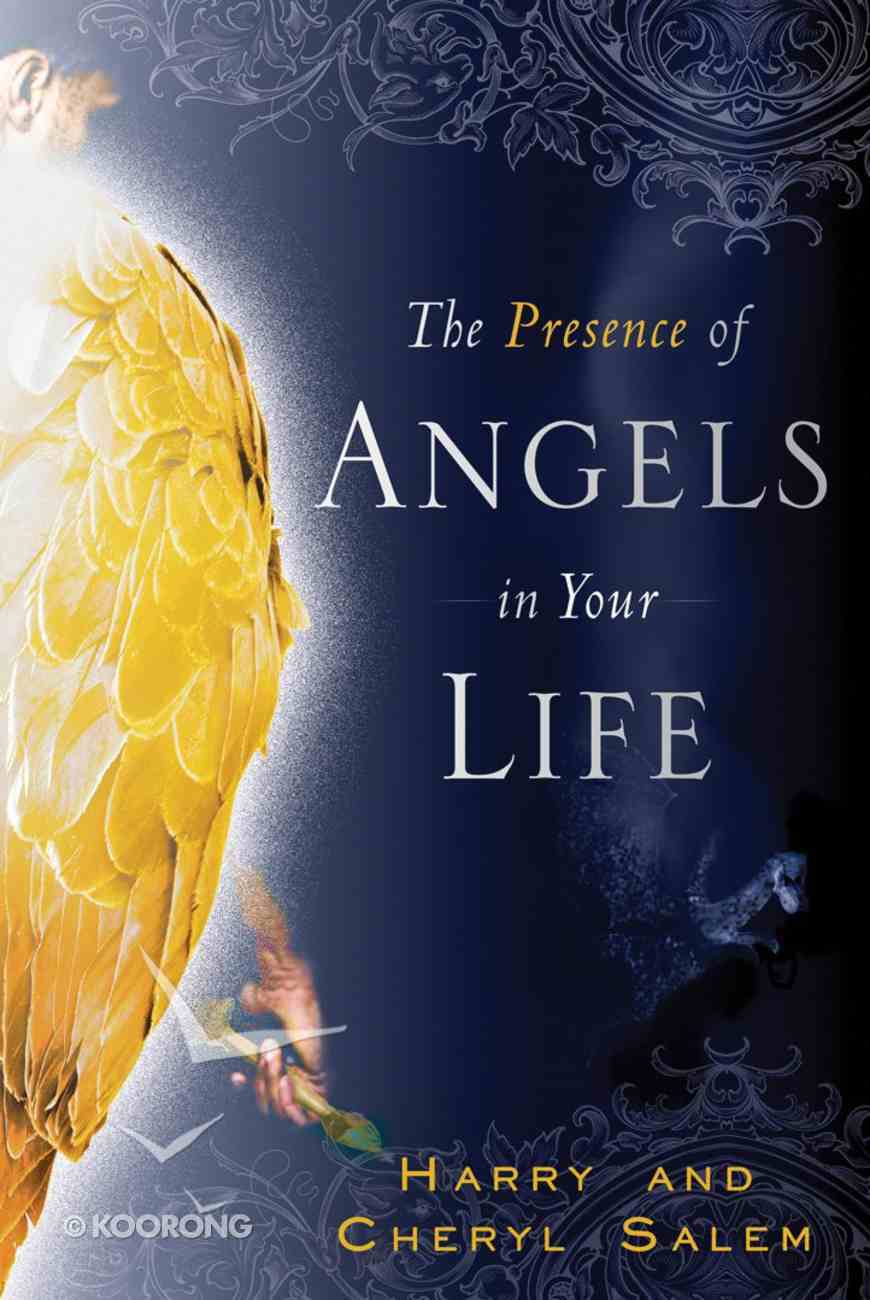 The Presence of Angels in Your Life

The Presence of Angels in Your Life diligently balances the experiential with the Word of God. As one who can see into the spirit realm, coauthor Cheryl Salem regularly observes angels in services praising God, warring against demons, and...

The Presence of Angels in Your Life diligently balances the experiential with the Word of God. As one who can see into the spirit realm, coauthor Cheryl Salem regularly observes angels in services praising God, warring against demons, and bringing miracles to people.


The Presence of Angels in Your Life brings enlightenment to your mind, heart, and spirit through personal angelic encounters and practical teaching. You will be comforted by the reality of knowing that guardian angels watch over each believer from the womb to paradise and will be touched by the author's honest descriptions of encounters with both the spirit of death and with God's angels who came to escort her daughter to Heaven.


God wants you to know and recognize the many great benefits made available to you as His child. In these last days, the onslaught of the enemy is getting more and more intense. You need access to every weapon available, especially the reality of the supernatural realm. This book is a daily guide about how to win the battles the enemy pushes your way and describes how angels are a weapon sent from God to help you fulfill your purpose.

Harry and Cheryl Salem have a beautiful love story to tell. It began in 1985, when a confident, successful businessman met Miss America. Sparks instantly flew! They soon wed, but the honeymoon stage didn't last forever. Through desperate, low valleys and tremendous high places, this couple has walked -- not always in perfect harmony, but still together and in agreement.

Harry and Cheryl Salem are ministers of the Gospel. Parents to sons, Harry III and Roman, they also have a daughter in heaven. Gabrielle Christian passed away in 1999 at the age of six. This tragedy brought the family closer together, and the Lord began to use Harry and Cheryl to minister hope and restoration to other families in grief. God has restored the Salem family and because of His mighty anointing, the altars have been flooded with people receiving salvation, with countless re-dedications, with miraculous healings and with bodies, lives, marriages and souls being restored! Cheryl was crowned Miss America in 1980, but tremendous adversities nearly ended that dream before it began. As a young girl, she survived a horrific car crash that cracked her back and crushed her left leg, resulting in a physical handicap and over 100 stitches in her face. Eleven years old, poor, crippled and scarred... but a miracle, too! This was the outlook Cheryl chose, as she had been told that she might not ever walk again. But walk, she did! And she walked the runway in Atlantic City, against all odds, but all because of Jesus. Harryrsquo;s father passed away when Harry was 10 years old, leaving him with a mandate to be the man of the house, to never cry, and to take care of his mother and sisters. This challenge caused Harry to excel, but to also grow up with a cautious outlook on life. He quickly made a name for himself in the corporate world, becoming a chief executive before the age of 30, but he knew that there was more. He and Cheryl met, married and started their family, but it wasnrsquo;t until the mid-nineties that Harry had an encounter with God that changed him forever. He let go of the pain of growing up without his father and of the stress of the mantle that had been placed on his shoulders at such a young age. He began to trust God ndash; and he has never looked back. Harry, a recent recipient of an honorary Doctor of Divinity degree from Heritage University Seminary in Florida, is now the president of Salem Family Ministries and together he and Cheryl travel the world telling people of the love of God, His restoring power, His healing hand and His imminent return! &#160; Cheryl has recorded several music CDs, the latest being the very popular, ldquo;Great is Your Grace.rdquo; She and Harry have co-written numerous books as well, with topics including fatherhood, motherhood, marriage, worship and rest. Their newest book,We Who Worship, is designed to bring the reader into a deeper level of purity and intimacy with God in worship.We Who Worshipexposes issues and agendas which can hinder the flow of true worship. Both Harry and Cheryl are sought-after speakers, who minister at churches and events across the nation. Harry has a heart for men, preaching and teaching on overcoming issues in life. Cheryl is a popular speaker at ladies events, encouraging women to reach their godly potential, but the focus of Salem Family Ministries is to take this unique, tag-team style of ministry into churches, two by two, to reach families for God, one by one.

Why I Am Still Surprised By the Power of the Spirit: Discovering How God Speaks and Heals Today
Jack Deere
Paperback