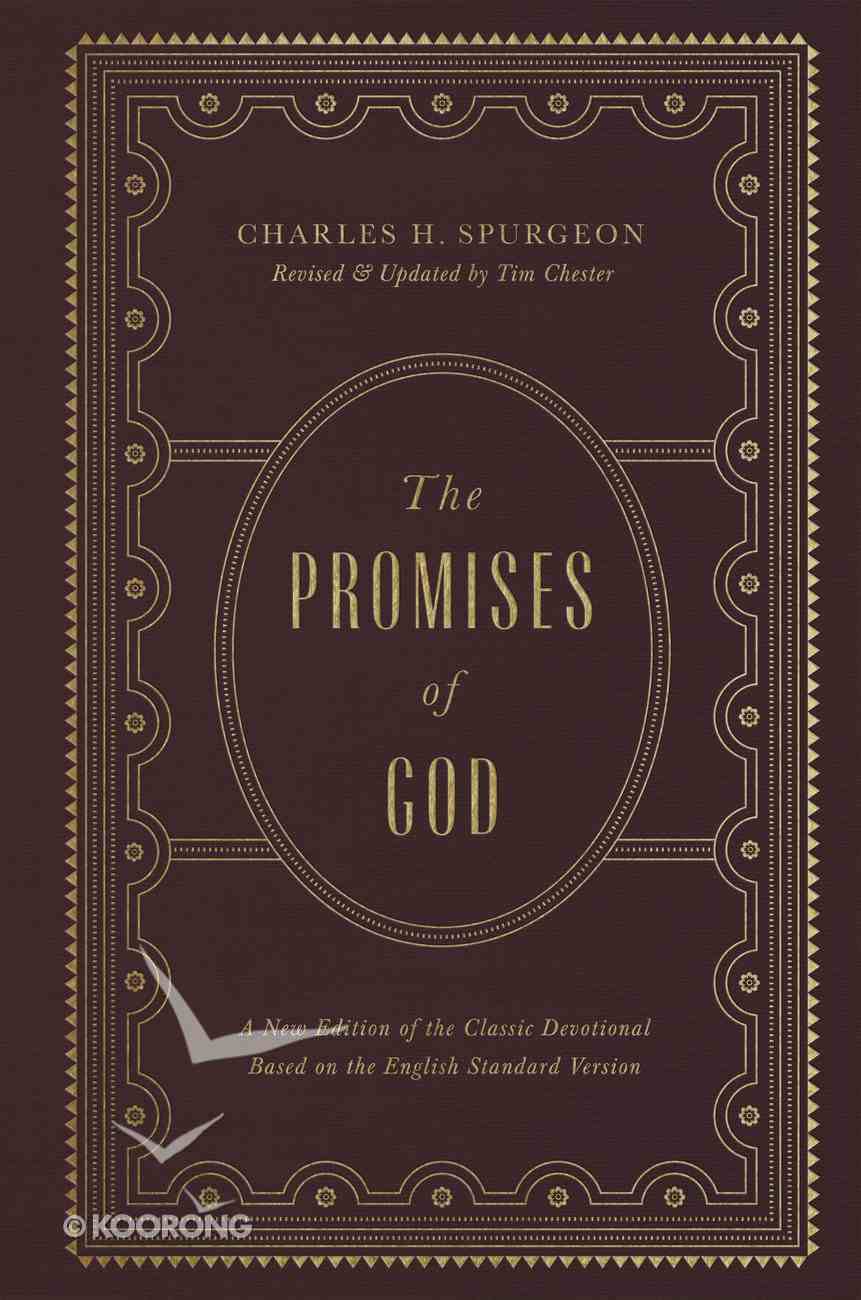 The Promises of God: A New Edition of the Classic Devotional Based on the ESV

: For a century and a half, Charles Spurgeon's classic daily devotional on God's promises has comforted the hearts of God's people. For each day of the year, Spurgeon reflects on a specific promise of God from Scripture that strengthened...

:
For a century and a half, Charles Spurgeon's classic daily devotional on God's promises has comforted the hearts of God's people. For each day of the year, Spurgeon reflects on a specific promise of God from Scripture that strengthened his own heart in times of severe depression and suffering. In this volume, Tim Chester allows Spurgeon speak to a new generation-updating archaic words, shortening sentences, and using modern word ordering-while maintaining Spurgeon's passionate and pastoral voice. These devotional readings will propel modern Christians to renewed faith in the promise-making and promise-keeping God of the Bible.

Soar Above the Storm: Hope in Suffering (A 40-day Devotional)
Nick Hawkes
Paperback