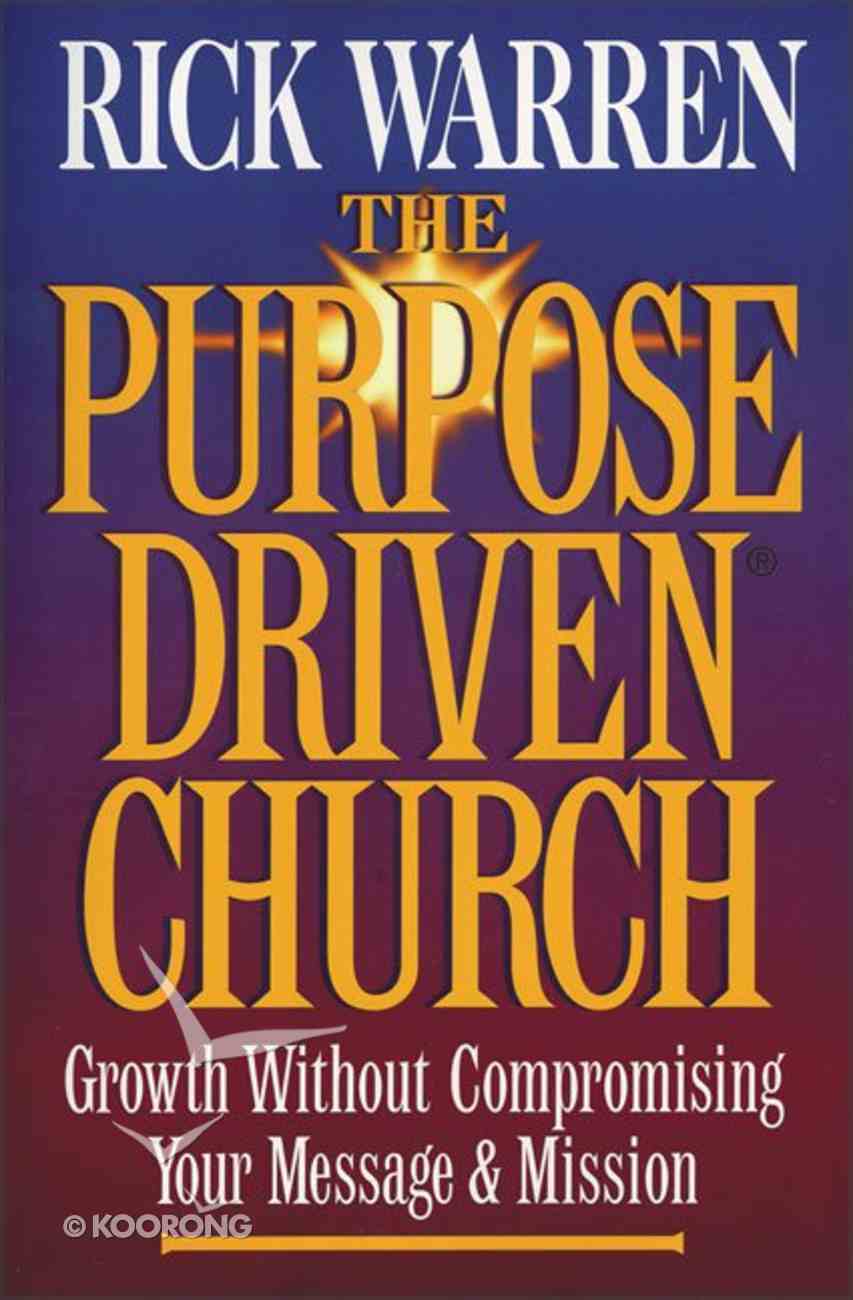 "The Purpose-Driven(R) Church has brought focus and direction to more pastors and church leaders than you can count. What a gift!"--John Ortberg, bestselling authorEvery church is driven by something. Tradition, finances, programs, personalities, events, seekers, and even buildings can each...

6 available
Expected to ship within 8 hours from Australia.
Learn More
Free Shipping
for orders over $99.

"The Purpose-Driven(R) Church has brought focus and direction to more pastors and church leaders than you can count. What a gift!"--John Ortberg, bestselling authorEvery church is driven by something. Tradition, finances, programs, personalities, events, seekers, and even buildings can each be the controlling force in a church. But Rick Warren believes that in order for a church to be healthy it must become a purpose-driven church, built around the five New Testament purposes given to the church by Jesus."The issue is church health, not church growth!" declares Warren. "If your church is healthy, growth will occur naturally. Healthy, consistent growth is the result of balancing the five biblical purposes of the church."Rick Warren shares a proven five-part strategy that will enable your church to grow- warmer through fellowship- deeper through discipleship- stronger through worship- broader through ministry- larger through evangelism.The Purpose-Driven(R) Church shifts the focus away
-Publisher

What Drives Your Church? "The Purpose-Driven Church has brought focus and direction to more pastors and church leaders than you can count. What a gift! I can't imagine anyone who's serious about the church not reading it." John Ortberg Author of Everybody's Normal Till You Get to Know Them "After reading The Purpose-Driven Church in 1995, I ordered twenty copies for my staff and elders. Eight years later, the message and strategy contained in this work are as significant and relevant as ever." Andy Stanley Senior Pastor, North Point Community Church "In 1985, I heard Rick present the contents of this book in a seminar format. As he spoke, for the first time I imagined leaving my teaching career in higher education to enter pastoral ministry. My heart was won by Rick's vision of the Church driven by her God-given purpose-rather than by doctrinal arguments, denominational competition, or institutional survival. That vision has been alive in me ever since, and you can catch it too, through these pages." Brian McLaren Pastor, Author, Fellow in Emergent (Emergentvillage.com) "One hundred years from now church leaders will be studying the movement known as 'purpose driven' churches. They will find Rick Warren as its architect and The Purpose-Driven Church as his blueprint." Erwin Raphael McManus Founder of Awaken and Lead Pastor of Mosaic "Although the actual form of ministry may look different from different types of people, there are extremely critical principles within this book that we all need to know, no matter what generation or philosophical mindset we are involved with." Dan Kimball Author of The Emerging Church and Pastor of Vintage Faith Church Discover What Business Leaders Can Learn from the Church "The best book on entrepreneurship, business, and investment..." Rick Karlgaard Forbes Magazine
-Publisher