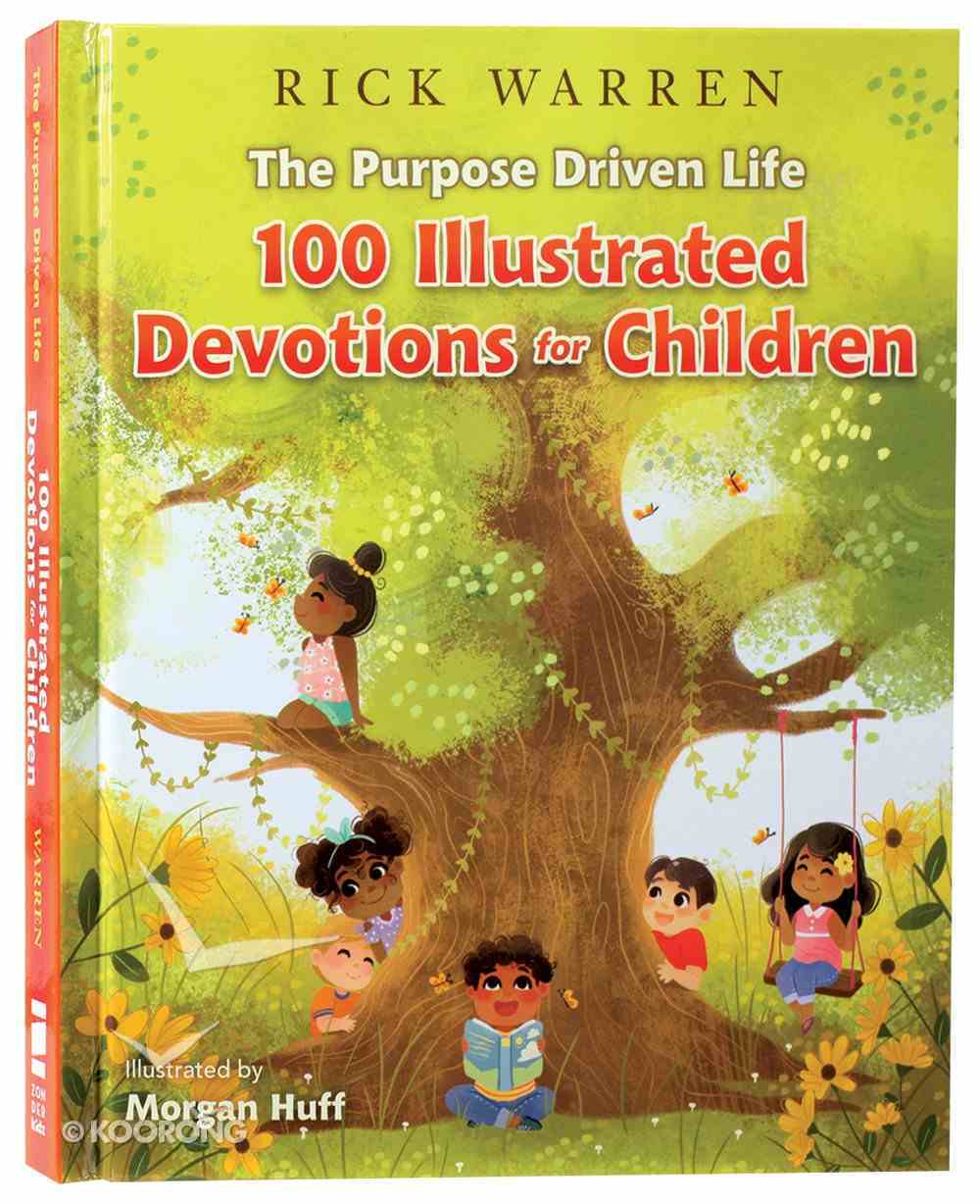 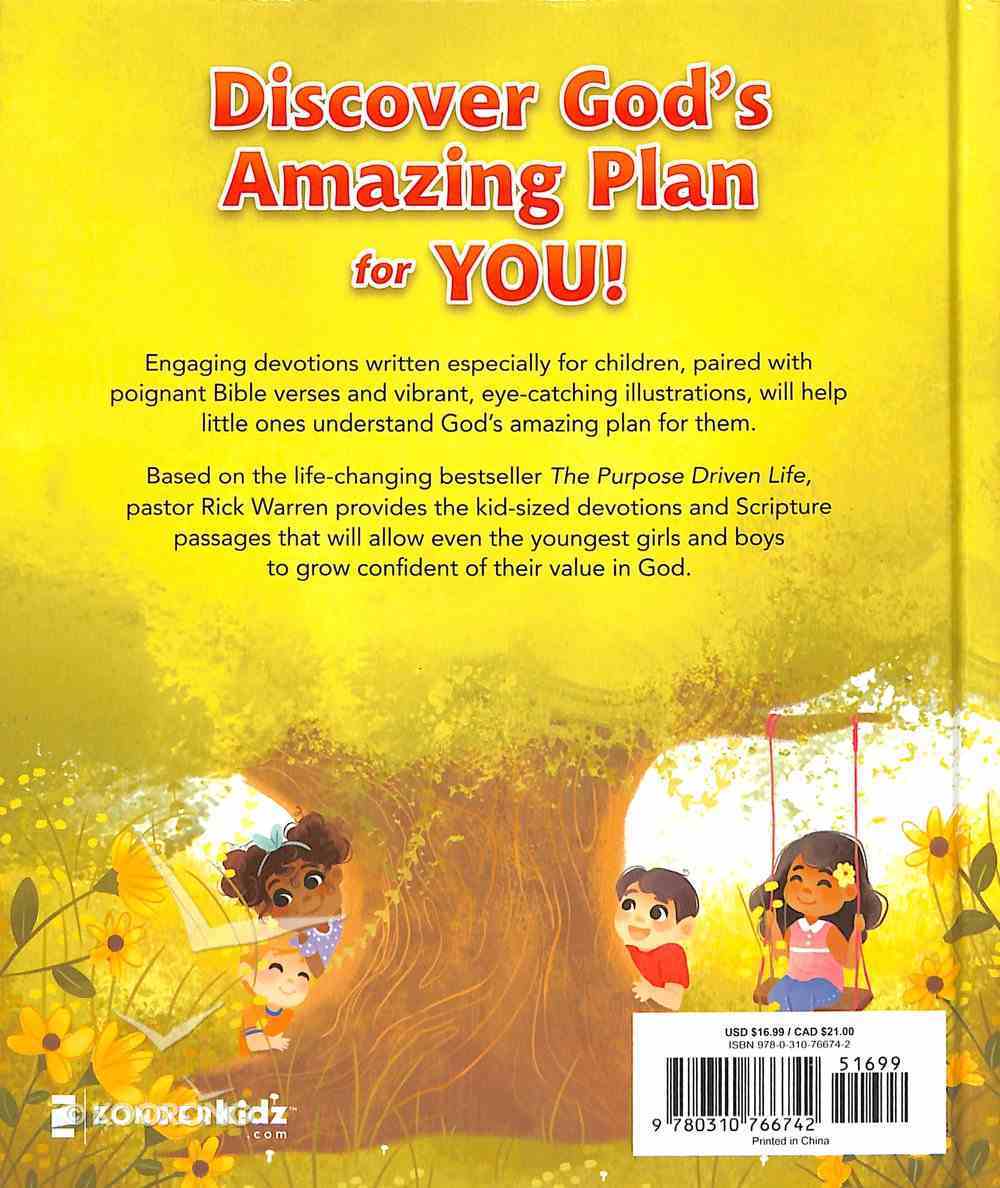 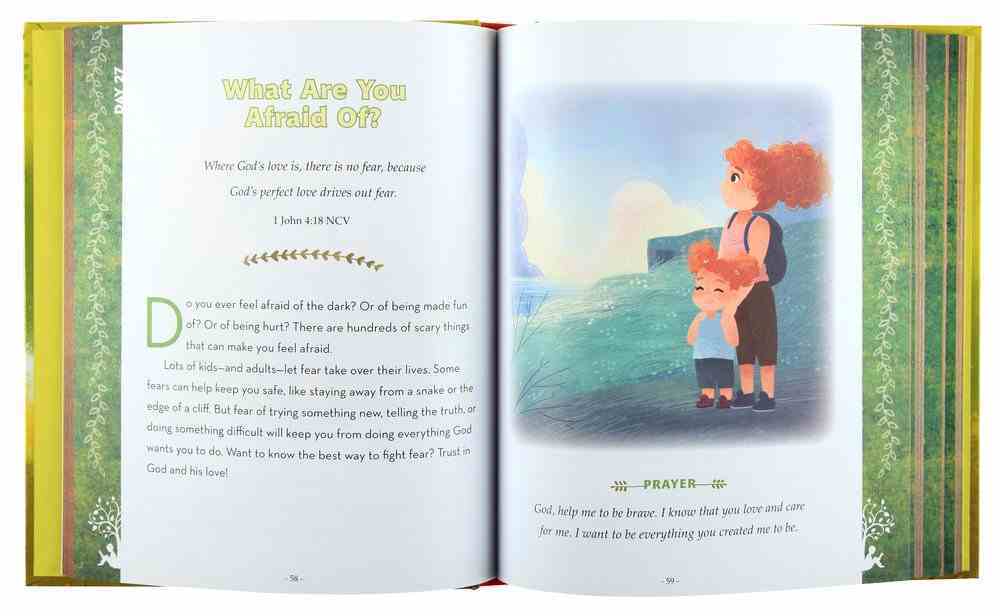 Jesus Calling For Little Ones
Sarah Young
Board Book

Thoughtful and engaging devotions written especially for children and paired with vibrant illustrations, The Purpose Driven Life 100 Illustrated Devotions for Children will help readers understand God's amazing plan for them. Based on the life-changing bestseller The Purpose Driven Life, pastor Rick Warren provides relevant devotions and Scripture that will speak to the daily challenges children face and give real-world application for readers to discover their purpose and grow confident of their value in God.

:Based on the wisdom that has helped millions of readers throughout the world, these engaging devotions by pastor Rick Warren are written especially for little ones, reminding them of God's amazing plan for their lives.

The Purpose Driven Life 100 Illustrated Devotions for Children uses the principles found in pastor Rick Warren's life-changing bestseller, The Purpose Driven Life, but delivers them as devotions that speak directly to the daily challenges kids face. Paired with powerful Scripture passages and engaging illustrations, little ones will find the hope and faith they need to grow confident in their roles as God's children.

Pastor Rick Warren wants kids to know: "You are not an accident. Even before the universe was created, God had you in mind, and he planned you for his purposes. You were made to last forever!"


- Provides relevant devotions and Scripture passages that speak directly to the daily challenges kids face
- Gives real-world applications for young girls and boys to begin discovering their purpose
- Features content adapted from the #1 international bestseller, The Purpose Driven Life
- Is written especially for kids ages 4-8 to grow confident of their value in God
- Is a perfect gift for birthdays and First Communions; as well as ideal for summer reading, kindergarten, preschool, 1st and 2nd grade classrooms, Sunday school, daycare, and homeschooling

Morgan Huff is an artist who specializes in children's illustration. She loves to draw creatures of all shapes and sizes--foxes in particular! When she's not making art, Morgan can be found drinking tea, munching on cake, and reading. She lives in a small town on the central coast of California.

Grace For the Moment 365 Devotions For Kids
Max Lucado
Hardback

Be Like Jesus: 180 Devotions and Prayers For Kids
Marilee Parrish
Paperback