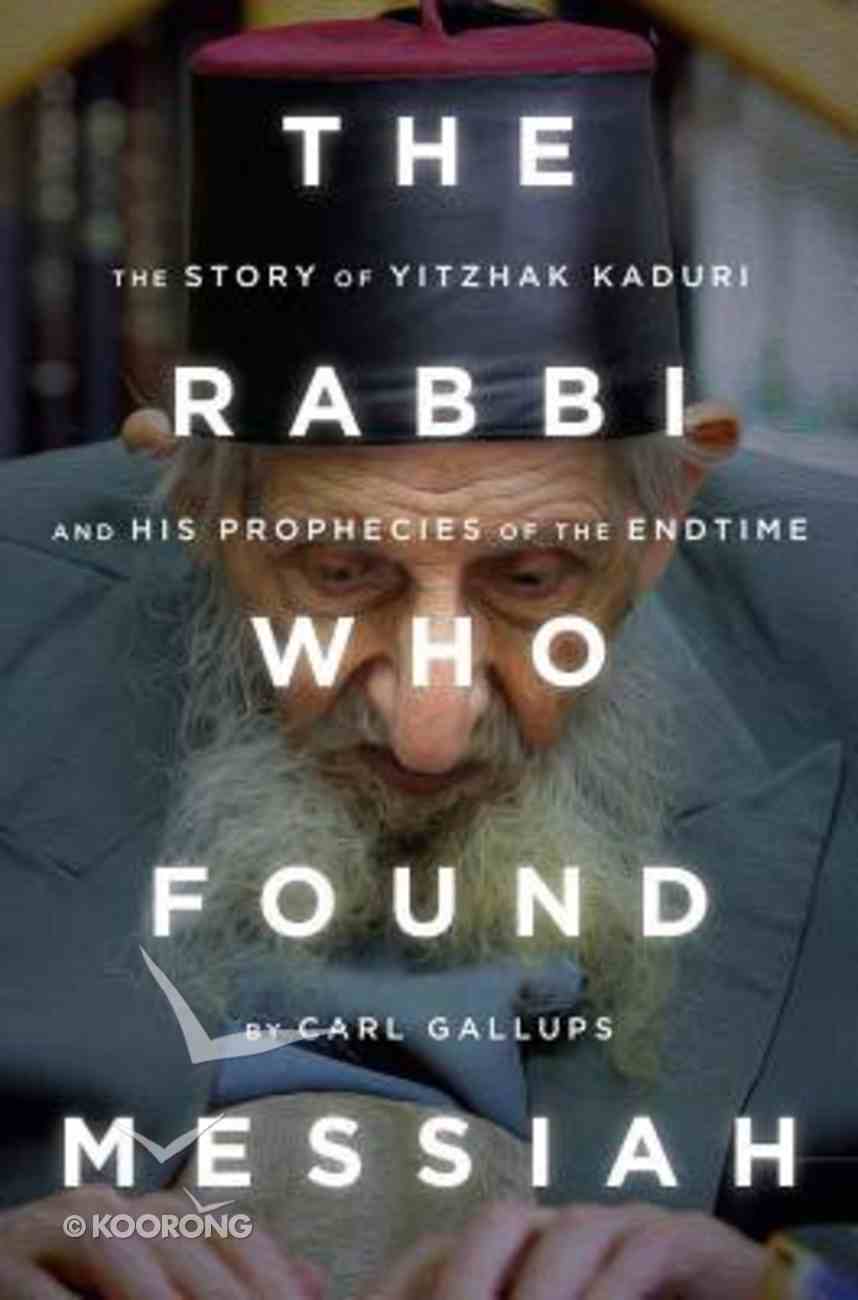 The Rabbi Who Found Messiah

Read the shocking story that the media have ignored and covered up. In 2007, two Israeli news publications, Israel Today and News First Class reported that the most famous Rabbi in Israel's modern history, 108-year-old Yitzhak Kaduri, had left a...

I Am Israel
DVD

The Key to the Middle East
Derek Prince
Paperback

Read the shocking story that the media have ignored and covered up. In 2007, two Israeli news publications, Israel Today and News First Class reported that the most famous Rabbi in Israel's modern history, 108-year-old Yitzhak Kaduri, had left a cryptic death note revealing the name of the long-awaited Messiah. Within a year after the rabbi's death, the note was reported to have been verified as authentic by some of Kaduri's closest followers and then placed on Kaduri's own website (Kaduri.net). The purported Kaduri message proclaimed that Messiah's name was Yehoshua, or Jesus. Its significance shocked the religious world. Shortly thereafter the furor began. The note immediately disappeared from Kaduri's website. The media refused to report further upon the matter. The Kaduri family, and several others close to the Kaduri ministry, began to claim that the note was a forgery or a mere fabrication - a cruel joke. Now, author, senior pastor, radio talk show host, and former law enforcement officer Carl Gallups, uses his biblical knowledge and journalistic and investigative skills to explore the matter inside and out. His thorough and balanced reporting of the documented facts of the case will astound you. Messianic Rabbi Jonathan Cahn, author of The Harbinger, several renowned biblical experts, as well as former students of Kaduri's rabbinical training school weigh in on the case. Gallup's exciting detailed reporting reaches startling conclusions that will amaze you. Mystical death-curses, visions of Messiah, an important world political figure under threat, religious leaders in shock, a cryptic death note, and more, this story is shocking, it is true and it is still unfolding. Did Rabbi Kaduri actually see and identify the real Messiah? From the publishers and the movie studio that brought you the best-selling documentary The Isaiah 9:10 Judgment comes the story of The Rabbi Who Found Messiah.
-Publisher

Carl Gallups is the long-time Senior Pastor of Hickory Hammock Baptist Church. Additionally, he is a conference leader, evangelist, and Christian media icon. Carl is one of the founders of video teaching material to the world famous PPSIMMONS You Tube ministry and Biblical apologetics channel. He is a graduate of Florida State University and The New Orleans Baptist Theological Seminary.