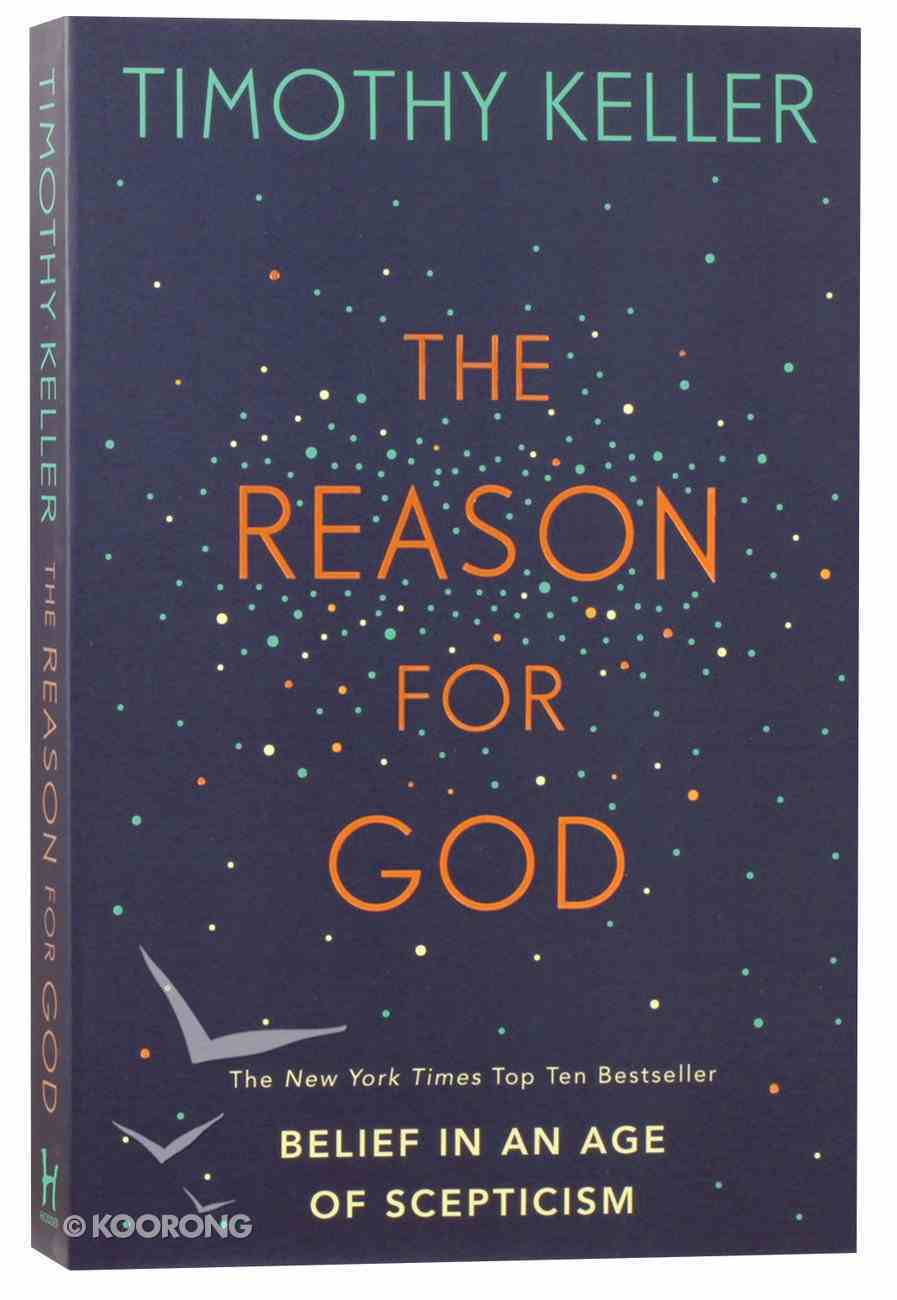 The Reason For God: Belief in An Age of Scepticism

Timothy Keller uses reason, philosophy, and literature to make a compelling case for the rationality of belief in the Christian God. He brilliantly addresses the arguments of influential anti-theists such as Richard Dawkins and the late Christopher Hitchens.

Timothy Keller uses reason, philosophy, and literature to make a compelling case for the rationality of belief in the Christian God. He brilliantly addresses the arguments of influential anti-theists such as Richard Dawkins and the late Christopher Hitchens.

At a time when scientists and critics such as Richard Dawkins and Christopher Hitchens are questioning the validity of religion, this book uses literature, philosophy and reason to explain how faith in a Christian God is a soundly rational belief.
Timothy Keller, pastor of an inner-city New York church, looks at some of the most widespread accusations levelled at Christianity, including

Christianity's claim of exclusivity; how a good God could allow suffering; why the Church is responsible for injustice; if science has disproved religious belief. This book has been written for believers and non-believers, sceptics and churchgoers, and charts a brilliantly considered and impassioned path to Christianity - a Mere Christianity for the twenty-first century.
-Publisher

As the pastor of an inner-city church in New York City, Timothy Keller has compiled a list of the most frequently voiced 'doubts' sceptics bring to his church, as well as the most important reasons for faith. In THE REASON FOR GOD, he addresses each doubt and explains each reason.Keller uses literature, philosophy, real-life conversations, and reasoning to explain how faith in a Christian God is a soundly rational belief, held by thoughtful people of intellectual integrity with a deep compassion for those who truly want to know the truth.
-Publisher

The Reason For God: Conversations on Faith and Life (Dvd)
Timothy Keller
DVD

The Reason For God: Belief in the Age of Scepticism
Timothy Keller
Paperback

The Reason For God: Belief in An Age of Skepticism (Large Print)
Timothy Keller
Paperback

The Reason For God: Belief in An Age of Skepticism
Timothy Keller
Hardback