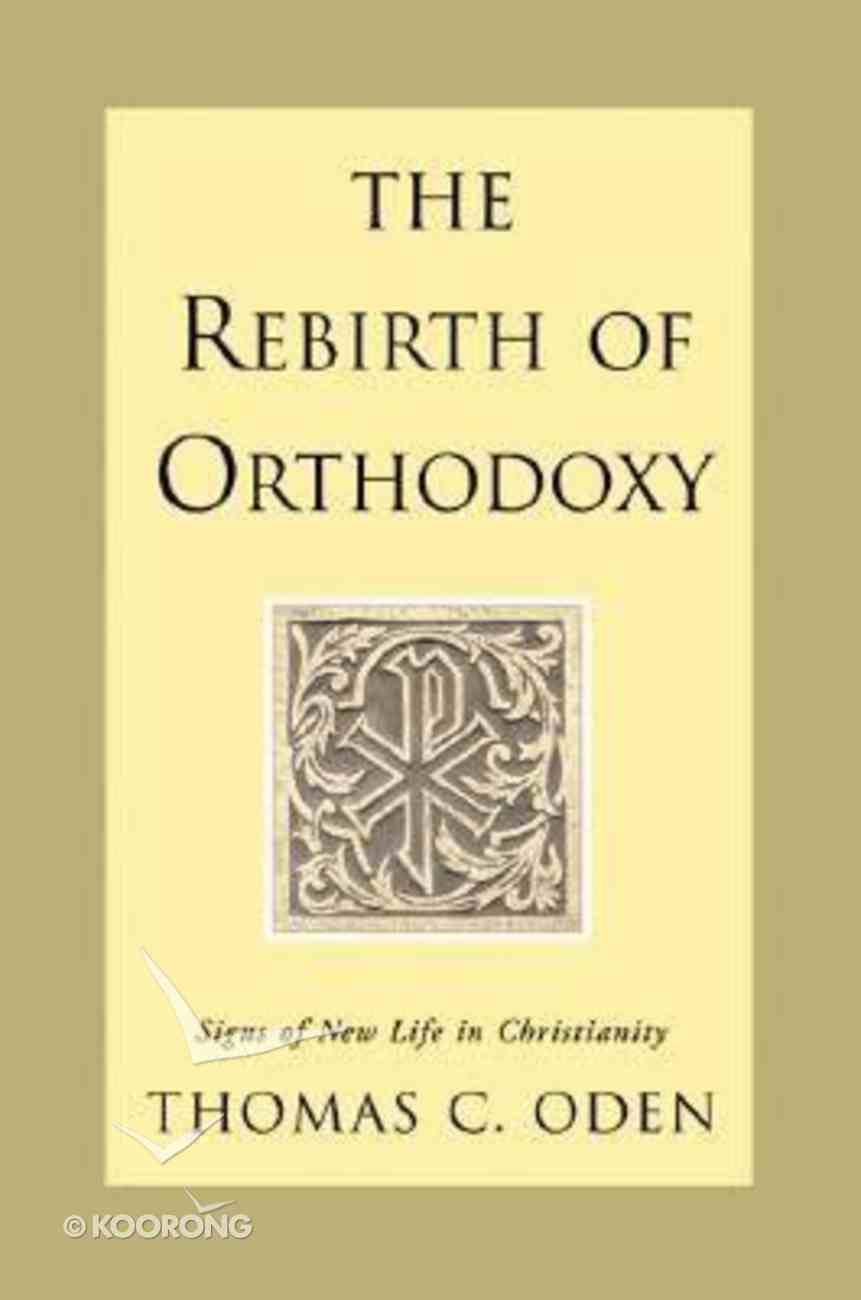 The Rebirth of Orthodoxy

Thomas C Oden notes a stark reversal in our time: as modern secular and political ideologies continue to wane, communities of traditional faith are flourishing now more than ever. In Christianity, this resurgence shows itself in widespread efforts to reclaim...

A Change of Heart: A Personal and Theological Memoir
Thomas C Oden
Hardback

Thomas C Oden notes a stark reversal in our time: as modern secular and political ideologies continue to wane, communities of traditional faith are flourishing now more than ever. In Christianity, this resurgence shows itself in widespread efforts to reclaim the classic spiritual practices: the close study of scripture, daily prayer, regular observance in a worshiping community, doctrinal integrity, and moral accountability. This rebirth is characterized by a return to orthodoxy that is gathering across denominational lines, rejecting the old partisan battle-lines of the past.

This emerging and vibrant new orthodoxy is evident across the spectrum of Christian communities -- Evangelical, Mainline, Orthodox, and Catholic -- and is paralleled in Jewish communities as well. It is grounded in an acceptance of the historical consensus of scriptural interpretation, tempered by the openness to diversity contained in tradition itself, and enlivened by the freedom that comes from centered belief and practice. Its harbingers are neither the jaded power brokers and policy wonks of the old liberal Ecumenical establishment, nor their isolationist counterparts on the politically active fundamentalist right, but instead are lay believers emboldened by the rediscovery of ancient and relevant truths.

Oden contends the challenges of the new millennium are less political than spiritual and moral. He sees the coming years as a pivotal period of opportunity, recovery, and rebuilding in which our faith heritage will regain relevance and power, despite its having been long disdained by media managers and the knowledge elites. The Rebirth of Orthodoxy is at once a description of a movement already underway, as well as a statement of its essential features.

"This book is a must-read for all concerned about God's future in this world." - J I Packer. 224 pages, from Harper Collins.
-Publisher

A leading theologian describes the unexpected yet remarkably relevant resurgence of a new Christian Orthodoxy--postdenominational, flexible, and rooted in ancient beliefs.
-Publisher