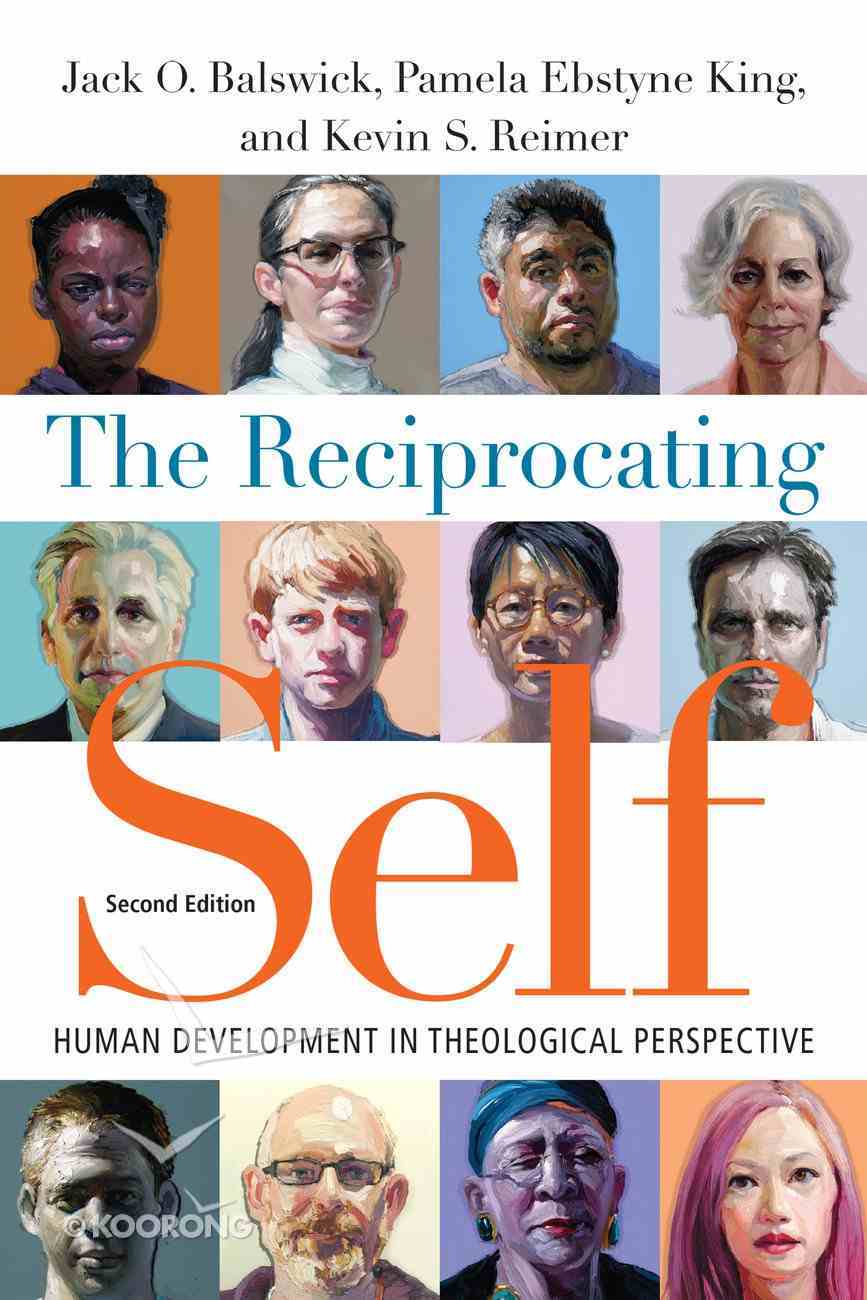 The Reciprocating Self (2nd Edition)

:On the basis of a theologically grounded understanding of the nature of persons and the self, Jack O. Balswick, Pamela Ebstyne King and Kevin S. Reimer present a model of human development that ranges across all of life's stages: infancy,...

Beyond Human: Science and the Changing Face of Humanity
John Bryant
eBook

Questions in the Psychology of Religion
K Seybold
eBook

:On the basis of a theologically grounded understanding of the nature of persons and the self, Jack O. Balswick, Pamela Ebstyne King and Kevin S. Reimer present a model of human development that ranges across all of life's stages: infancy, childhood, adolescence, young adulthood, middle adulthood and elder adulthood. They do this by drawing on a biblical model of relationality, where the created goal or purpose of human development is to become a reciprocating self?fully and securely related to others and to God.Along the way, they provide a context for understanding individual development issues?concerns, tensions, worries or crises encountered by the self in the context of change. Awareness of these issues is most pronounced at developmental transitional points: learning to talk and walk, beginning to eat unassisted, going to school, developing secondary sexual physical features, leaving home, obtaining full-time employment, becoming engaged and then married, having a child for the first time, parenting an adolescent, watching children move away from home, retiring, experiencing decline in physical and mental health, and, finally, facing imminent death. The authors contend throughout that, since God has created human beings for relationship, to be a self in reciprocating relationships is of major importance in negotiating these developmental issues.Critically engaging social science research and theory, The Reciprocating Self offers an integrated approach that provides insight helpful to college and seminary students as well as those serving in the helping professions. Those in Christian ministry will be especially rewarded by the in-depth discussion of the implications for moral and faith development nurtured in the context of the life of the church.In this revised and expanded second edition, Balswick, King and Reimer have added research from developmental neuroscience and neuropsychology, which connects transitional behavior to a changing brain. They have also included a wealth of research on the moral, spiritual and religious dimensions of human development, in which they introduce the notion of reciprocating spirituality. In addition the authors engage with the burgeoning fields of positive and evolutionary psychology.
-Publisher

Jack O. Balswick (Ph.D., University of Iowa) is professor of sociology and family development, and director of marriage and family research at Fuller Theological Seminary in Pasadena, California. He has twice received an American Senior Fulbright Scholar Fellowship. He has been associate editor of the Journal of Marriage and Family, Family Relations, Journal for Scientific Study of Religion and Religious Research Review.
He has authored or co-authored articles in over 70 professional publications and has presented papers at conferences around the world. He is author or co-author of 17 books, including Men at the Crossroads, The Family: A Christian Perspective on the Contemporary Home, The Gift of Gender, Social Problems: A Christian Understanding and Response, Relationship Empowerment Parenting, Authentic Human Sexuality and The Reciprocating Self: Human Development in Theological Perspective.

Pamela Ebstyne King completed her doctorate in family studies at the School of Psychology at Fuller Theological Seminary. She also earned her masters of divinity at Fuller. Her undergraduate work was done at Stanford University, and she returned there for postdoctoral study. She is assistant professor of psychology at Fuller and an ordained minister in the Presbyterian Church (U.S.A.). She has published articles in the Journal of Psychology and Christianity, Developmental Psychology and Applied Developmental Science. She is coeditor of the Handbook of Spiritual Development in Childhood and Adolescence

Kevin S. Reimer (Ph.D., Graduate School of Psychology, Fuller Theological Seminary) is associate professor of psychology, Department of Graduate Psychology at Azusa Pacific University, research assistant professor of psychology at Fuller Theological Seminary, and a Templeton/CCCU fellow in science and religion at the University of Oxford. Reimer did his postdoctoral fellowship in moral psychology with Lawrence J. Walker at the University of British Columbia. He is published in the areas of cognitive, developmental and personality psychology. He has received research grants from the Fetzer Institute and the John Templeton Foundation and is ordained in the Presbyterian Church USA.