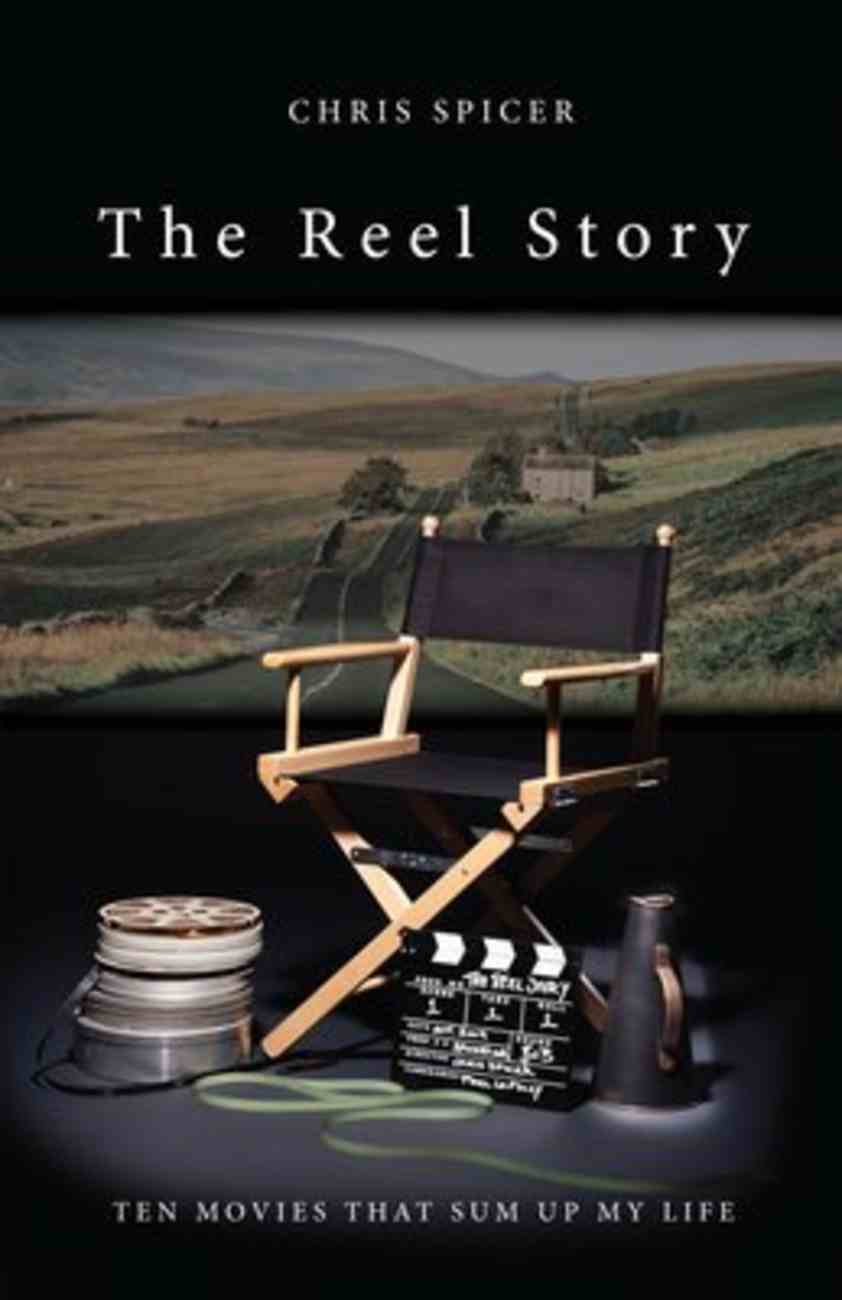 The Reel Story: Ten Movies That Sum Up My Life

If you could choose ten movies to showcase your life and send a message to future generations, what would they be? The Reel Story is Chris Spicer's collection of film-based, autobiographical stories. Each of the ten films in the ten...

12 available
Expected to ship on Monday from Australia.
Learn More
Free Shipping
for orders over $99.

If you could choose ten movies to showcase your life and send a message to future generations, what would they be? The Reel Story is Chris Spicer's collection of film-based, autobiographical stories. Each of the ten films in the ten chapters that follow outlines the lessons learnt and mistakes made from a lifetime in business, social enterprise, education and various branches of Christianity. Each movie illustrates timeless truths he want to pass onto future generations. The Reel Story is his story of those people, objects and events that have influenced his life. He has written it to inspire the next generation to run faster and go further than his generation ever thought possible, and to offer a word of warning about those distractions, detours and diversions that can bring ruin to the unsuspecting traveller.
-Publisher

Chris Spicer is a Christian leader who has over fifty-years experience working with churches and learning centers throughout Europe, Africa and North America. Having lived in Portland Oregon and served as a Teaching Pastor in Peoria, Illinois, Chris still maintains links with churches in Illinois, Texas, Oklahoma and Oregon. Chris is married to Tina and they have four adult children and eight grandchildren.

Could a visit to the cinema be literally what the doctor ordered? The idea that films can offer us a healthy dose of the feel- good-factor is perhaps more credible than you might think. When Dr Norman Cousins was diagnosed with a degenerative disease, he took the decision to check out of the hospital and into a hotel across the street. Along with high levels of Vitamin C, he prescribed for himself a continuous drip-feed of comedy films. Although his ailment was no laughing matter, he later said that ten minutes of laughter would give him two hours of pain-free sleep. His story suggests that reel therapy might be real after all. Some movies have more than just entertainment value. They have the capacity to restore your soul. You can be having a horrible day, a stressful time in your life, but a visit to the cinema can improve your mental and emotional health. Releasing happy hormones, it is particularly comic movies that can improve your state of mind and make you feel better about yourself, and those around you too. Not that my family ever needed convincing of this; the fact that my wife and I have produced a family of film buffs probably tells you a lot about our parenting style. Even today, when bringing an end to a heated marital discussion, my wife Tina will simply say, along with the correct hand gestures, “You can do this with me, or you can do it without me.” Watching films made raising four children with a twelve- year age difference far easier than it might have been otherwise. As our kids grew up, our common love of all things cinematic began to morph into a unique form of movie-orientated language. Much to the bewilderment of visitors, we could conduct whole conversations using nothing more than key phrases from the world of cinema and screen. This blockbuster banter would be somewhat disconcerting for first-time guests. When it came to a family film night, everyone had his or her personal preference. While the girls might insist on another viewing of Pride and Prejudice (2005), While You Were Sleeping (1995) or Sleepless in Seattle (1993), the boys would argue for a rerun of the Star Wars Trilogy or the latest Bond film. “Anything but another chick flick,” they would say. In scenes akin to Gunfight at the O.K. Corral (1957), everyone would face their opponent down with his or her choice. All this for a quiet evening spent in with the family. When it came to a family member’s rite of passage into the Spicer tribe, the initiation ceremony would undoubtedly include at least one viewing of Tina’s all-time favourite film, What About Bob? (1991) More about that later! I’m sure you get the point: we are a family of movie lovers and film buffs. That’s why I’ve chosen to tell the story of my life using ten movies that have made a big impact on me and my family. That isn’t as easy as it sounds when there are so many timeless classics, so many films that have added not just fun but also meaning to my life. If you could choose ten movies to showcase your life and send a message to future generations, what would they be? Perhaps, like me, you would provide an eclectic mix of favourite films. The Reel Story is my collection of film-based, autobiographical stories. I really hope you enjoy them. Each of the ten films in the ten chapters that follow outlines the lessons learnt and mistakes made from a lifetime in business, social enterprise, education and various branches of Christianity. Each movie illustrates timeless truths I want to pass onto future generations. More than a rerun of golden oldies, this is a contemporary way of narrating about those people, objects and events that have either mugged me or ministered to me in a journey lasting what in biblical terms is “three score years and ten”. From middle England to Midwest America, from an English seaport to the coastline of Portland, Oregon, from British social housing to Brazilian shanty towns, The Reel Story provides some of the highlights of the adventure of my life.