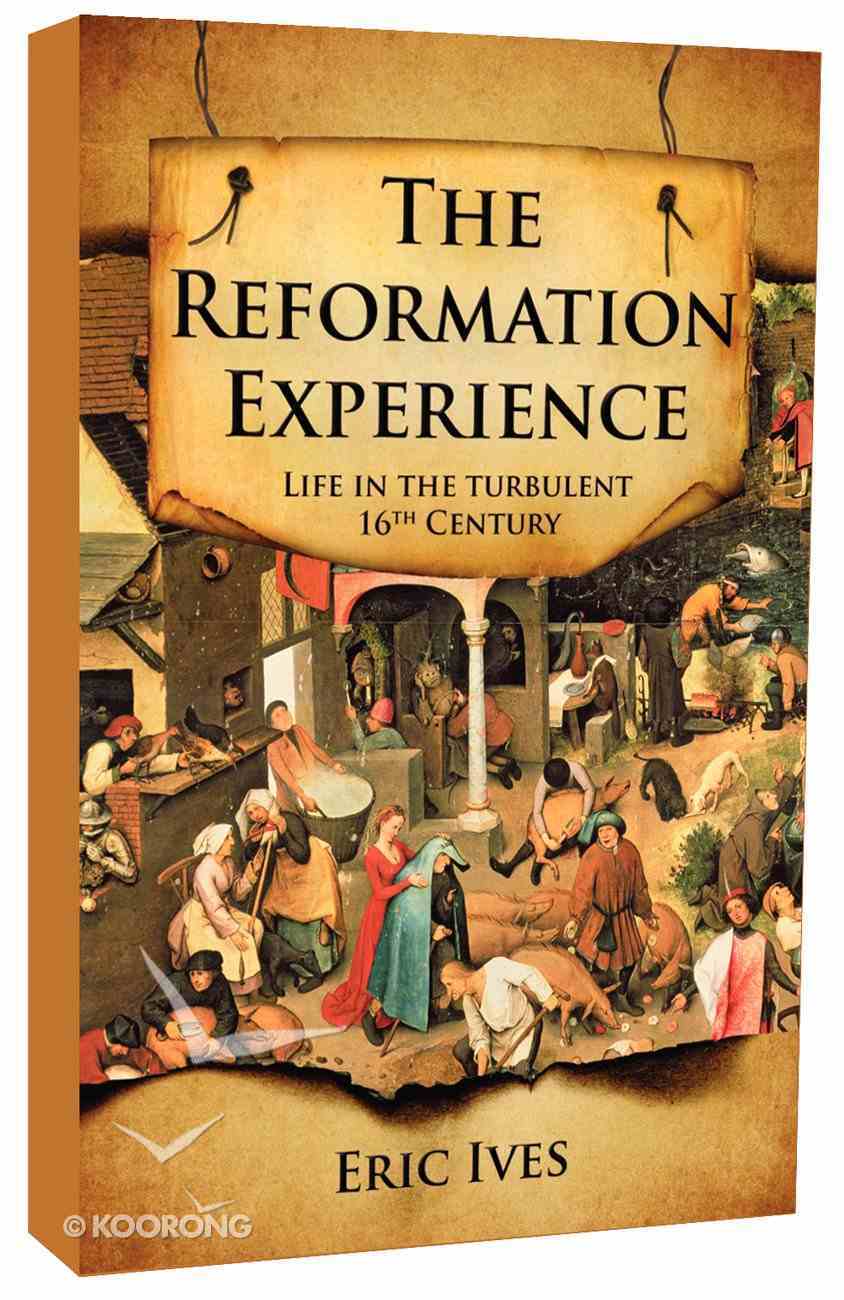 There are many sound histories of the Reformation in the old style with its preference for ideas and theologians. This new book by Professor Eric Ives take a new approach and shows how the Reformation came to the individual Christian...

4 Available
Expected to ship within 5 hours from Australia.
Learn More
Free Shipping
for orders over $99.

95: The Ideas That Birthed the Reformation
Martin Luther
Paperback

Rescuing the Gospel: The Story and Significance of the Reformation
Erwin W Lutzer
eBook

Mrs Luther and Her Sisters: Women in the Reformation
Derek Wilson
Hardback

There are many sound histories of the Reformation in the old style with its preference for ideas and theologians. This new book by Professor Eric Ives take a new approach and shows how the Reformation came to the individual Christian and what it meant. Ives analyses whether (and why) Reformation teaching was accepted or not, and looks at how it changed lives - with particular reference to the parish church, belief and commitment. The author focuses largely on Britain but does not ignore European experience, and in the second part of the book looks at questions such as: Why was there a reformation? How did it happen? What did it achieve? and Does it matter?

The Reformation was one of the most cataclysmic events in European history, which still has a powerful influence on events today. But what was it really like to live through the Reformation in England? How did people cope when some of their dearest beliefs were challenged, then reaffirmed, only to be challenged again? What happened to individuals and communities, as conflicting beliefs and loyalties drove them apart? In this fascinating study, Professor Ives shows the impact the Reformation had on individual Christians and what it meant to their lives. To what extent did people believe in the first place, and how much did they accept the new teaching? How did it change their behaviour, and their perspectives on both life and death? Reflecting the most recent scholarship and controversy, this book provides an important and gripping insight into ordinary people's thoughts and lives, and contrasts with the usual emphasis on the great figures of the Reformation. Eric Ives is Emeritus Professor of English History at the University of Birmingham, and an expert on the Tudor period. In 2001, he was awarded the OBE for his services to history. Among his books is the highly acclaimed Life and Death of Anne Boleyn, while his most recent, Jane Grey: a Tudor mystery has been described as 'essential provocative reading'.
-Publisher