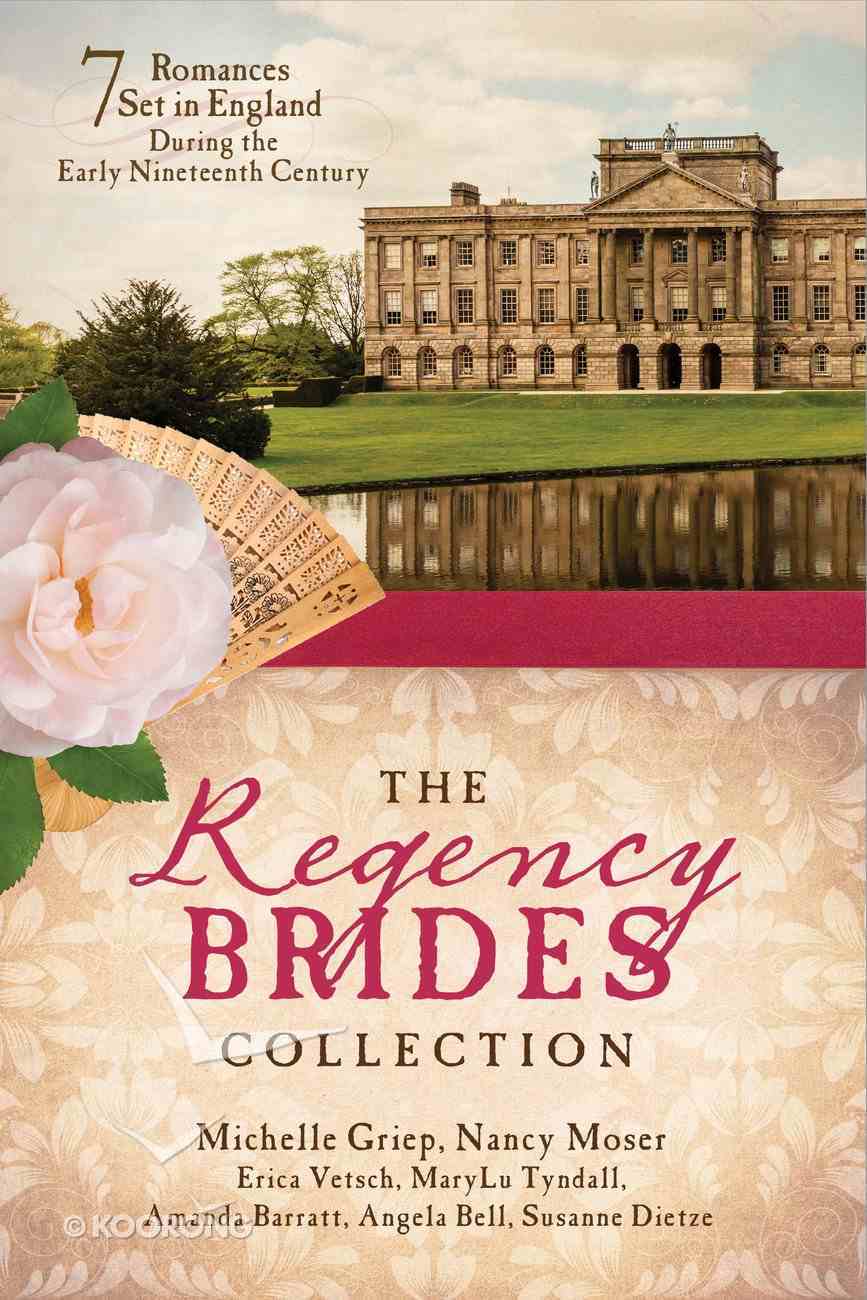 In Regency England an unattached gentleman is assumed to be in want of a wife, but persuading him to give up his heart is the challenge seven women accept in these historical romances. Will faith grow and love prevail in...

In Regency England an unattached gentleman is assumed to be in want of a wife, but persuading him to give up his heart is the challenge seven women accept in these historical romances. Will faith grow and love prevail in a time when both were considered luxuries the elite could not afford?

MaryLu Tyndall, a Christy Award Finalist, and best-selling author of the Legacy of the King's Pirates series is known for her adventurous historical romances filled with deep spiritual themes. She holds a degree in Math and worked as a software engineer for fifteen years before testing the waters as a writer. MaryLu currently writes full time and makes her home on the California coast with her husband, six kids, and four cats. Her passion is to write page-turning, romantic adventures that not only entertain but open people's eyes to their God-given potential. MaryLu is a member of American ChrA

Nancy Moser is the author of three inspirational humour books and a eighteen novels, including Mozart's Sister; Just Jane; and Time Lottery, a Christy Award winner. She is an inspirational speaker, giving seminars around the country. She has earned a degree in architecture; run a business with her husband; travelled extensively in Europe; and has performed in various theatres, symphonies, and choirs. She and her husband have three grown children and make their home in the Midwest. Read more about her books at www.nancymoser.com.

Novelist Angela Bell is a 21st century lady with 19th century sensibilities. Her activities consist of reading voraciously, drinking copious amounts of tea, and writing letters with a fountain pen. She currently resides in the southern most region of Texas with pup Mr. Darcy and kitty Lizzie Bennett. One might describe Angela's fictional scribblings as historical romance or as Victorian history and steampunk whimsy in a romantic blend. Whenever you need a respite from the 21st century hustle, please visit her cyber-space parlor www.AuthorAngelaBell.com where she can be found waiting with a pot of English tea and some Victorian cordiality.

Michelle Griep's been writing since she first discovered blank wall space and Crayolas. She seeks to glorify God in all that she writes--except for that graffiti phase she went through as a teenager. She resides in the frozen tundra of Minnesota, where she teaches history and writing classes for a local high school co-op. An Anglophile at heart, she runs away to England every chance she gets, under the guise of research. Really, though, she's eating excessive amounts of scones while rambling around a castle. Michelle is a member of ACFW (American Christian Fiction Writers) and MCWG (Minnesota A