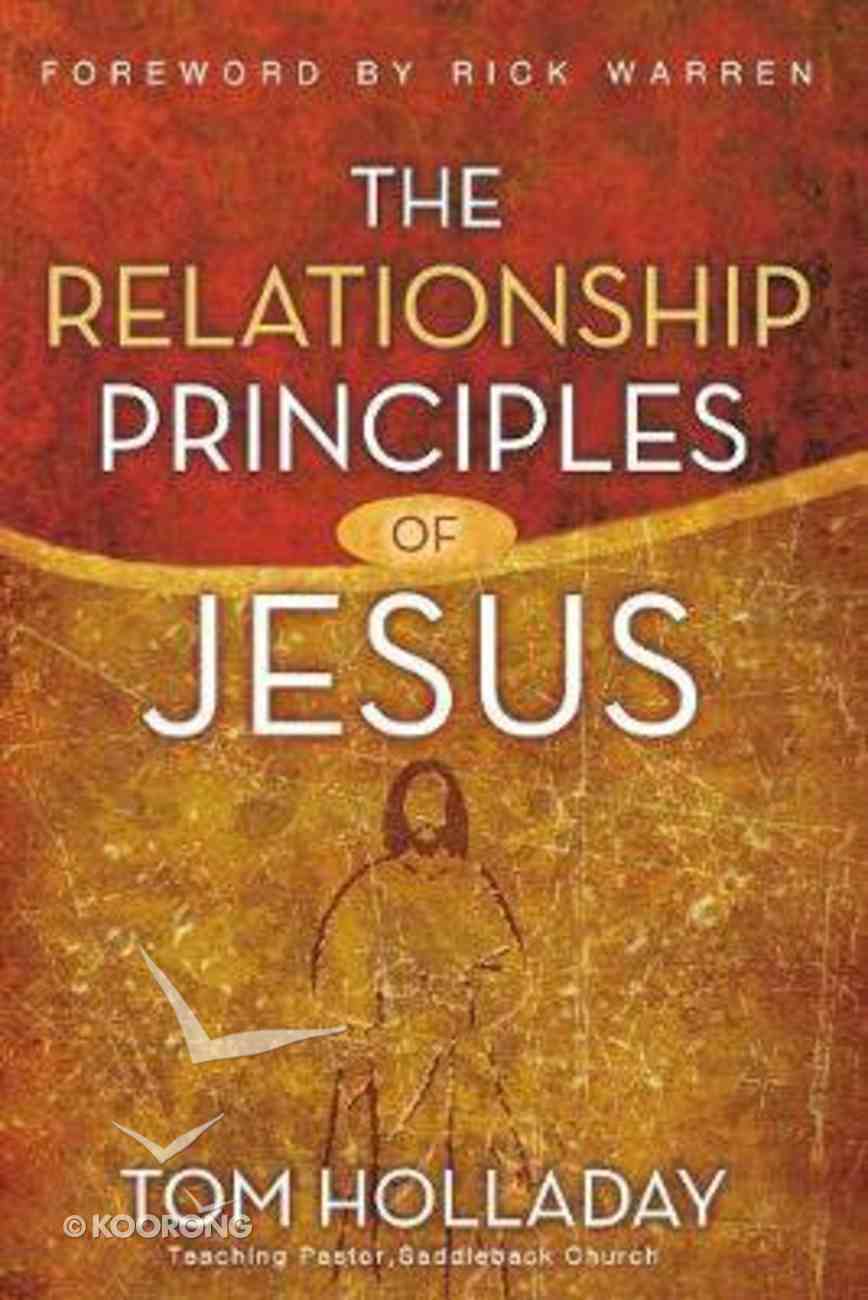 The Relationship Principles of Jesus

: What would you give to radically improve, even transform, what matters most in your relationships? You can thrive in your career, acquire wealth, or build a great reputation. But if your relationships aren't thriving, nothing else matters. This...

:
What would you give to radically improve, even transform, what matters most in your relationships? You can thrive in your career, acquire wealth, or build a great reputation. But if your relationships aren't thriving, nothing else matters.


This 40-day journey will bring new depth and health to your marriage, your family, and your friendships. Saddleback Church teaching pastor Tom Holladay helps you explore and begin to practice six foundational principles including how to give your relationships the highest value, love as Jesus loves you, and communicate from the heart. You'll be equipped with insights and a practical path for fulfilling God's intention for all your relationships-even the difficult ones.


The Relationship Principles of Jesus walks you step by step through learning the foundational relationship truths taught by Jesus. Shaped after Rick Warren's monumental bestseller, The Purpose Driven Life, this book invites you to learn from the Master of relationships.

Tom Holladay is a teaching pastor at Saddleback Church in Lake Forest, California. Tom's passion in ministry is to help people discover a love for the Bible and an understanding of God's truth that changes the way they live. In addition to his pastoral leadership and weekend teaching ministries at Saddleback, he assists Rick Warren in teaching Purpose Driven(R) Church conferences to Christian leaders all over the world. With Kay Warren, he is the author of Foundations: 11 Core Truths to Build Your Life On and most recently he has produced The Relationship Principles of Jesus.