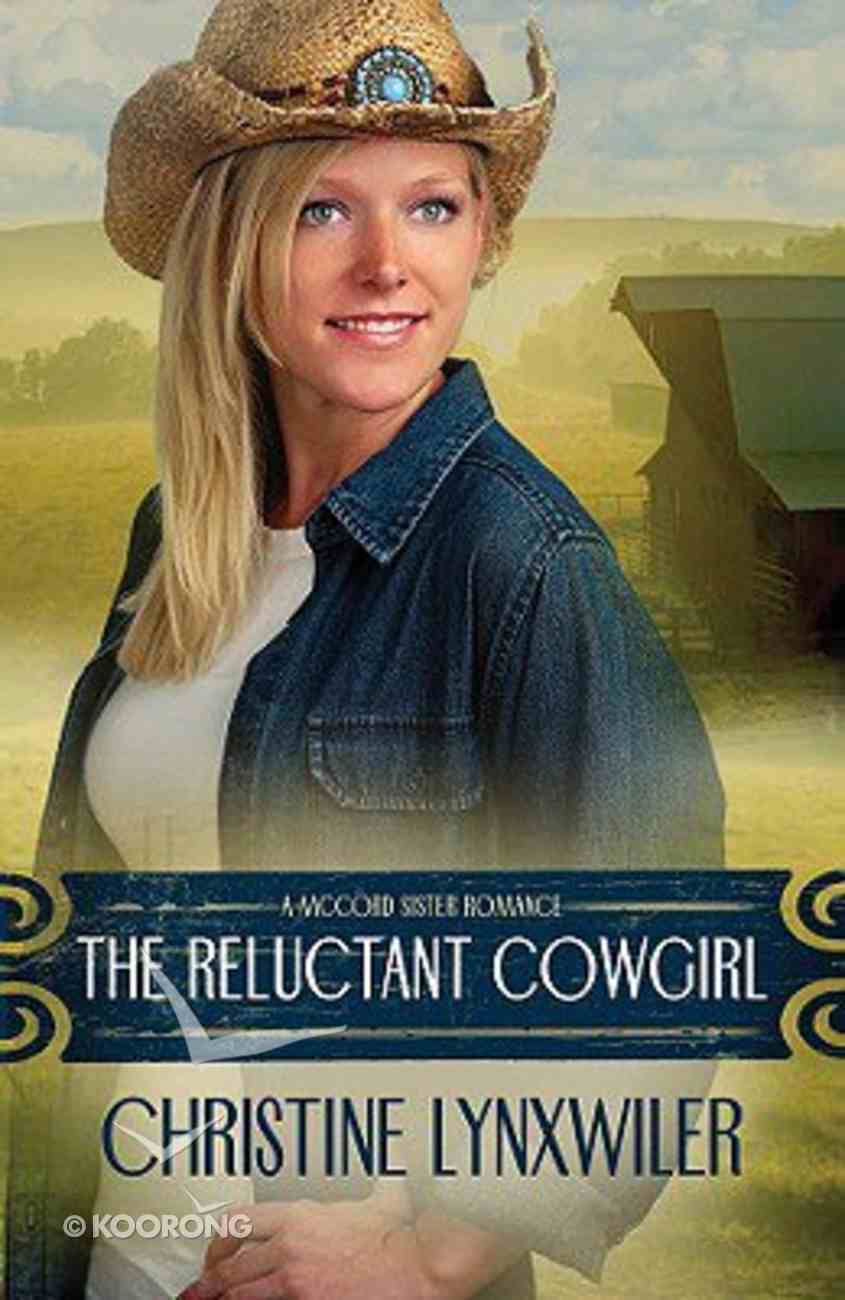 The Reluctant Cowgirl (#01 in The Mccord Sisters Series)

Actress Crystal McCord gave up the closeness of her big family in order to make a name for herself on the New York City stage. But when life in the Big Apple turns sour, she follows a country road back...

Actress Crystal McCord gave up the closeness of her big family in order to make a name for herself on the New York City stage. But when life in the Big Apple turns sour, she follows a country road back to her parents' Arkansas ranch. The last thing she expects to find in cowboy country is a new leading man. Still, she can't help but imagine handsome rancher Jeremy Buchanan in the role. Unfortunately, Jeremy's been burned by Crystal's type before. Or has he? Every time he thinks he knows her, the multi-faceted woman surprises him. Will the reluctant pair allow their hearts to guide them, or will their common stubborn pride keep them miles apart?
-Publisher

What can I say? I''ve read Ms. Lynxwiler''s books before and like them. That is part of the reason I chose this one. And...I like it. Easy enough to say. What did I like about it? Probably a lot of it had to do with the fact that I like just about anything to do with cowboys/cowgirls/country life. I like the friends-turn-boyfriend/girlfriend angle. I like the during-the-hard-times-you-lean-on-God story line. This book had all three. As an added bonus, the heroine has brothers and sisters, and it''s book one. And that means...you guessed it...more books! Yay!This story is about faithfulness, forgiveness, family, and friends. (Did I just alliterate? Comes from living with a former Bible college graduate.) Anyway...Crystal McCord and her twin dreamed of being on Broadway. When her twin is killed in a car wreck their senior year of high school, Crystal goes alone. For almost 7 years she worked hard to make it, but only had supporting roles in off-Broadway productions. Her current play closes at the same time her family needs help on the ranch so she goes back to visit. Her intentions of going right back to The Big Apple change when she is the only one able to stay and help.Crystal has to face that maybe her dream isn''t what she thought it was. When she re-discovers the faithfulness of God, she is able to recognize that fact.Neighbor Jeremy Buchanan has his own troubles, but sacrifices his time to help out, also. His ex-wife has taken their daughter and he can''t find her. When his situation looks like it is taking a turn for the worse, he has to learn about trust and forgiveness.Crystal and Jeremy become friends and she helps him look for his daughter. Things seem to be going well, until Crystal has a call to try out for a part, a lead part, on Broadway. Will she stay or go? I can''t tell you, you have to read for yourself. :) I will tell you this: I look forward to reading the rest of this series.
-Publisher

Award-winning author Christine Lynxwiler and her family live in the foothills of the beautiful Ozark Mountains in their home state of Arkansas.