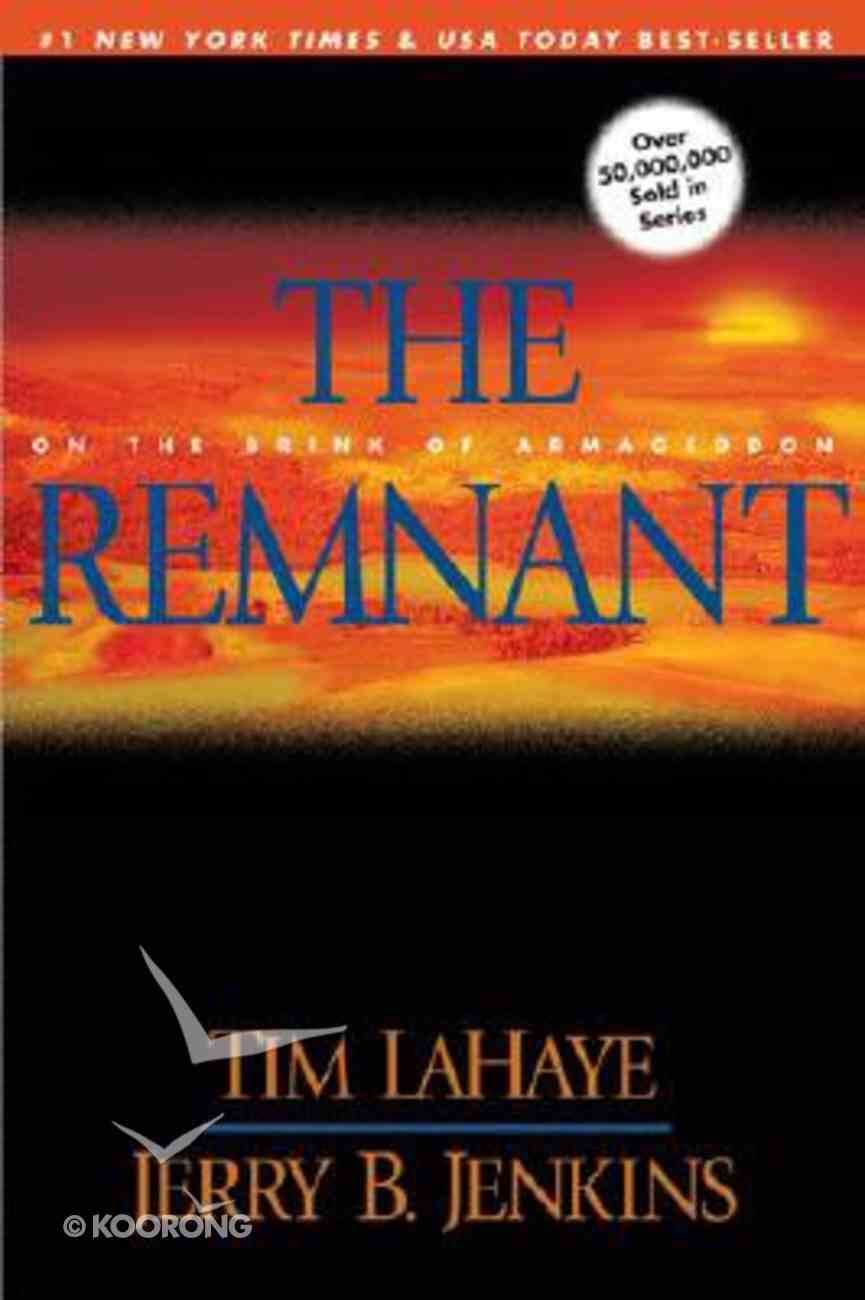 The Remnant (#10 in Left Behind Series)

As the planet hurtles toward Armageddon, the Tribulation Force's aliases and even their Strong Tower safe house have been compromised. Forced to flee for their lives, they strive to maintain their overt opposition to the Antichrist.

The Remnant (#10 in Left Behind Series)
Tim Lahaye, Jerry B Jenkins
eBook

As the planet hurtles toward Armageddon, the Tribulation Force's aliases and even their Strong Tower safe house have been compromised. Forced to flee for their lives, they strive to maintain their overt opposition to the Antichrist.

Global Community Supreme Potentate Nicolae Carpathia has his enemies right where he wants them: massed at Petra, a million strong-within reach of two bombs and a missile no one could survive without a miracle. The Trib Force's aliases and even their Strong tower safe house have been compromised, forcing Rayford Steele, Buck Williams, and all members to flee for their lives while trying to maintain their overt opposition to Antichrist. All pretense is gone, even on the part of the Antichrist, as the planet hurtles toward Armageddon and the ultimate showdown between good and evil.
-Publisher

The incredible tenth book in the international best-selling Left Behind series is now available in paperback. The Great Tribulation unfolds as the forces of evil and the armies of God prepare for mankind's ultimate battle. Millions of Christians are protected by God as the anger of the Antichrist, Nicolae Carpathia, burns against them. Over 2.5 million copies sold in hardcover.
-Publisher