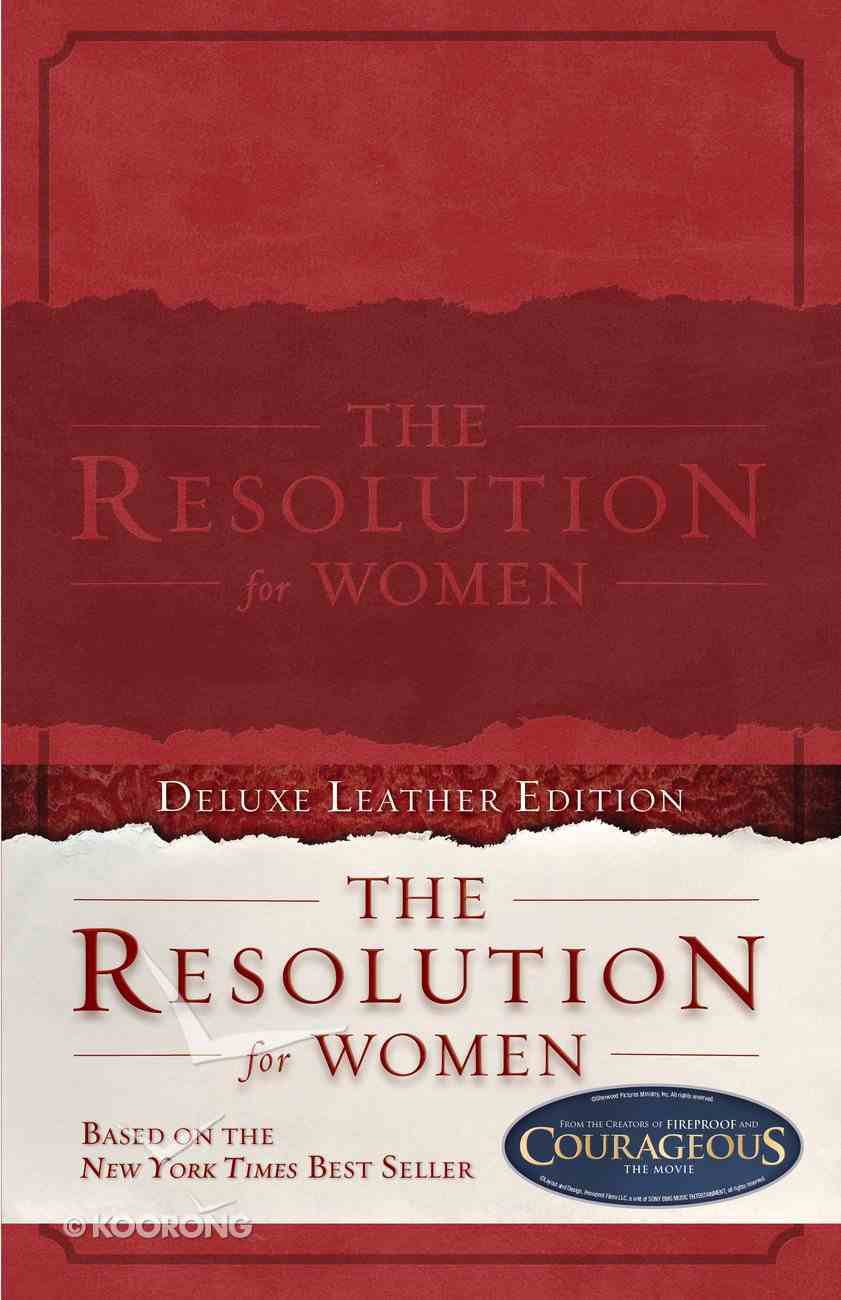 : With Everything You Have to Do, Have You Taken The Time to Decide Who You Want to Be? From best-selling author and speaker, Priscilla Shirer, in partnership with the creators of The Love Dare , challenges all women...

:
With Everything You Have to Do, Have You Taken The Time to Decide Who You Want to Be?

From best-selling author and speaker, Priscilla Shirer, in partnership with the creators of The Love Dare, challenges all women in The Resolution for Women to be intentional about embracing and thriving in God's beautiful and eternal calling on their lives.

Layered with biblical truth and seasoned with daily encouragement, this book will inspire the woman you see in the mirror to trust God's perfect plan for her life, resolving to become "purposefully feminine, surprisingly satisfied, and faithfully His." Shirer explains how today's women can and should live out their own resolution. It is "a defining banner that hangs over your life, written in the ink of your own choices." A woman's banner should be an accurate reflection of who she desires to be-someone completely Christ-centered who blesses and changes things in her world for the better. Written in partnership with the movie Courageous and Stephen and Alex Kendrick's book, The Resolution for Men, it is designed to inspire a revolution.

Alex Kendrick is associate media pastor at Sherwood Baptist Church inAlbany, Georgia, and coauthor of "The Love Dare". He helped establish Sherwood Pictures in 2003 and has directed and co-written each of its films: Flywheel, Facing the Giants, and Fireproof, playing the lead male role in those first two productions. Alex has appeared on ABC, CNN, FOX News, American Family Radio, The Glenn Beck Show, Janet Parshall's America, and many other national programs to discuss his award-winning work and ministry. He lives in Albany with his wife and five children.

Stephen Kendrick is a senior associate pastor of preaching at Sherwood Baptist Church in Albany, Georgia, and coauthor of "The Love Dare". He helped establish Sherwood Pictures in 2003 and has served as co-writer and producer for each of its films: Flywheel, Facing the Giants, and Fireproof. Stephen has spoken about his work on ABC World News Tonight and CNN and in The Washington Post and American Profile magazine among others. Currently earning a master of divinity degree from New Orleans Baptist Theological Seminary, he lives in Albany with his wife and three children.

Help! I'm Married to My Pastor: Encouragement For Ministry Wives and Those Who Love Them
Jani Ortlund
Paperback