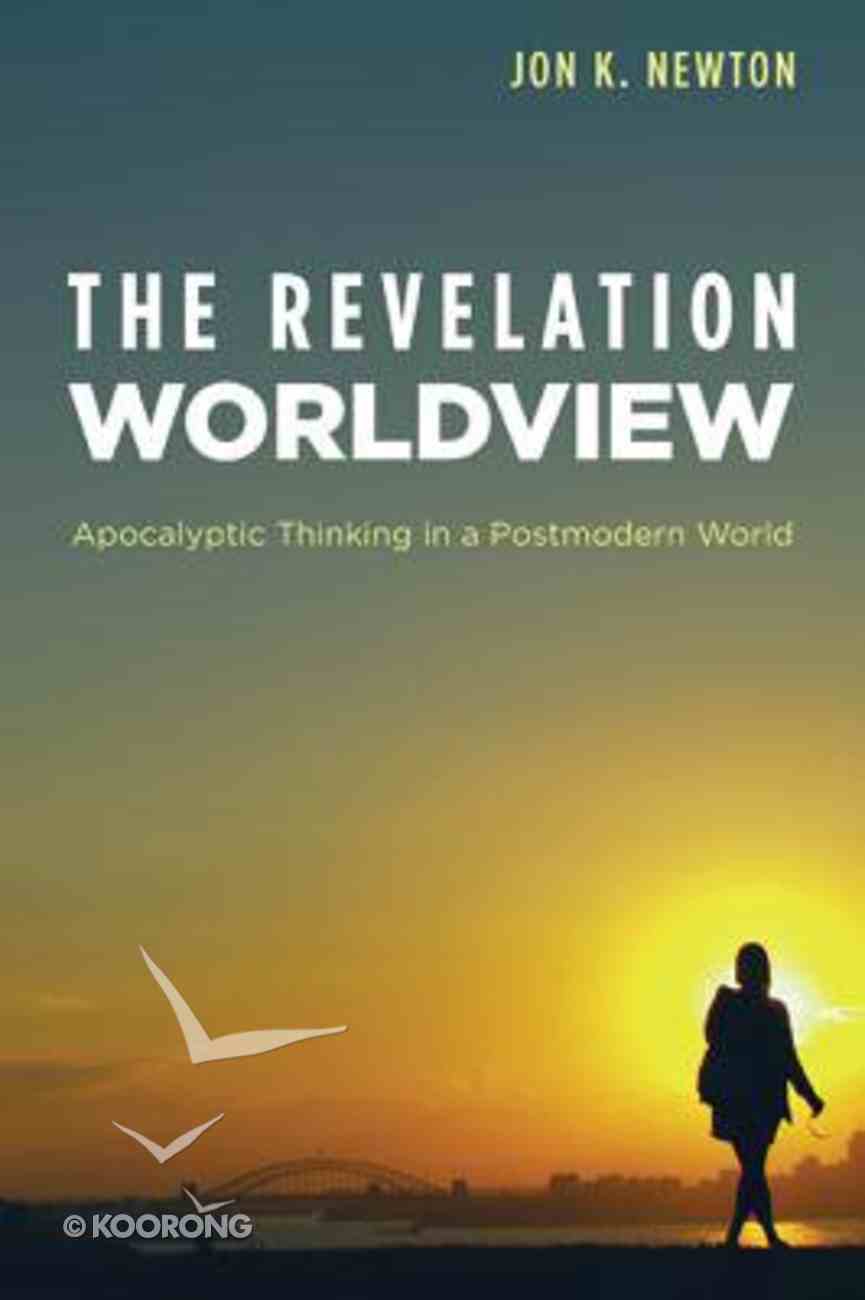 The Revelation Worldview: Apocalyptic Thinking in a Post-Modern World

Does Christianity have anything useful or credible to say to the twenty-first century, or is it just a relic of a past era, doomed eventually to die a long and painful death, perhaps to be replaced by the new atheism...

Unlocking the Last Days: A Guide to the Book of Revelation and the End Times
Jeff Lasseigne
Paperback

Does Christianity have anything useful or credible to say to the twenty-first century, or is it just a relic of a past era, doomed eventually to die a long and painful death, perhaps to be replaced by the new atheism or another religion? In an original contribution to such debates, The Revelation Worldview is a bold attempt to construct a biblically based Christian worldview that makes sense to postmodern people. It also seeks to make the book of Revelation, one of the most strange and difficult books in the Bible, relevant to issues facing people in the twenty-first century. Jon K. Newton wrestles with the complex notion of worldview, tells the story of the changing Western worldview from its ancient and medieval beginnings through the modern era and into the unpredictable world of postmodernism, and compares the worldview found in Revelation with other worldviews of its day. He then uses Revelation as a source for identifying some basic Christian answers to questions such as: What is real? How do we know anything? How can religious knowledge claims be justified? How can we understand the concept of the human person? How can we make sense of history? And how should we respond to pluralism? ""Newton offers useful ways to understand how our worldview influences our understanding of the book of Revelation, and more importantly, how Revelation can modify our worldview. The argument is thoughtful and challenging. Where do we stand? How does our worldview influence our thinking about life, God, the Bible, and in particular the Apocalypse? And alternately, how can the Apocalypse affect our worldview? As you read this work, I hope that your response goes even further; not just 'serious consideration, ' but a willingness to allow the perspective of the remarkable book of Revelation to mold your worldview and to enhance the way you live."" --Barry Chant, founding President, Tabor College, Adelaide, Australia ""This is an ambitious book. We might term it a 'metagesis' of the book of Revelation--an attempt to explore the foundational presuppositions of John's Apocalypse in critical dialogue with the crumbling metanarratives of Western worldviews. Jon Newton concedes the near impossibility of this task within one book, but argues that nothing less than such attempts will equip Christians to live faithfully in contemporary society. With disarming honesty about his own assumptions, he plunges us into a maelstrom of competing worldviews in both the biblical text and our contexts, and finds a hopeful way forward. This book is a passionate example of pentecostal biblical scholarship at its best."" --Keith Dyer, Whitley College, University of Divinity, Melbourne, Australia Jon K. Newton is Head of Biblical Studies and Head of Research at Harvest Bible College, Australia. He is the author of Revelation Reclaimed (2009) and editor of New Frontiers (2013), and his articles have been widely published in academic journals such as Australian Biblical Review, Journal of Pentecostal Theology, Colloquium, and Heythrop Journal. He and his wife live in Melbourne, Australia, and co-pastor Oasis Church.
-Publisher

Jon Newton (Ph.D., Deakin University) is Head of Biblical Studies at Harvest Bible College, Melbourne. He is the author of Revelation Reclaimed: The Use and Misuse of the Apocalypse.
Koorong -Editorial Review.

Jesus and the End Times: What He Said...And What the Future Holds
Ron Rhodes
Paperback