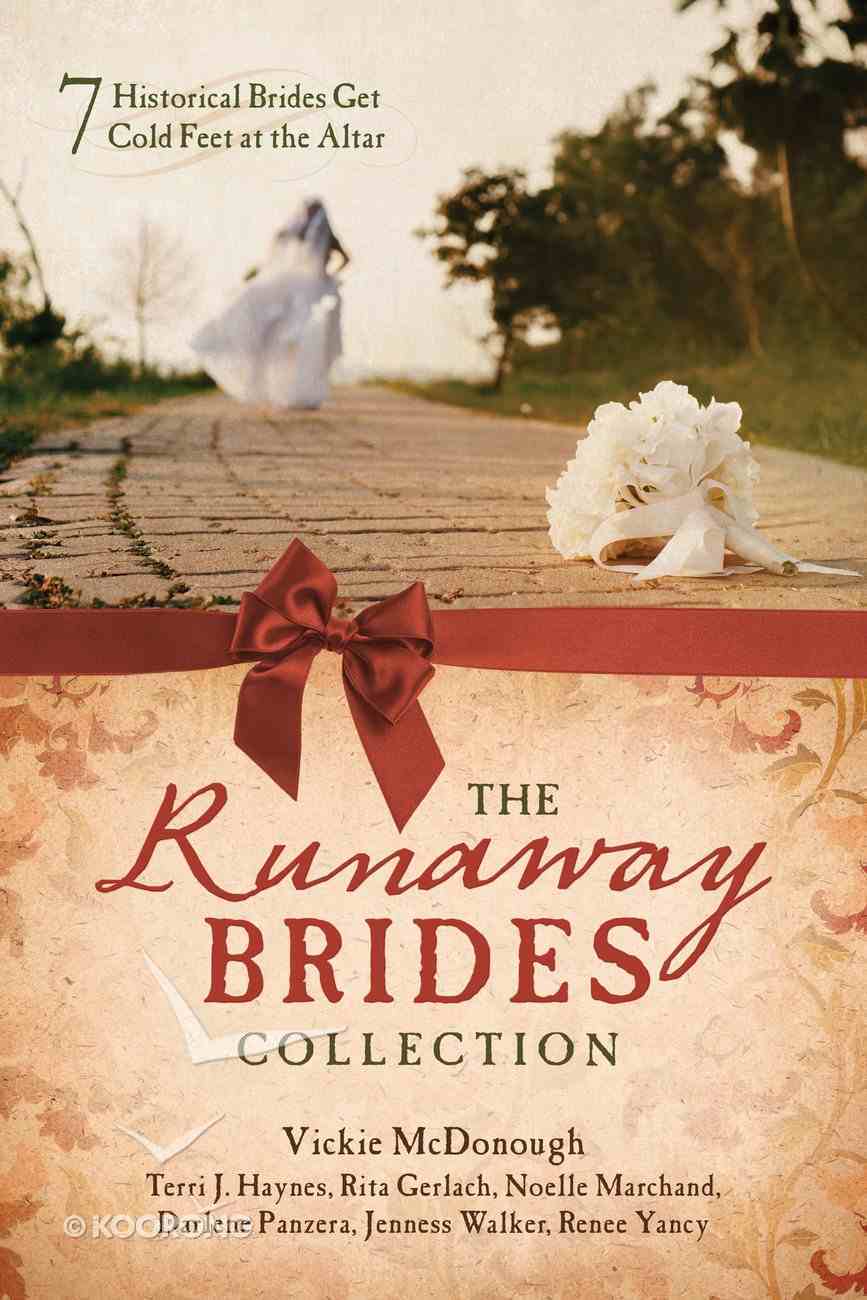 What is a woman of the 1800s to do when she feels pressured to marry without love to protect her family, to gain wealth, to fulfill an obligation, or to bend under an evil plan? Run! Seven women facing the...

What is a woman of the 1800s to do when she feels pressured to marry without love to protect her family, to gain wealth, to fulfill an obligation, or to bend under an evil plan? Run! Seven women facing the marriage altar make the decision to flee, but who can they now trust?

VICKIE MCDONOUGH is the author of over twenty books including the "Texas Boardinghouse Brides" series. Vickie's books have won the Inspirational Reader's Choice Contest, Texas Gold, and the ACFW Noble Theme contest. Vickie lives in Oklahoma and is a wife of 35 years. She has 4 grown sons and one granddaughter. Visit Vickie's website: www.vickiemcdonough.com.

Jenness Walker lives in South Carolina with her website-designer husband, their toddler, and their hungry hound. Her life-long love of books is evidenced by her day jobs, which have included freelance editing, managing an independent Christian bookstore, and even cleaning a library. Jenness&#39; short stories have appeared in Grit and Woman's World magazines as well as in Guidepost's A Cup of Christmas Cheer collections. She is a former ACFW Genesis contest winner, Carol Award finalist, and her debut novel, Double Take, received 4.5 stars and a Top Pick rating from RT Reviews.&nbsp; &nbsp;

Darlene Panzera is a multi-published author, speaker, and writing coach of both sweet contemporary and Christian inspirational romance. Her career launched with "The Bet," a novella included in bestselling author Debbie Macomber's Family Affair, which led her to publish 9 more titles with Avon Impulse, a division of HarperCollins. The final installment of her newest 3-book series, Montana Hearts, debuted May 2016. Darlene is also a member of RWA and serves on the board of the Northwest Christian Writers Association. When not writing, she loves spending time with her husband and three kids, serving her church, teaching at conferences, and feeding her horse carrots. Learn more about Darlene at her website: www.darlenepanzera.com

Renee Yancy is a history and archaeology buff who works as an RN when she isn't writing historical novels. She has visited Ireland, Scotland, and England to stand in the places her ancient historical characters lived. She lives in Kentucky with her husband, two dogs, and her ninety five year old mother-in-law.&nbsp;&nbsp; Check out her blog at www.reneeyancy.blogspot.com or visit her website: www.reneeyancy.com.

Noelle Marchand's love of literature began as a child when she would spend hours reading beneath the covers long after she was supposed to be asleep. Eventually, those stories became like ldquo;fire shut up in her bonesrdquo; leading her to complete her first novel by her sixteenth birthday. Noelle is a Houston-native who will graduate from Houston Baptist University with a double major in Mass Communication and Speech Communication.