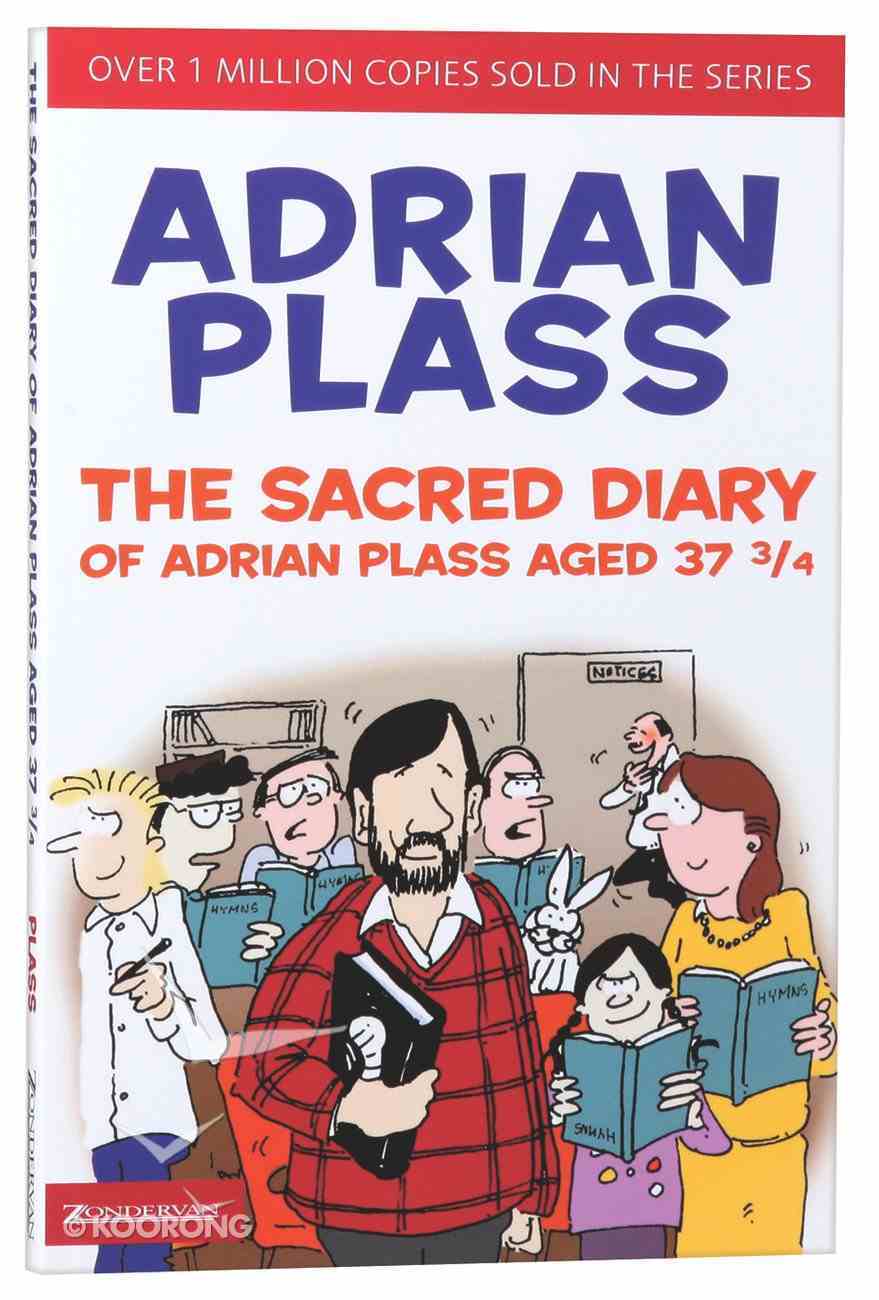 Saturday, December 14thFeel led to keep a diary. A sort of spiritual log for the benefit of others in the future. Each new divine insight and experience will shine like a beacon in the darkness!Can't think of anything to put...

12 available
Expected to ship on Monday from Australia.
Learn More
Free Shipping
for orders over $99.

Saturday, December 14thFeel led to keep a diary. A sort of spiritual log for the benefit of others in the future. Each new divine insight and experience will shine like a beacon in the darkness!Can't think of anything to put in today.Still, tomorrow's Sunday. Must be something on a Sunday, surely?Adrian Plass is hilarious, pure and simple. His readers are legion - and this is the bestselling book that started it all, converting thousands of people who love to laugh into avid Plass readers.The Sacred Diary of Adrian Plass (aged 37 3/4) is merriment and facetiousness at its best - a journal of the wacky Christian life of Plass's fictional alter-ego, who chronicles in his 'sacred' diary the daily goings-on in the lives of ordinary-but-somewhat-eccentric people he knows and meets. Reading it will doeth good like a medicine!
-Publisher

The Sacred Diary of Adrian Plass Aged 373/4Copyright 1987 by Adrian PlassIllustrations copyright 1987 by Dan DonovanFirst published in Great Britain in 1987 by Marshall Pickering.This edition published in 2005 by Zondervan.Requests for information should be addressed to:Zondervan, Grand Rapids, Michigan 49530Adrian Plass and Dan Donovan assert the moral right to be identified as the authorand illustrator of this work.ISBN-10: 0-310-26912-1ISBN-13: 978-0-310-26912-0A catalogue record for this book is available from the British Library.All rights reserved. No part of this publication may be reproduced, stored in aretrieval system, or transmitted in any form or by any means - electronic, mechanical,photocopy, recording, or any other - except for brief quotations in printedreviews, without the prior permission of the publisher.Interior design by Nancy WilsonPrinted in the United States of America05 06 07 08 09 10 11 12 /?DCI/ 15 14 13 12 11 10 9 8 7 6 5 4 3 2 1Saturday December 14thFeel led to keep a diary. A sort of spiritual log for the benefitof others in the future. Each new divine insight and experiencewill shine like a beacon in the darkness!Can''t think of anything to put in today.Still, tomorrow''s Sunday. Must be something on a Sunday,surely?Sunday December 15thAnother commercial Christmas! I shall send only ten cards thisyear. What is Christmas about, after all?Our church is getting like an auction room. One blink and youget ministered to. Sit still and keep your eyes shining - that''s mymotto. This morning was Edwin Burlesford''s fault. Forty-fiveminutes on ''sin''! A record nine-fruit-gum talk. Halfway through,I was checking supplies when Edwin suddenly shouted ''LUST!'',and made me drop the packet under my chair. Put my head downbetween my knees to locate it, then couldn''t get up becauseDoreen Cook pressed her hands down on the back of my head.She prayed that ''our despairing brother would move from darknessto light''. I was all for that - I couldn''t see a thing. When shelet me get up she had one of those roguish Christian smiles on herface. Came very close to really giving her something to forgive mefor. Everyone thinks I''ve got a big lust problem now. At coffeetime they all smiled reassuringly at me. Leonard Thynn huggedme. I signed Edwin''s carol-singing list for next Saturday to showthat I''m not all bad. Gerald''s coming too.Monday December 16thMy son Gerald says James Bond is on next Saturday evening.Pity it clashes. Still, carol-singing is the Lord''s work.Absent-mindedly bought a box of 50 Christmas cards. Nevermind - that''s enough for five years.Tuesday December 17thDreamt last night that I was James Bond.Wednesday December 18thIs carol-singing scriptural? Rang Doreen Cook''s husband,Richard, who thinks Christmas trees are wrong. No luck - apparentlyit''s okay.Bought another 50 cards.Thursday December 19thCould it be that God''s trying to say I should watch JamesBond? Opened my Bible at random and put my finger on thepage. It said,''The dogs licked up the blood''.Went to bed. I don''t understand God sometimes. . . .Friday December 20thLaid a ''fleece''. If a midget in a Japanese admiral''s uniformcame to the door at 9.04 precisely, I would know that Godwanted me to sing carols.9.05: A miracle! No-one came. That''s that then. LeonardThynn came at 10.30 selling charity cards. Bought 50.Saturday December 21stWhat an evening!7.30: Film started. Surprised to find Gerald settling down towatch. ''What about carol-singing?'' I said. ''Oh, no'', he replied, ''Irang old Edwin on Monday and told him there was a good filmon, so I wouldn''t be going.''Why don''t I do things like that?8.45: Edwin at the door, concerned as I hadn''t gone carolsinging.Lost my nerve and told him I was still fretting over mylust problem.11.00: Edwin left after counselling me for 2-1/4 hours. Missedthe end of the film. As he left, Edwin said, ''I''m off home to watchthat Bond film. The wife''s videoed it''.Gerald said it was the best ending to a film he''d ever seen. Hegrinned
-Publisher