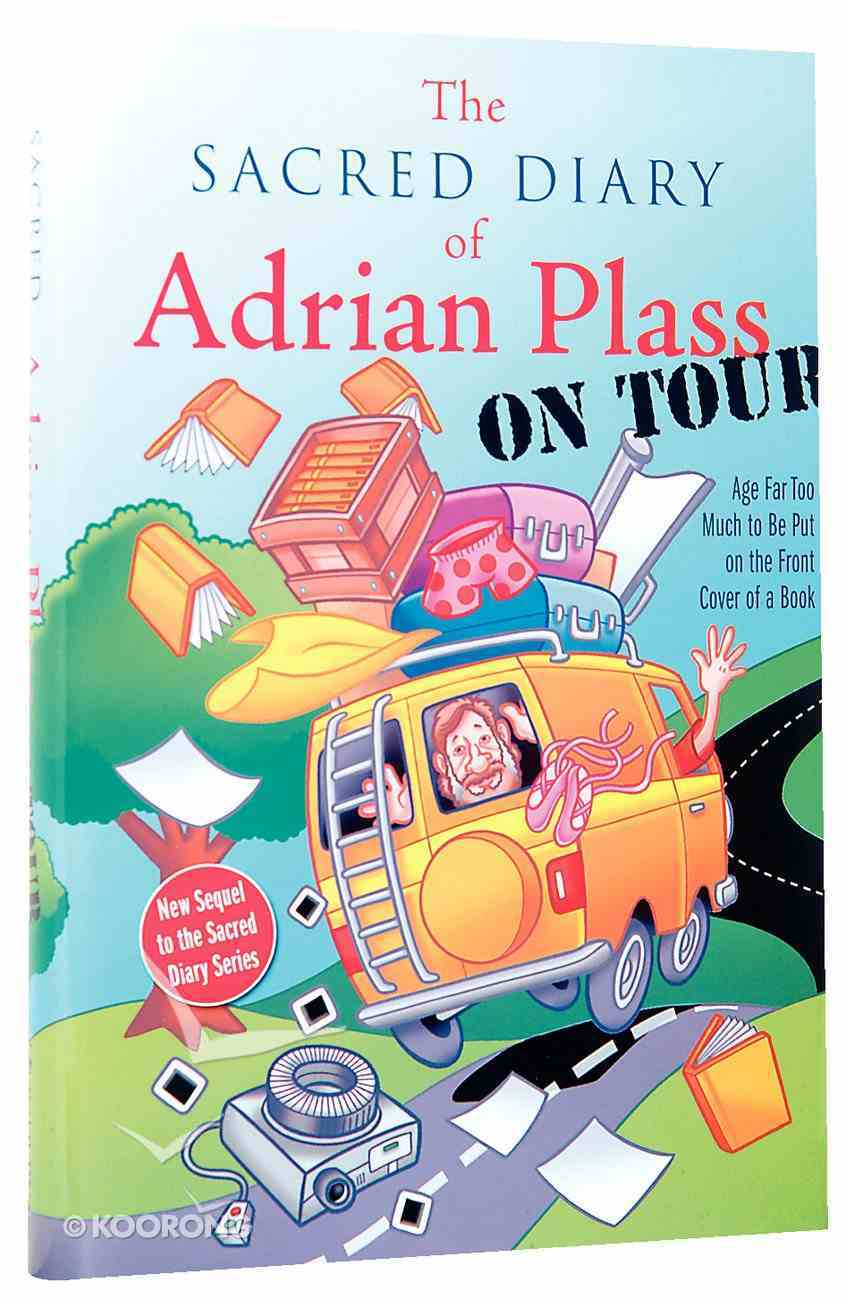 The Sacred Diary of Adrian Plass on Tour

The latest offering from Adrian Plass sees all your favourite characters (and a few new ones) embarking on a weird and wonderful tour of speaking engagements! Join them as they journey into the strange and unpredictable world of "life on...

The latest offering from Adrian Plass sees all your favourite characters (and a few new ones) embarking on a weird and wonderful tour of speaking engagements! Join them as they journey into the strange and unpredictable world of "life on the road"!

The hilarious journal of Sacred Diary's Adrian Plass which documents the mishaps and successes of his seven-day speaking tour.
-Publisher

We got our first taste of Adrian Plass's outrageous humour in The Sacred Diary of Adrian Plass, Age 37 and The Sacred Diary of Adrian Plass, Age 45 . With over 2 million copies sold, these beloved bestsellers naturally placed the author's fanciful alter-ego in great demand as an inspirational speaker. And of course, his touring experiences have led to all-new stories to share with his friends. This sequel to the first two books will doubtless secure the Sacred Diarist's reputation as a spiritual authority. It's probably not the reputation he's hoping for, but it's the perfect medium for a bucketful of laughter. So meet the speaker, meet the crew and take a seat. It's time to join Adrian Plass on tour! Anne seems to think it would be a good idea to let people see some of the diary entries I've written in connection with the little seven-day speaking tour that she and I have just done. On that innocent note, Adrian Plass whisks us along on one of the zaniest tours in his career as a Christian speaker. Besides his wife, his fictional entourage includes Gerald, his grown son, who is now a wise-cracking vicar; high-strung Leonard Thynn and his talented but surrealistic girlfriend, Angels Twitten; and the tour's Scripture-spouting benefactor, Barry Ingstone. First stop is the church of St. James the Hardly Visible at All, where a dour caretaker is waiting to set the tone for things to come. So hop on board - the tour is leaving, and you don't want to miss a thing.
-Publisher