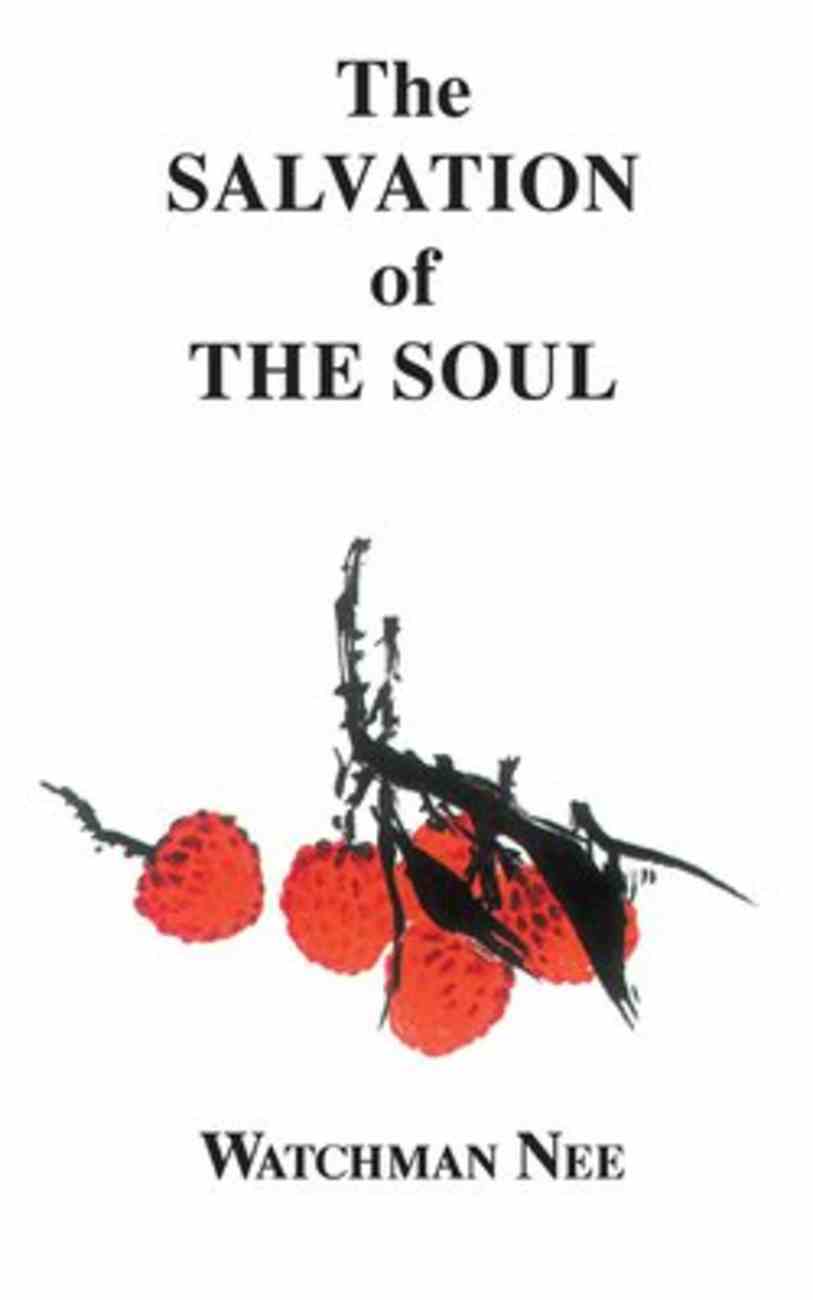 The Salvation of the Soul

This volume presents a collection of various messages given by the author in Chinese in the early years of his ministry. The three messages which make up Part One, The Salvation of the Soul, first appeared serially in Chinese during...

Gleanings in the Fields of Boaz
Watchman Nee
Paperback

When the Soul Listens
eAudio

This volume presents a collection of various messages given by the author in Chinese in the early years of his ministry. The three messages which make up Part One, The Salvation of the Soul, first appeared serially in Chinese during 1930 in the weekly publication of The Messages and was reprinted in booklet form in 1974 by The Christian Publishers, Hong Kong. The original sources for Part Two, The Life That Wins, are three booklets that were published in Chinese by the Gospel Book Room, Shanghai, and which bear the same three titles herein adopted. Scripture quotations are from the American Standard Version of the Bible (1901), unless otherwise indicated.
-Publisher

The subject before the readers of these pages is one which is commonly overlooked by God's people. Yet we are definitely told by the Lord this word: "A salvation ready to be revealed in the last time... Receiving the end of your faith, even the salvation of your souls" (1 Peter 1.5,9). As the end draws nearer and nearer, it is incumbent upon Christians to know what the salvation of the soul is. In Part I of this volume of the author's, Watchman Nee presents to us the meaning, the means, and the manifestation of the soul's salvation: the meaning is self-denial, the means is the cross, and the manifestation is the kingdom. And in Part II he approaches the same subject still further but from a different perspective by showing the sphere of the believer's salvation, the secret of a victorious life, and the faith by which such life is lived. This book is offered as a companion volume to another work of Mr. Nee's, The Latent Power of the Soul,* and serves as an answer to the problem discussed in that work of the inordinate power hidden deep within man's soul. Because this latest volume reveals to us God's positive way with our soul, it is hoped that the reader may gain from its pages a greater appreciation for the dimensions of God's salvation so graciously given to man.
-Publisher

Watchman Nee was a Chinese Christian teacher whose numerous works have been widely translated into many languages. Born in 1903, Nee became a Christian at the age of seventeen and began writing the same year. He was imprisoned by Communist Chinese authorities in 1952 and died in prison twenty years later. Nee's books include Come, Lord Jesus; A Living Sacrifice; The Normal Christian Life; The Communion of the Holy Spirit; The Finest of the Wheat; and Love Not the World; among many others. Since the early 1970s, Stephen Kaung has translated more than forty of Watchman Nee's simple, yet profound books for western audiences.-Editorial Review.