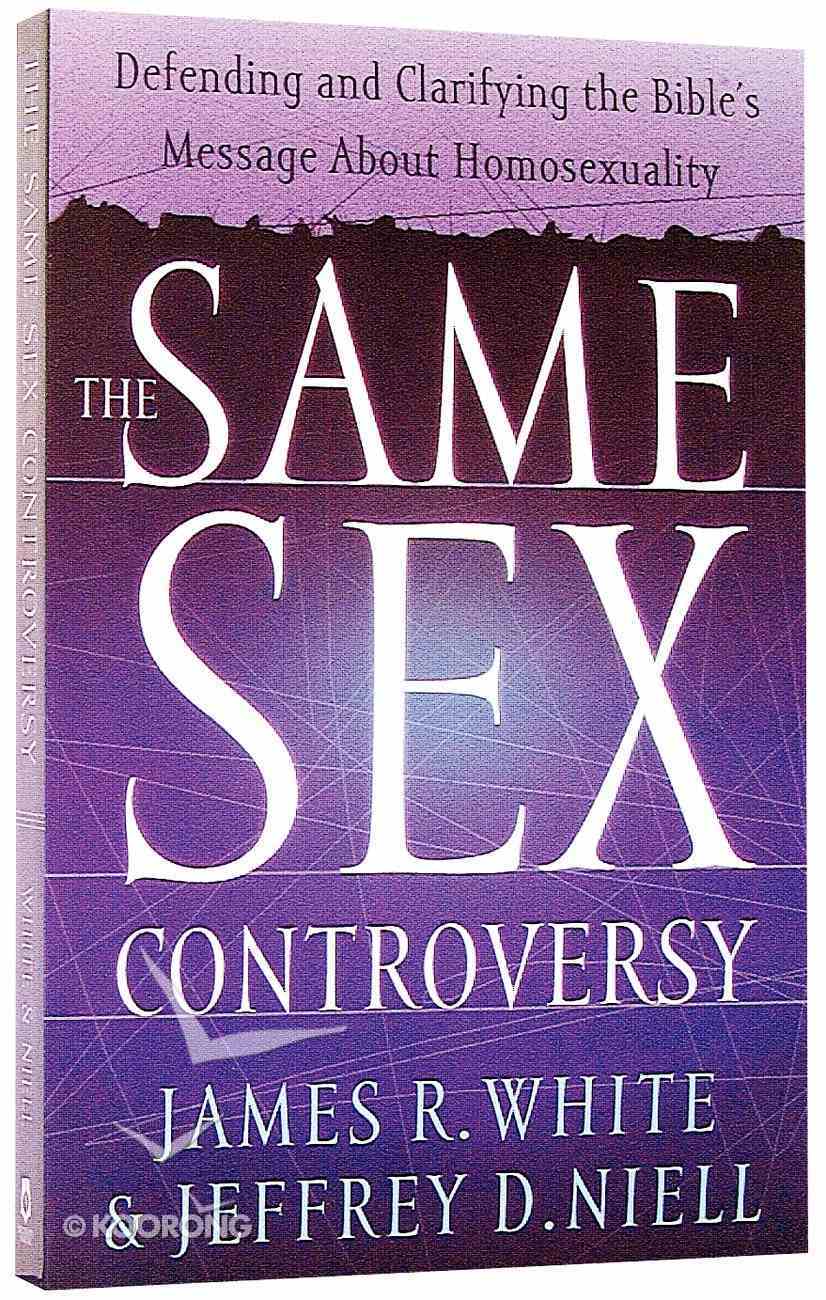 This book explores the Bible passages that deal with homosexuality. In a straightforward and loving manner, the authors appeal to those caught up in a homosexual lifestyle to repent and return to God's plan for His people.

What Some of You Were
Christopher Keane (Ed)
Paperback

All But Invisible: Exploring Identity Questions At the Intersection of Faith, Gender, and Sex
Nate Collins
Paperback

This book explores the Bible passages that deal with homosexuality. In a straightforward and loving manner, the authors appeal to those caught up in a homosexual lifestyle to repent and return to God's plan for His people.

In the guise of tolerance, Hollywood and modern culture have granted "alternative lifestyle" status to a behavior condemned by Scripture. In the Same Sex Controversy, the authors clarify and defend the Bible's stand on homosexuality as they expand on key passages. Subjects include the basis of biblical morality, biblical teaching on marriage and sexuality, the new "homosexual apologist," and both Old and New Testament witnesses against homosexuality. They also provide information on how to lovingly and biblically reach out to those caught up in its grip.
-Publisher

A Clear Biblical Response to The Same Sex Controversy In the guise of tolerance, modern culture grants "alternative lifestyle" status to homosexuality. Even more disturbing, some within the church attempt to revise and distort Christian teaching on this behavior. The authors write for all who want to better understand the Bible's teaching on the subject, explaining and defending the foundational Bible passages that deal with homosexuality-including Genesis, Leviticus, and Romans. Expanding in these Scriptures, they refute the revisionists' arguments-including the claim that Christians today need not adhere to the Law. In a straightforward and loving manner, they appeal to those caught up in a homosexual lifestyle to repent and return to God's plan for His people.
-Publisher

Niell has an M.A. from Fuller Seminary and is the senior pastor of an Evangelical Covenant church. He lives with his family in Phoenix, Arizona.

James R. White is the author of several acclaimed books, including The King James Only Controversy, The God Who Justifies, Scripture Alone:Exploring the Bible's Accuracy, Authority and Authenticity; Same Sex Controversy:Defending and Clarifying the Bible's Message About Homosexuality and The Forgotten Trinity. He is an elder of the Phoenix Reformed Baptist Church, director of Alpha and Omega Ministriesa Christian apologetics organization, an adjunct professor with Golden Gate Baptist Theological Seminary, and a professor of apologetics with Columbia Evangelical Seminary. He and his family live in Phoenix.