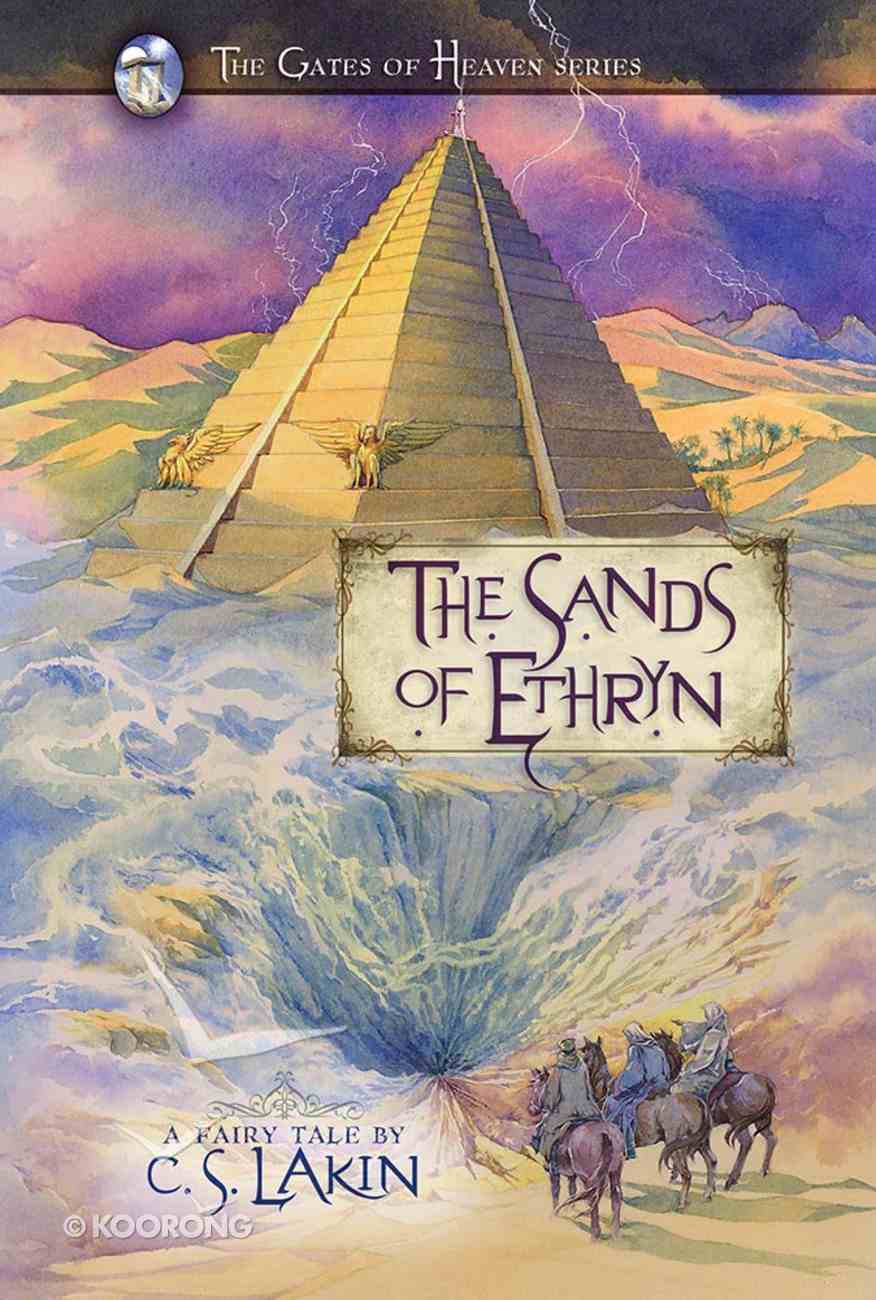 The Sands of Ethryn (#06 in The Gates Of Heaven Series)

The ancient and acclaimed land of Ethryn is dying from pervasive drought, and while the king searches to find water, a mighty tower is uncovered in the desert. King Kael hopes the scroll found near the altar will tell of...

The ancient and acclaimed land of Ethryn is dying from pervasive drought, and while the king searches to find water, a mighty tower is uncovered in the desert. King Kael hopes the scroll found near the altar will tell of water sources, but when he touches the gemstone set in the altar, he falls into a coma that transports him back five thousand years where he is a slave building the tower.

Sha&#8217;kath, the wizard who oversaw the building of the tower all those centuries ago, had cast a spell that brings sand bubbling up from the ground so the workers can make bricks and complete the tower&#8217;s construction.

In the past, the king, whose is a young villager named Lael, is pursued relentlessly by God, given visions and declarations that he has been chosen to be a deliverer and a prophet, but Lael keeps fleeing. Then, when the tower is completed, heaven appoints him as deliverer, and he and his companions escape and head to their villages. God directs Lael to the sacred site and makes him the Keeper, then reveals his great power as he brings down judgment upon the world, confusing languages and scattering all in rebellion and defiance. Lael is shown the beginnings of Ethryn&#151;a fertile and prosperous land that will become a great kingdom&#151;and then he returns home to his family, where he fully embraces his destiny and delivers those who will listen. God then destroys his village with fire, but Lael leads his contingent to the sacred site and a new beginning.

At the end of his life, Lael&#151;who has watched Ethryn grow and prosper and who has been a gifted healer&#151;returns to the tower to place his poem in the chest and put the gemstone on the altar. Before he takes his last breath, he turns and sees a girl&#151;who is Ra&#8217;daf of the future&#151;and when he dies, King Kael in the future wakes from his long sleep. Upon awakening he finds Ra&#8217;daf nearly dead by his bed&#151;for the vizier had tried to stop her from waking the king with the amaranth in the vase. Lael heals her, and the vizier flees, unable to locate his secret chamber, but intent on discovering the locations of all seven sites and destroying them all. Kael, upon reviving, now
knows where the site is buried under sand and takes his people there, where he again is set up as Keeper, and now, with heaven&#8217;s blessing, water erupts from the ground and ends the drought.