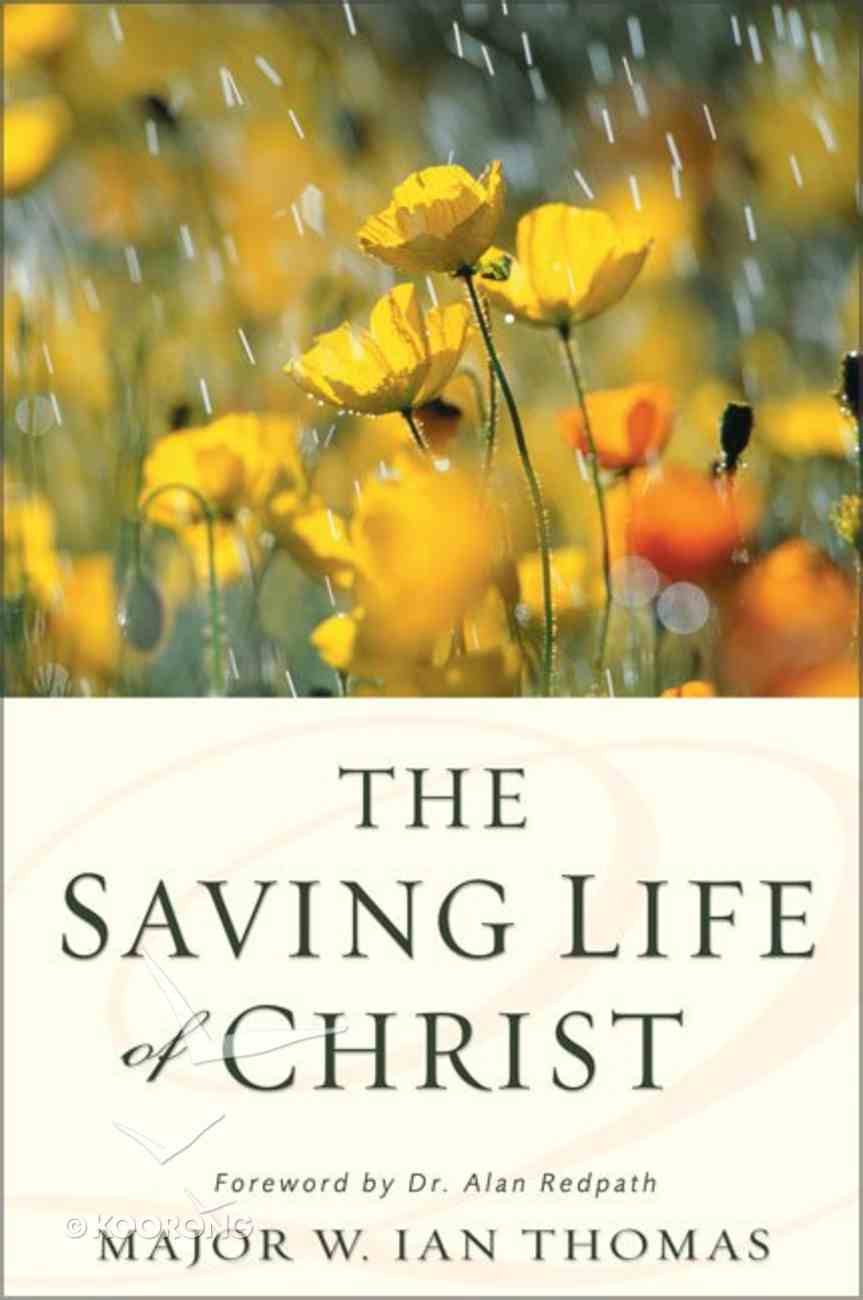 The Saving Life of Christ

"This book is simply written and will be of much help to new converts and defeated Christians in starting them off to a victorious spiritual life."-- Bibliotheca Sacra"Major Thomas points out how many dedicated people, ministers, Sunday school teachers, and...

"This book is simply written and will be of much help to new converts and defeated Christians in starting them off to a victorious spiritual life."-- Bibliotheca Sacra"Major Thomas points out how many dedicated people, ministers, Sunday school teachers, and the like, have come out of the old life but never gone on to the full, joyous life in Christ. He writes with fresh insight into many Bible passages, and challenges Christians to walk on and take the victory that is already won."-- Faith at Work ." . . a very inspiring and helpful book."-- Baptist Standard"This is one of the most helpful treatments of a neglected subject which has come to this reviewer's attention."--The Baptist Bulletin." . . the author evidences keen insight into the definition and activity of the two natures of the believer and the path to victory. This path is explained with refreshing theological objectivity."--The Sunday School Times"A deeply spiritual study of the doctrine of the indwelling Christ. . . . Comp
-Publisher

Says Dr. V. Raymond Edman in his introduction, "Some Christians learn that the Lord can make life an adventure. Major Ian Thomas of England is one of them. The major is every inch a soldier. With his infantry battalion he served in the British Expeditionary forces in Belgium at the outset of World War II, and took part in the evacuation at Dunkirk. Often in combat he found the Lord Jesus to be his complete sufficiency. The major is likewise a soldier of the cross, faithful to the Captain of our salvation. He has found life an adventure with God and for Him, a pageant of triumph in Christ."
-Publisher

Major W. Ian Thomas has spent his life in Christian ministry. He founded and directed the Torchbearers, an international evangelistic organization, and is also the author of If I Perish, I Perish.